Blackbird singing in the dead of night… but why? 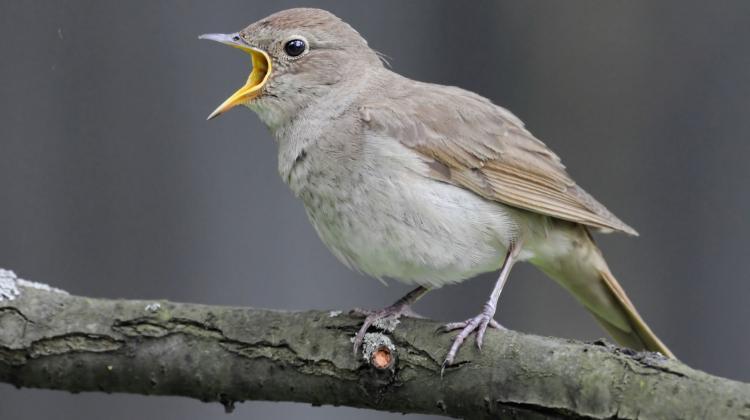 A researcher from the Adam Mickiewicz University in Poznań is trying to find out why daytime birds sing at night.

Although the night time activity of daytime birds such as the thrush, nightingale, sedge warbler and whinchat have been mentioned in literature dating back to the 19th century, these were usually incidental observations of only a few bird species after dusk.

But the reasons for their behaviour still remain a mystery.

Kinga Kułaga from the university’s Faculty of Biology has now received a Diamond Grant from the Ministry of Science to study the phenomenon.

She said: "This issue is still not well understood. As part of my project, I will make a detailed assessment of the nocturnal voice activity of daytime birds occurring in Poland in various habitats."

Kułaga who recived her grant earlier this year, says that modern publications on daytime birds singing at night mainly concern North American species. Research carried out to date in Europe usually identifies light pollution caused by man as the reason for this activity. This includes street lamps and building illumination. However, these analyses only concern individual species.

Her preliminary research in the area of the Upper Nurzec Valley (Podlasie) shows that approx. 25 percent of birds that vocalize (including singing) also do so at night. These include nightingale, cuckoo, grasshopper warbler, sedge warbler and whinchat.

"The Upper Nurzec Valley is an area of drained peat meadows stretching along the Nurzec River, a place quite remote from anthropogenic light pollution," says Kułaga.

She therefore suggests there may be other reasons for the phenomenon in places where the main source of night light is the Moon.

The Poznań biologist will now use automatic sound recorders and focus exclusively on singing species. During the breeding season, the recorders will be hung on trees, at 60 points in the Białowieża National Park, Biebrza National Park and the Upper Nurzec Valley. These will be both forest and open areas. In addition, a light intensity recorder will be placed at each spot.

"The data obtained can be crucial in understanding, for example, sexual selection in songbirds. I will also test several hypotheses explaining the possible function of night singing," she adds.

Kułaga will also use playback in her research. Recorded night songs of birds will be played back from speakers to other birds. Then the biologist will observe their reactions based on recordings from camera traps.