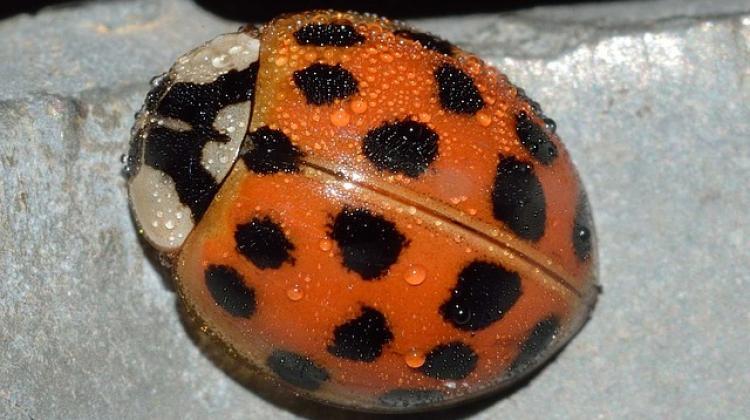 A leading insect researcher has suggested building hotels for ladybirds to keep them out of people’s homes and protect them during the winter months.

Dr. Stanisław Czachorowski from the University of Warmia and Mazury says that instead of killing Asian ladybirds, which confuse windows with mountain crevices, creating insect hotels, reducing the number of trees cut down in cities and limiting the amount of leaf raking will help native and foreign species find shelter for the winter.

The entomologist said: "If we do not want ladybirds in our homes, then let`s create living conditions in the city for them.

“Since we are building hotels for pollinating insects, we can also hang special houses for ladybirds in the form similar to houses for butterflies.

“In the past, insects could hide in attics, under roof beams, in gaps.

“Today our attics are cleaned and closed. That is why we must create insect habitats in parks, in old rotting trees, in cones and leaves."

Because ladybirds are attracted to each other by their smell, it is easier for them to survive the winter in a cluster.

But this is nothing for people to be concerned about, says Czachorowski.

"This is a new phenomenon, so it causes fear. But there is nothing to fear, the Asian ladybird is not dangerous.

“It is not venomous; it has small ruminants and even if it pinches our skin when pressed and leaves a secretion called hemolymph, it cannot do you harm," he said, adding that although a ladybird bite may cause an allergic reaction, it is not as dangerous as the sting of a hornet.

One of the best way to create suitable urban conditions for ladybirds, Czachorowski says, is to build insect houses with a large number of crevices and to hang them high up.

He also suggests leaving tall trees with hollows in cities as they can serve as shelters for native and foreign insect species.

The entomologist said: “Whether we want it or not, the Asian ladybird is here to stay.

“Let`s take in these few ladybirds - they won`t hurt us, and they may become a topic of research on genetic and species variability."