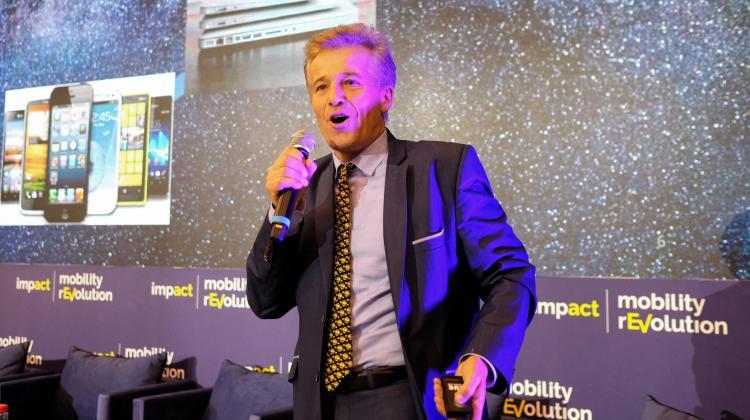 New space research is a great opportunity for Poland. Poland should become a world leader in the construction of small interplanetary ships, NASA engineer Artur B. Chmielewski said during the lecture accompanying the 10th Night at the Institute of Aviation.

Artur B. Chmielewski works at the NASA`s Jet Propulsion Laboratory in California as a space mission project manager - including Rosetta, Galileo, Ulysses and Cassini-Huygens missions. He is the son of a popular Polish comic book author Henryk Jerzy Chmielewski.

According to Chmielewski, years ago Poland could not participate in the space program, because the costs of such an undertaking were too high, everything was bigger and heavier. "One of the vehicles weighed 6 tons, and the mission cost was $ 2.5 billion," he recalled. "Rovers were also becoming larger and more complex. Computers used to grow as well, from a small desk to huge rooms," said the lecturer, stating that they really changed our lives when they began to shrink.

"I think the same thing is now happening with spaceships. Now a ship does not cost $ 2 billion, it can cost $ 200,000 or $ 20,000. Polish engineers have already built several small satellites: four months ago a satellite was launched by a Wrocław company, Warsaw University of Technology made two satellites, brilliant students also built a satellite," he said.

So which objects could Poles help explore? In his opinion, Venus is one of them. It is a "little hell - you will heat up red, sulphuric acid will dissolve you and the pressure will crush you." NASA is planning a probe mission using a stainless steel balloon and a wind turbine-powered equipment cooler. "Polish engineers are great when it comes to wind turbines" - he noted.

The Moon can be the next object. "NASA believes that the Moon will be conquered by companies that will mine resources and profit from it. Construction of bases will be difficult and dangerous, which is why robots will be needed - and Polish companies know how to build them. NASA is currently testing PIAP robots. They are extremely resistant to everything, as PIAP builds them for NATO," Chmielewski explained.

In turn, according to Chmielewski, Polish drones may be useful on Mars. "The Institute of Aviation is working on drones and they have amazing technology. They are leaders when it comes to autonomous drones. That is why we invite you to cooperate, because the next Mars missions will use dozens of these drones," he noted.

"Ultimately, a base will be built on Mars. I think the next mission should be Polish - a small spaceship," he said and reminded about the consortium of Polish universities, the Wrocław company SatRevolution and the American company Virgin Orbit, which was planning to send a Polish satellite to Mars and its moons.

As he said, NASA scientists were also passionate about the small moon of Jupiter - Europa. Researchers are looking for traces of life there, because the ice on the surface of Europa protects against cosmic rays, so life can develop under it. "We would like to find at least one bacterium," he added. "We are also passionate about the moon of Saturn - Titan. Like Earth, it has rivers, lakes, gorges, dunes. We are sending the Dragonfly mission: a drone that will fly in the atmosphere of Titan and search for life," he described and mentioned that there was also a scientist at the Institute of Aviation who studied geysers in Titan.

To get through the kilometre-thick ice cover, e.g. on space objects, you need a drill. This is also an opportunity for Poland, which already has experience in extraterrestrial drilling and construction of robots for this purpose. "To study another Saturn moon - Enceladus, we want to build robotic +eels+ that could study cracks in its shell," he announced.

Uranus may be another opportunity. "It has 27 moons and we want to land on each of them. Polish engineers could build a probe or one of the landers. The mission is scheduled to start in 2026," he said.

Neptune`s moon - Triton is also very interesting. "There could be life in its ocean. During the passage of a space probe, we can explore only one side of the planet, but Polish engineers could build a small probe that would explore the other side, take several photos, take measurements and transfer data to the parent ship," he said. "Poland should become a world leader in the construction of small interplanetary ships" - Chmielewski concluded.