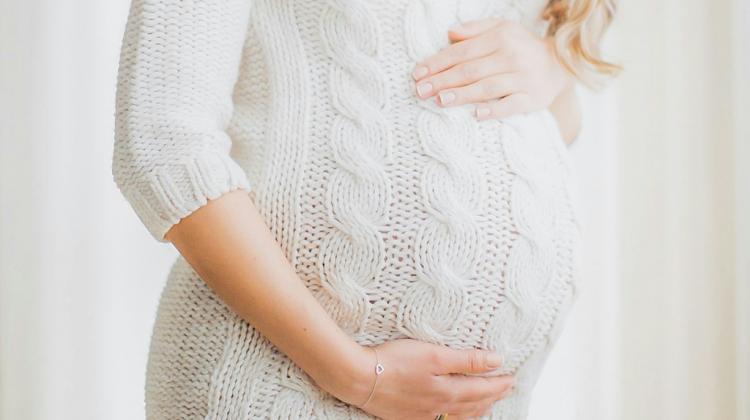 For women, the best time for pregnancy is between 25 and 30 years of age, says Professor Krzysztof Łukaszuk. Science published research co-authored by Łukaszuk on genetic defects that - depending on age - occur in egg cells. These results could help to treat infertility.

"We know that in a 40 years old woman, 80 percent of egg cells have genetic defects. In a 43-year-old, it is 90 percent. That`s why these women either can`t get pregnant at all, or - if they do get pregnant - then in a large part of cases, they naturally miscarry", Prof. Krzysztof Łukaszuk from INVICTA Fertility Clinics and the Medical University of Gdańsk says in an interview with PAP.

But genetic errors in the process of egg cell maturation may also occur in young women, albeit for different reasons. "It`s best to get pregnant between 25 and 30 years of age", sums up Prof. Łukaszuk.

The scientist is a co-author of a publication in Science. An international team described the mechanisms responsible for age-dependent female fertility changes. As it turns out, errors in the process of egg cell maturation occur in different ways in younger and older women. The publication was created under the supervision of Eva Hoffmann from the Danish University of Copenhagen.

"It has long been known that both very young women and mature women have more problems getting pregnant. Our research shows that each of these age groups has a different mechanism of genetic error in egg cells. There is a whole molecular clock that must be adjusted at the beginning of women`s reproductive life, then it works well, and then gradually extinguishes fertility", says Prof. Łukaszuk.

Now, knowing how genetic deficiencies occur in egg cells, scientists can begin to look for ways to prevent such defects.

Currently, in order to reduce the risk of miscarriages, increase the chances of pregnancy and giving birth to a healthy child, so-called preimplantation genetic diagnosis (genetic testing of embryos) is used. Researchers will now check, for example, if abnormalities can be corrected pharmacologically. And this would be a chance for more effective therapies for women who are struggling with infertility, also without the need for in vitro fertilization.

CELL DIVISION IS NOT ERROR FREE

In the vast majority of cells in the body we have a safe supply of all genes, as many as two sets of them: a set of genes from the mother and a set from the father (a person usually has 46 chromosomes, 23 chromosomes from each parent). Meanwhile, for reproductive cells (ova or sperm) to form, meiosis is needed. In simple terms, in this division the cell gets rid of the spare set of genetic material: a half of all these genetic cards, and retains only a single set (23 different chromosomes). In addition, in this set the father`s genes are shuffled with the mother`s genes.

However, errors can occur during this complicated gene shuffle and split operation. For example, an excess chromosome can remain in an egg cell. Or one chromosome can be missing from a 23-part set. This is called aneuploidy.

If fertilization occurs, such an error in the number of chromosomes usually disqualifies the embryo and its development stops.

"80 percent of natural miscarriages up to the 8th week of pregnancy are pregnancies with aneuploidy", explains Prof. Krzysztof Łukaszuk. He adds that only in a small percentage of cases aneuploidy does not cause pregnancy death. These few exceptions are children with Down, Patau, Turner`s or Edwards` syndrome. "But in the case of Edwards` or Patau syndrome, the child usually dies within a year of birth", the researcher comments.

We now know which aneuploidy in eggs is more common, at what age it occurs and in what way. "For example, we already know that in young women, this type of error most often occurs in large chromosomes (1-5). Aneuploidy then causes changes so severe that the child is usually not born. Among older women, there are more disorders in the number of acrocentric chromosomes (13-15 and 21-22). They are smaller, contain fewer genes, hence the birth of a child with a defect is more common", the researcher reports.

The mechanisms of the formation of abnormalities are also different. To put it simply, in young women errors are most often associated with pairs of duplicated chromosomes, in mature women they usually involve a single duplicated chromosome. "Thanks to this new knowledge, we can now work on preventing such disorders", the scientist says.

According to Professor Łukaszuk, the research published in Science is mostly based on cellular material collected from Polish patients. "The law in Poland provides that in the case of women up to the age of 35 at their first in vitro attempt, up to 6 eggs can be fertilized", says Prof. Łukaszuk. Many women would donate the remaining, unused cells collected during the procedure for scientific purposes. "Thanks to this, we had access to mature egg cells. It was very difficult to find such research material abroad", the researcher says. He adds: "All these women deserve gratitude. Their decision can contribute to medical progress and the possibility of even more effective treatment".