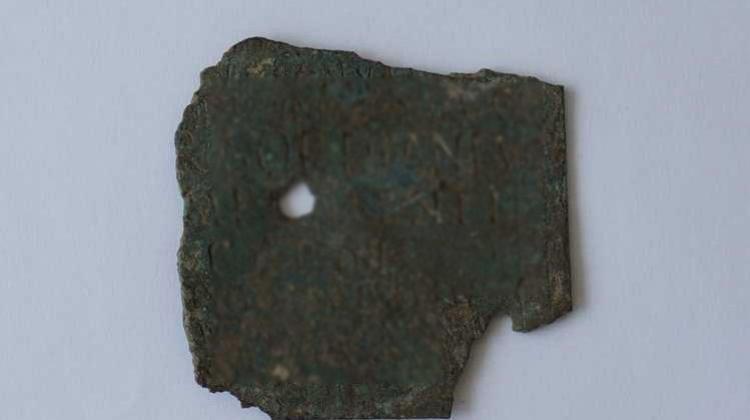 Polish archaeologists working at the Legion camp in Novae (Bulgaria) discovered a fragment of document certifying the granting of Roman citizenship to a legionnaire. This is the first object of this type found at this site. Scientists hope that we will soon learn the name of the legionnaire and details of his life.

Warsaw archaeologists have been conducting excavations at Novae (near Svishtov) for over half a century. Each year, their work reveals further details about the life of members of two historically important legions: the Augustus` Eighth Legion and the First Italian Legion. Relics of the camps from two thousand years ago have been preserved in Novae.

This summer, during excavations in the ruins of a luxurious house of a centurion (Roman officer), archaeologists came across an important artefact. 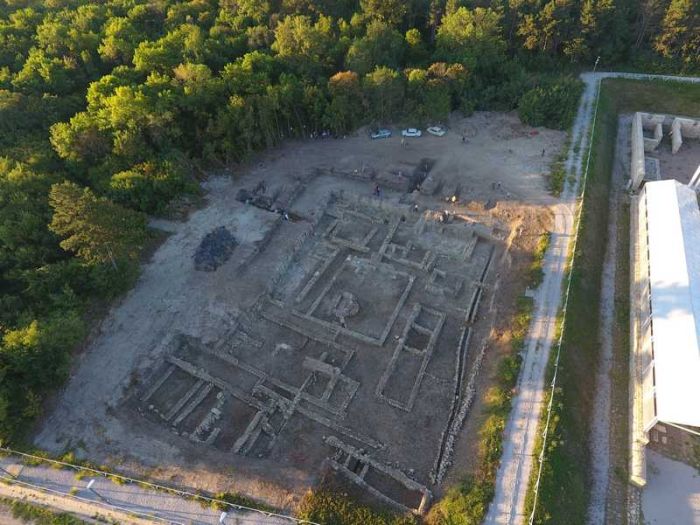 "It was a fragment part of a document certifying that the emperor granted Roman citizenship to a legionary after he completed his service", says head of research at Novae Prof. Piotr Dyczek from the Antiquity of Southeastern Europe Research Centre of the University of Warsaw. The partially preserved certificate was engraved on a bronze plate. Archaeologists have not yet deciphered the entire text.

In total, approx. 1,000 similar documents are known from the entire area of the Roman Empire, but very few are from the Danube region. This one dates back to over 1,700 years ago, when Emperor Gordian III ruled (238-244 AD).

The full document usually consisted of two "pages". They had small holes at the long edges, through which the chain was threaded to connect attach the two parts. "Interestingly, not everyone could look inside the document, not even its owner, because each time after checking its content, officials would seal the chains", says Prof. Dyczek. The goal of this procedure was to prevent copying and forging these important certificates.

In the early years of the Roman Empire, only Roman citizens, people from the Apennine Peninsula, could serve in the Roman army. This changed in the 3rd century AD. Rome needed more soldiers to defend its borders, which is why barbarians who were allies of the Empire, people from outside the original borders of the Empire, were also allowed to enlist. Over time, the Empire expanded its borders and troops were recruited in the new lands, even though they were not Roman citizens.

"After a minimum of 25 years of service, legionaries who became veterans were rewarded in various ways. For example, those who were not Roman citizens could obtain citizenship", says Prof. Dyczek. Why was this so highly valued? The archaeologist explains that citizenship opened the way to social advancement: a veteran, whose document Polish researchers found, could successfully run for important public offices and, for example, be elected mayor. 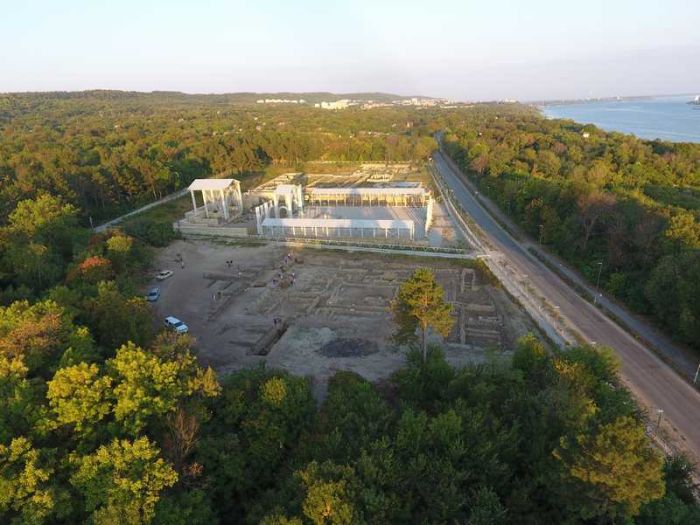 Professor Dyczek suspects that the owner of the document was 40-45 years old at the time of receipt (because legionnaires enlisted about the age of 20). "This means that he still had some 20-30 years ahead of him and could get rich thanks to his citizenship", he adds.

A copy of citizenship certificate was archived in Rome in the form of papyrus. But the key was the original document held by the owner. "Its loss could even be treated as a loss of identity", Prof. Dyczek emphasizes.

The head of research hopes that in half a year, when cleaning and conservation of the document is completed, we will learn the name of the awarded veteran and details of his life.