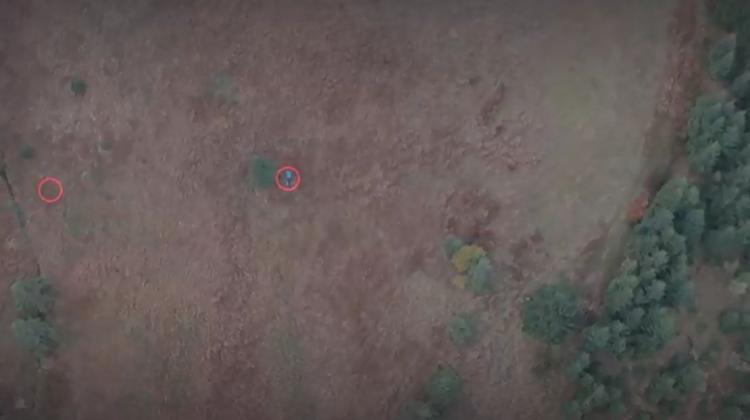 The system SARUAV, the purpose of which is to locate a missing person in the open, should be ready for use in search operations in two years. We are now working on issues including the reduction of image processing time, says Prof. Tomasz Niedzielski from the University of Wrocław.

The system for locating missing persons in the open was developed by Prof. Tomasz Niedzielski and his team from tech company SARUAV sp.z o.o., operating under the auspices of the University of Wrocław.

He says that the system first determines the area where the missing person is likely to be found. "This is done by means of several mathematical models that take into account both the specific traits of a missing person (because a child or a sick person moves differently than a tourist or a cyclist) as well as coverage and terrain data. A person travelling on the road usually moves faster than a person moving through thickets, forest or wetlands", he explains.

Once the search area is set, a drone is deployed with the mission of taking aerial photographs, in which a special algorithm identifies a person. According to the scientist, this is done by searching for specific colour anomalies in the images, which are then checked for similarity with specific human characteristics. At the same time, the system can determine the coordinates of identified places, which will allow rescue services to quickly reach the victim.

According to Niedzielski, the stage of narrowing the search zone takes 10 to 20 minutes, while the key problem for the team is to minimize the time needed to process photos taken with a drone.

"Our first attempts ended at 20 minutes per image, now we are below 10 minutes", he explains and adds: "We are doing two things at the same time: we are shortening the calculation time, but we are also trying to increase detection efficiency. We are working on the algorithm, and then we will work on the way to run calculations and speed them up using the computing infrastructure".

The scientist assures that the system is programmed to distinguish between man and animal. "Importantly, it is not based on thermal information, in which case this mistake would be almost certain. It is based on photographs taken in visible light or near infrared light, because we want to offer it to a wide range of users", says Niedzielski.

He adds that the goal is for SARUAV to work well when using simple digital cameras. The key is high resolution images. "The pixel size should be 4-5 cm; then human detection with our system can be effective", he explains.

Niedzielski assures that if the camera and the capabilities of the unmanned aerial vehicle allow it, the system can work in the rain or light haze. "If a visual analysis of aerial photos is carried out, human detection is not easy, but the algorithm successfully accomplishes this task".

A problem to solve is overrepresentation of objects the system recognizes as humans. Therefore, scientists also focus on minimizing the number misinterpretations.

The goal of the SARUAV team is to create a ready-for-use system demonstrator in two years. For the needs of this project, a spin-off tech company was established at the University of Wrocław.