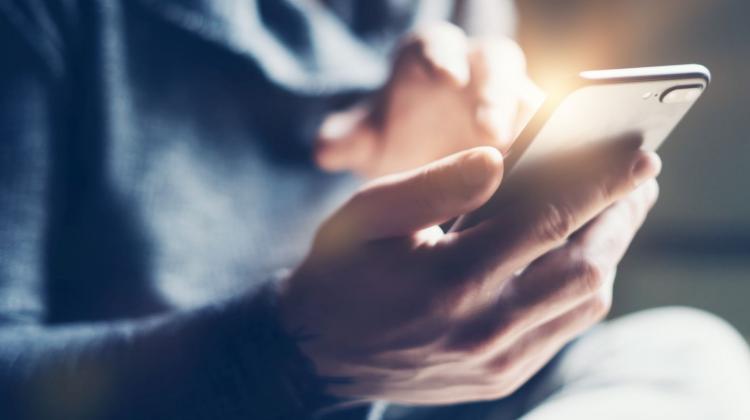 Polish innovators have designed a system that will enable contactless payments via Bluetooth. Their idea has already gained recognition abroad. The technology can be used, for example, in cash machines or identity confirmation operations.

"Our system makes it possible to make contactless payments with any phone and accept them with any device" - says Wojciech Zatorski, VP and co-founder of Braintri. He announces that within a few months this system will be installed in cash machines in one of the European countries.

The solution developed by researchers from Braintri in cooperation with researchers from the Warsaw University of Technology uses the Bluetooth protocol for payment, which is a novelty on a global scale. Bluetooth is supported by many devices: older and newer generation phones, tablets, cash registers and devices that form the Internet of Things. Bluetooth authorization will therefore be possible between two such devices.

"The novelty is that we have developed an algorithm that allows to uniquely determine the location of the Bluetooth device in space" - the innovator says.

Work on developing the project was possible thanks to a grant from the National Centre for Research and Development.

NFC (near field communication) technology has been used so far in contactless payments. It is used, for example, in city cards, identification cards and intercom chips. Inside the magnetic card there is a processor and an antenna. An external device, for example a payment terminal or a subway gate, generates magnetic field that powers the processor. Thanks to this, the chip is able to communicate with the terminal and perform calculations without its own power supply.

"But not all phones have a built-in NFC antenna. Therefore, not all phones can be used to pay in a shop, for example with Google Pay or Apple Pay" - Zatorski says.

Zatorski explains that NFC was invented for solutions that do not have batteries. Meanwhile phones do have batteries, and Bluetooth technology is more common in mobile phones than NFC. So it could be worthwhile to be able to use Bluetooth to authorize payments.

Bluetooth can work even if the devices are 100 meters apart (NFC only works from a distance of a few cm). This is a chance for new applications, but also a challenge for the scientists. "If we have three terminals in the store and several customers using contactless payment, then the question is who pays where. We were able to develop an algorithm that uniquely determines the device location in space. And thus it was possible to limit the possibility of conducting transactions to a certain distance from the terminal" - the innovator explains.

"Thanks to the algorithm, on which we worked with the Warsaw University of Technology, we are able to precisely determine the distance from which the payment can be accepted. For example, in a store it will be 3-5 cm. A transaction made from a greater distance will not be accepted" - he says. He adds that Bluetooth offers flexibility here. The permissible distance can be changed depending on the application. For example, at the motorway gates - for the convenience of drivers - it would be possible to set a greater allowable distance between the phone and the payment terminal, up to 10 meters.

What will the solution look like in practice? "The customer will launch the application on the smartphone, put the phone to the payment device in the store and accept payment in the application" - says Zatorski. He explains that for the convenience of customers, the Jiffee adapter has been developed in cooperation with the Warsaw University of Technology. This adapter can be attached to a cash register with a USB cable. The Jiffee adapter is not necessary to carry out the transaction, but it can facilitate it, if only because the customer will know exactly where to place the cell phone and whether the device has received the signal.

Dr. Andrzej Rychter from the Faculty of Electronics and Information Technology of the Warsaw University of Technology says that a robot for testing this new technology was created at his university. The robot repeatedly and precisely tested various configurations related to the nearness of devices. "There are different phones that have different built-in antennas, and users use different additional protective phone cases" - says Dr. Rychter. Thanks to the experiment data, the algorithm could be improved. "The idea was for the Jiffee adapter to work best with the algorithm" - the researcher notes.

According to Zatorski, within a few months the solution will to be installed in cash machines in one of the European countries. In Poland, Braintri does not enter the payment market with this solution for now because of the popularity of the BLIK system co-created by Braintri.

Jiffee is already used in Poland in identity confirmation solutions created by Braintri for clients. The model of operation is based on using the Bluetooth module in the phone to provide the selected recipient with a set of data about the sender or confirm a specific operation (not necessarily a financial one).