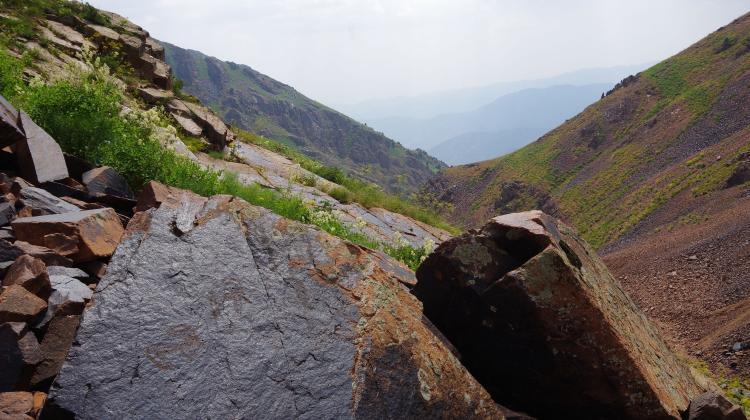 A team of archaeologists from Warsaw discovered a rich, previously unknown cluster of rock carvings in Uzbekistan. There could be thousands of depictions of animals, mainly ibexes; the oldest ones were made several thousand years ago, researchers estimate.

Researchers from the University of Warsaw have been conducting research in the Chatkal Mountains in the northwest of Uzbekistan for several years. So far, they have focused on excavations. They discovered the traces of several camps from 40,000 years ago.

"We received a signal from the local population that in a place close to our excavations there are visible carvings on the rocks. We decided to have a look. It turned out that the information was good. The number of carvings is enormous. Until now they were completely unknown to scientists" - says Dr. Małgorzata Kot from the Institute of Archaeology of the University of Warsaw, head of excavations in the area where the carvings were discovered. The research is financed by the National Science Centre.

The cluster of petroglyphs (rock carvings) is located on the slopes of the high mountain valley Kyzyl Dara. They are made on huge flat rocks located at an altitude of 2500 to 3100 m a.s.l. According to Dr. Kot, this is one of the highest situated places of this type with rock art in Uzbekistan. Rocks with carvings stretch over an area of several hundred meters. 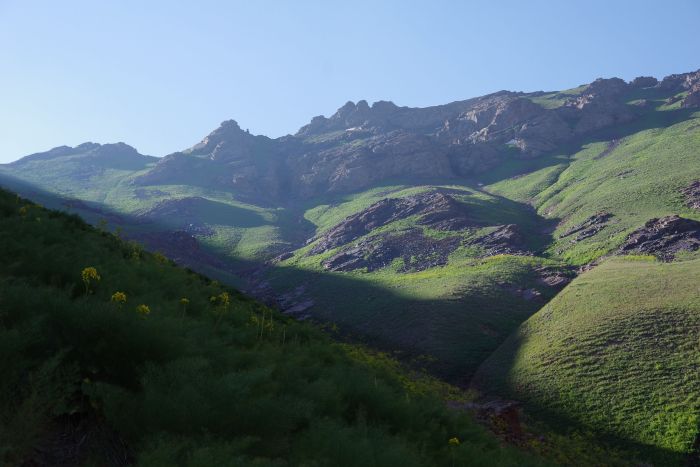 View of a part of the site at sunrise. (M. Leloch)

Depictions of ibexes predominate among the carvings. Researchers base this interpretation on huge, curved horns of animals. "The carvings probably depict Siberian ibexes. They are the largest ibex species on Earth. They are currently on the list of endangered species" - says a member of the research team Michał Leloch, who made preliminary documentation of some of the discovered petroglyphs. The length of the horns of these animals can reach nearly one and a half meters. Male Siberian ibexes weigh over 100 kg. 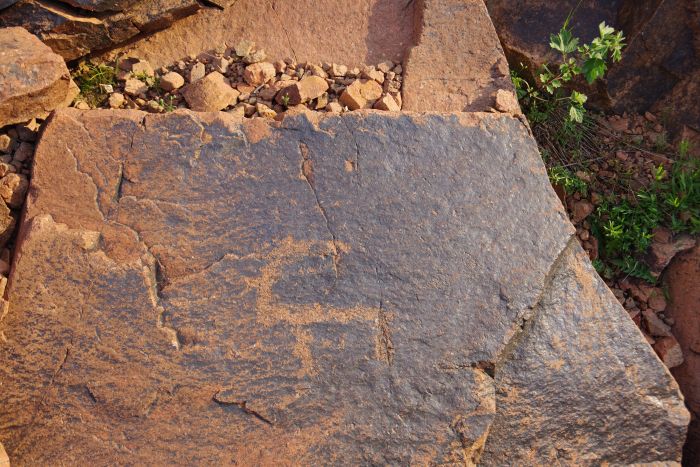 Currently, in the Kyzyl Dara valley, residents of nearby villages are grazing sheep in summer. But the area is not easily accessible. Reaching it from the nearest base takes a day-long climb. Despite the help of Polish mountaineers, the archaeological expedition was very demanding, the researchers say. 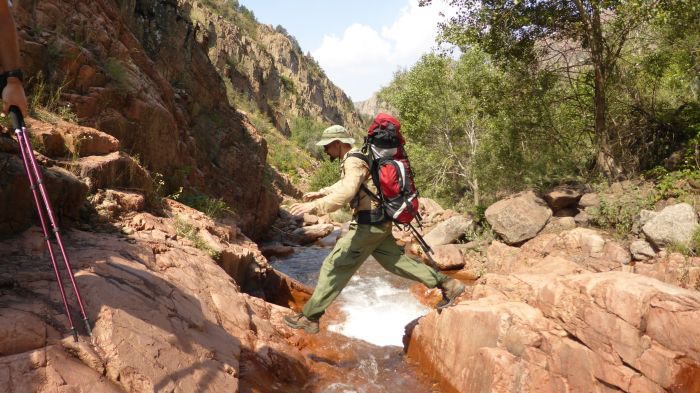 The way to the site. (J. Kadłubowski)

"After reaching the site, I started the inventory and documentation of carvings, and the others went higher looking for more clusters. We did not expect so many carvings. During the two days we spent there, we were unable to see everything even briefly" - adds Leloch.

Scientists want to return there next year for a longer period and to document other carvings, also using kites. 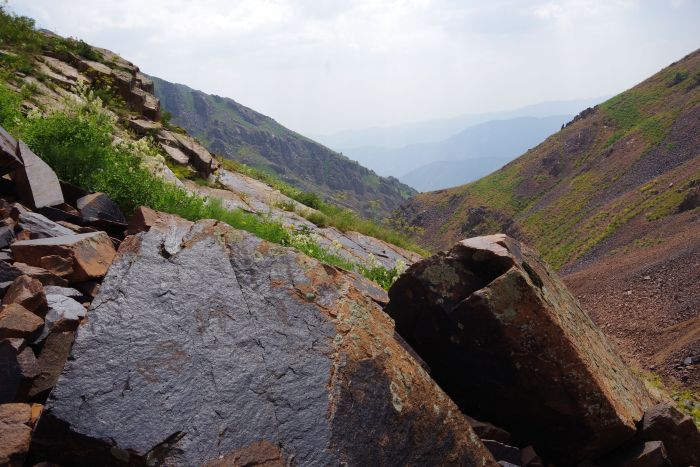 Researchers are wondering why former inhabitants of these lands were making petroglyphs. They don`t have a clear answer yet. "Maybe it was related to hunting magic, but the room for interpretation is huge" - says Leloch. In the first variant, making a carving could have been aimed at achieving a course of the hunt favourable to hunters. 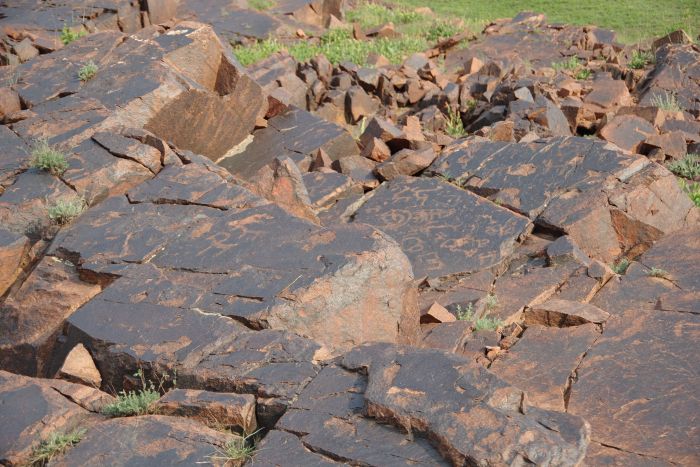 Some horns of ibexes in the carvings are very strongly curved, forming an almost closed circle. The motif of a cross or cobweb is inscribed in the circle. Researchers suggest that this may be related to solar symbolism or trance states.

Among the less numerous carvings are the depictions interpreted as arches and other animal species, for example deer, dogs and wolves. There are also motifs showing human hands, but slightly smaller ones than the real hands of an adult. 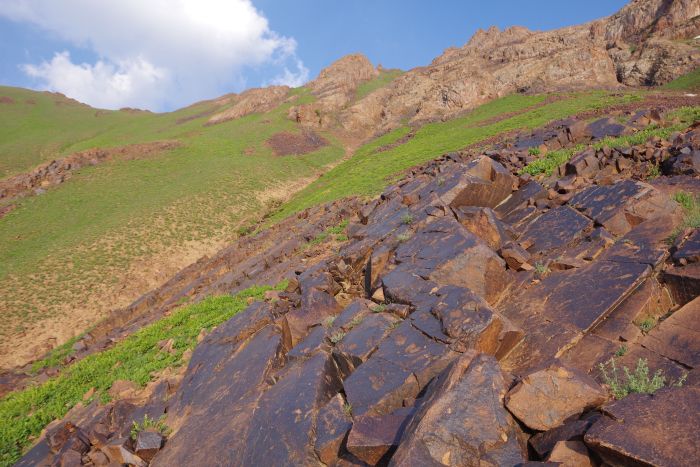 The oldest carvings can come from the middle of the second millennium BC, because the remains of nearby settlements and cemeteries come from that period times. But there are also clearly later carvings, probably even from the Middle Ages, the discoverers believe. 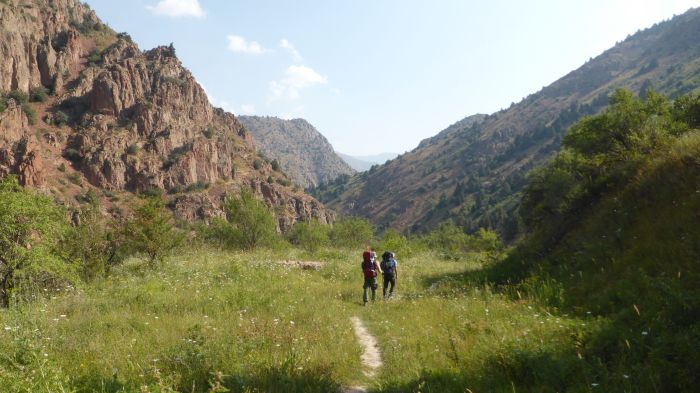 The way to the site. (J. Królikowski)

The researchers emphasize that until now clusters of rock art in Uzbekistan have been known mainly from lowland areas. All the more reason to examine the newly located ones, they emphasize.