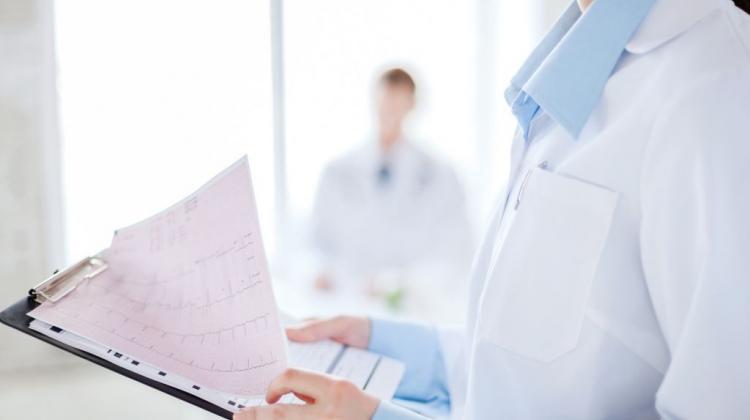 The study OVERCOME - ECG Algorithms for CRT ResponseEvaluation is carried out in the Electrotherapy Department of the First Department and Cardiology of the Medical University of Warsaw.

According to the Medical University of Warsaw release, its objective is to determine the patterns found in ECG of patients undergoing cardiac resynchronisation therapy using advanced analytical techniques based on artificial intelligence and cloud technology.

"Activities undertaken during this scientific project will include the registration of a digital ECG signal of patients undergoing cardiological treatment at the Central Clinical Hospital of the University Clinical Centre of the Medical University of Warsaw at Banacha street in Warsaw" - reads the press release.

The registered ECG signals will be analysed by researchers, and the resulting material will constitute a training base for the artificial intelligence algorithm, which, based on the data, in the future will be able to support doctors` decisions regarding therapeutic treatment.

As mentioned in the release, one of the diseases that increasingly affects the population is heart failure, which often leads to disorders of simultaneous contraction of the right and left ventricles.

"We can treat this disorder by using implantable resynchronisation devices which use electrostimulation to restore the correct rhythm. The results of this study will allow us to help doctors in choosing the right candidates, whom this type of treatment will help the most" - explains the Medical University of Warsaw.

The research project is financed with the National Research and Development Centre grant for projects carried out jointly by research units and business entities. The technological partner of cardiologists from the Medical University of Warsaw will be the company Cardiomatics from Kraków, which specialises in the analysis of digital ECG signals in cloud technology. "Engineers and IT specialists from this company will support doctors in the part related to +training+ computers for the purpose of recognizing responses to technologically advanced therapy, as well as other cardiac arrhythmias, such as atrioventricular block, bundle branch blocks or atrial fibrillation. The connection between Warsaw and Krakow will be possible thanks to Cardiomatics` SaaS (Software as a Service) cloud technology enabling calculations and software functionality outside the hospital`s headquarters" - the Medical University of Warsaw announces.

The study - as emphasized in the release - was approved by the Bioethical Committee of the Medical University of Warsaw, and in recent days the US National Library of Medicine (NLM), which is part of the National Institutes of Health (NIH), approved the study protocol in the ClinicalTrials.gov program (id: NCT04061434).

Recruitment for the study has already begun. The team led by Prof. Grzegorz Opolski and Prof. Marcin Grabowski is composed of the following researchers: Dr. Paweł Balsam, Dr. Łukasz Januszkiewicz, Diana Paskudzka and Jakub K. Rokicki. Preliminary results of the analysis of the collected data should be available in 2020.