Plant extinct in Poland for 60 years has reappeared 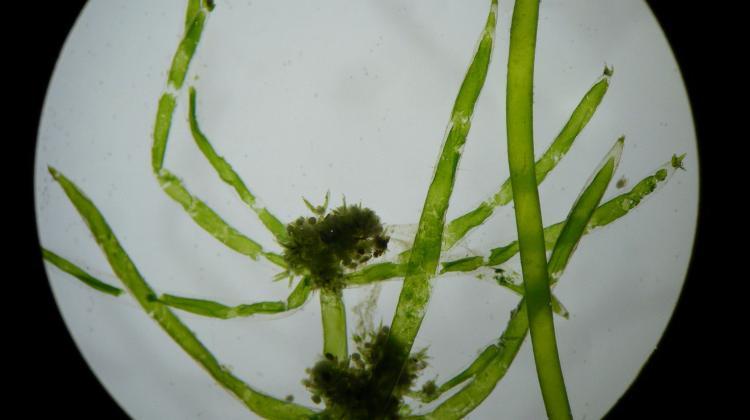 A species of green algae critically threatened with extinction in Europe - a Chara plant called Nitella translucens, which had not been found in Poland for about 60 years, was found in Lake Jeleń in the Pomeranian province, determined scientists from Poznań.

Nitella translucens disappeared from Poland in the 1960s. It was last recorded only in one location in the Vistula oxbow lake and in a lake in the southwestern part of the country.

The Chara are green algae - green plants that live at the bottom of water bodies. There are over 30 species in Poland. Until recently, researchers were convinced that Nitella translucens irreversibly died out in our country. Only single places where it occurs in Europe are known, including locations in Scandinavia, Germany and Slovakia. Few occurrences have been reported on other continents.

Meanwhile, this species was detected at the bottom of Lake Jeleń in Bytów (Pomeranian province), where it was not found before.

"The reappearance of the Nitella translucens in Poland is a big mystery" - says Dr. Piotr Klimaszyk from the Water Protection Department of the Adam Mickiewicz University in Poznań, co-author of the publication on this subject, which appeared in the Journal of Phycology.

The problem is that scientists still know very little about this species of algae. There was a view that it prefers soft water with a small amount of mineral salts and that it occurs in shallow waters up to about 4 m deep and requires a lot of light. Meanwhile, the latest research of Polish scientists has shown that it lives in Lake Jeleń even at a depth of 6 m, where there is much less sunlight. In addition, it was believed to live in small clumps, while the intensity of its occurrence in the Pomeranian lake surprised scientists - they describe luxuriantly growing carpets.

Lake Jeleń is not as clean as it was at the end of the 20th century, scientists point out. In their opinion, it significantly accelerated the eutrophication process, enriching water with excess nitrogen and phosphorus, which reduces water transparency and oxygenation. This type of pollution is related to human activity, for example fertilizing nearby fields.

This situation is even more intriguing for scientists - it seems that the current conditions in the lake are optimal for the development of this rare species. Interestingly, Nitella translucens has displaced another species of green algae from the lake and dominated the bottom of the lake in about 80 percent, scientists estimate. Chara plants are very sensitive to pollution, so it is not clear why the endangered species multiplied on such a scale in the Pomeranian lake. It is also unclear for how long the constantly changing lake will remain a suitable habitat for this species.

The presence of this species is important in the context of the functioning of the lake. "The Chara plants act as pumps that purify lake waters: they capture phosphorus and nitrogen, whose excess is harmful to the organisms living in the lake, and transport them to the lake sediments" - says Dr. Klimaszyk. Therefore, the appearance of this species may increase the lake`s resistance to human degradation activity, he emphasizes.

Is this a good sign that a plant threatened with extinction in Europe appeared in Poland? "Biodiversity is usually associated with stability and good condition of the ecosystem. But not always - for example, under the influence of climate change new species appear in the polar zone, where they were few so far. Therefore, there is no simple answer" - the biologist says.

In his opinion, the appearance of this species should be a signal to local residents to cover Jeleń Lake with greater protection and care for the quality of its water. The change in underwater vegetation means that the water composition is changing. Klimaszyk adds that the water quality in this lake has been systematically deteriorating since the 1990s.