Physicists are getting closer to discovering a new particle: Majorana neutrino 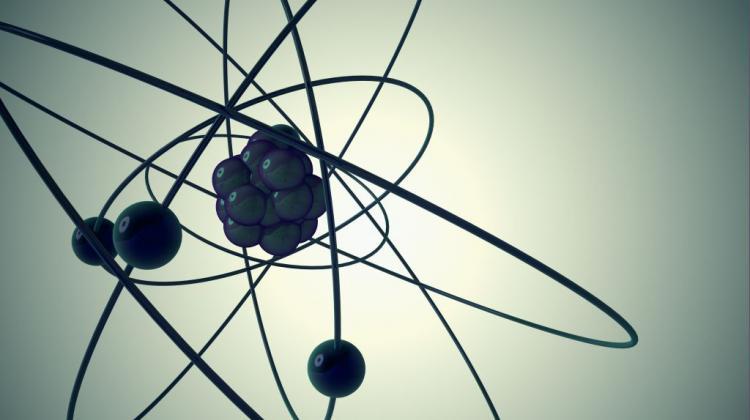 If it were possible to observe neutrinoless double beta decay, it would be tantamount to the discovery of a new elementary particle - a Majorana-type particle. Such a finding would be as momentous as the discovery of the Higgs boson. Researchers are getting closer to this discovery, as reported in Science.

Neutrinos (next to photons) are the most common particles in the universe. Still, we do not know much about them, because they interact very poorly with matter. These interactions are so weak that neutrinos are often referred to as "ghost particles". Scientists need a really quiet place to observe neutrinos.

Neutrino research is being carried out in an underground laboratory at the GERDA (GERmanium Detector Array) in Gran Sasso, Italy, by an international team of scientists composed of physicists from the Institute of Physics of the Jagiellonian University: Prof. Marcin Wójcik, Dr. Marcin Misiaszek, Dr. Krzysztof Pelczar and Dr. Grzegorz Zuzel. They published the latest findings on neutrinos in Science.

In the information sent to PAP, Dr. Zuzel explains that neutrinos moving around in space can change type, for example an electron neutrino can turn into a muon neutrino. He explains that this phenomenon is called neutrino oscillation and it can only occur if the neutrinos have a resting mass, which is in direct contradiction to the Standard Model of Particles, in other words existing knowledge.

"At present we do not know how much neutrinos +weigh+, we only know that their mass is very small. We do not know which neutrino is the heaviest and which is the lightest (what is their mass hierarchy). Moreover, in the second half of the 1930s, Italian physicist Ettore Majorana proposed based on quantum theory that a neutrino may be its own antiparticle (the so-called Majorana particle). This issue has not been resolved to this day" - the scientist says.

He adds: "As you can see, neutrinos pose a lot of problems for physicists. Determining their properties, however, is extremely important, because it would help to understand phenomena occurring in the Universe immediately after the Big Bang, when matter and antimatter coexisted, and learn about the processes that led to the current domination of matter".

These processes could occur if a neutrinoless beta decay of, for example, germanium-76 was possible. However, the Standard Model does not predict such a decay due to the lack of the required balance between matter and antimatter. But in the case of neutrinos, the inconsistency of theoretical predictions with experimental data is not unusual, so scientists do not rule out that neutrinoless beta decay may occur.

Its observation will be tantamount to the discovery of a new elementary particle - a Majorana-type particle. "It will also create the possibility of measuring neutrino mass and determining their hierarchy. Such a discovery would be at least as important as the discovery of the Higgs boson and more significant than the discovery of the neutrino oscillation mechanism. The Nobel Prize has been awarded for these achievements. Topics researched by our team relate to completely fundamental problems of modern physics" - the scientist believes.

The researcher adds that although the GERDA team still has not been able to observe the decay in question, scientists are able to further reduce the mass of neutrinos on the basis of the obtained data. This allows, for example, for gradual exclusion of theoretical models predicting the evolution of the Universe related to a specific hierarchy of neutrino masses.

The GERDA experiment is carried out in a laboratory in a mountain massif in order to exclude all processes that could disrupt measurement. They are referred to as background. In the last stage of the GERDA experiment (described in Science) for the first time in this type of measurement, the background could be lowered "to practically zero level", according to scientists. This allows to search for Majorana particles with extremely high sensitivity.

GERDA is a European project of scientists from 16 research institutes and universities from Germany, Italy, Russia, Switzerland, Belgium and Poland. Research of the latter is financed by the National Science Centre and the Foundation for Polish Science.