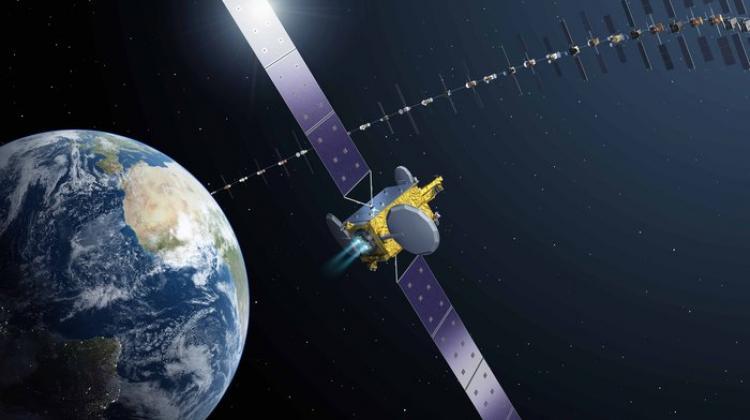 The first European commercial electric satellite will be built with the participation of Polish engineers. They will design and build a set of ground-based equipment supporting satellite assembly as part of the Electra project supported by the European Space Agency (ESA).

The first Electra satellite is expected to be launched into space in 2023. It will be a new class telecommunications satellite. Thanks to the use of electric drive, it will be lighter than devices with chemical drives. Thus, the cost of launching the satellite into orbit will decrease.

Electric drive is an increasingly popular solution in the space industry. It weighs up to 90 percent less than traditional chemical propulsion. This, in turn, translates into a reduction of the satellite mass by almost half. Given the high cost of launching each kilogram into orbit, such a large mass reduction means a radical reduction of space mission cost. As a result, space missions will become available to entities that previously could not afford it.

According to the SENER Polska announcement, the company secured the contract for the design and production of equipment necessary for the installation of new satellites. Designing and building a set of ground-based devices supporting the satellite assembly has been commissioned by OHB, one of the largest European space industry companies. OHB is the main contractor for the Electra program. The company cooperates on this project with ESA within the framework of public-private partnership.

"This is one of the first large commercial, free market contracts acquired in our country. In addition, it does not concern a single scientific satellite, but a commercial one, which can be produced in larger numbers" - says Ilona Tobjasz, development director at SENER Polska, quoted in the press release.

Assembly support devices are used, among other things, for moving the satellite precisely in various planes. This technology gives technicians easier access to the satellite and facilitates its transport to test chambers and launch rocket. The production of such devices and the assembly of satellites are great engineering challenges, because almost every satellite is unique. These devices weigh from several hundred kilograms to several tons and consist of thousands of parts and kilometres of cables, we read in the press release.

The equipment Polish engineers will design for the Electra project will enable, among other things, secure and convenient support of the flight panels during assembly. It will be adaptable to panels of various dimensions and weight. The devices supplied by SENER Polska will include a vertical base that will support the central structure of the satellite during the installation of panels and load modules.

Last year, SENER Polska supplied ESA with 13 devices for the Euclid mission to study dark matter and energy. The company cooperated on this project with a network of 18 Polish companies that produced components, tested their strength and were responsible for logistics.