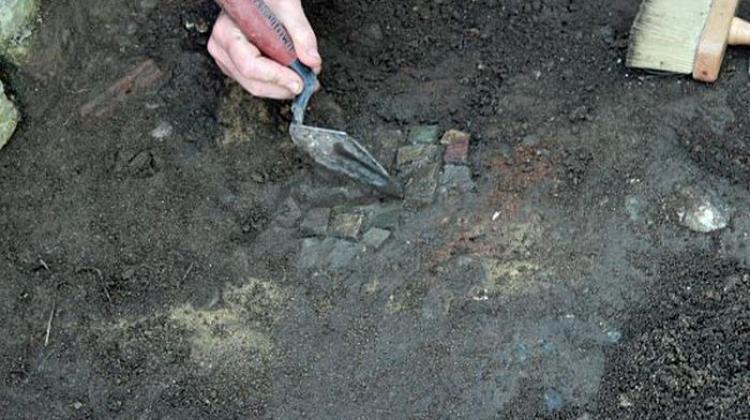 The moment of discovery of the mosaic fragments, photo by Agata Trzop-Szczypiorska

Archaeologists discovered fragments of approx. 2,000 years old, destroyed floor mosaic in Roman garrison commander`s house in the former fortress of Apsaros near Batumi (Georgia). Such finds are rare in this country, researchers say.

Polish-Georgian excavations in the Roman fort of Apsaros have been going on for several years. The fort is located in Gonio near the holiday resort Batumi in western Georgia. During this year`s research, archaeologists continued excavations within the 2,000 years old remains of the magnificent villa of the commander of the Roman garrison.

"In one of the rooms, located in the back of the Roman garrison commander`s house, we discovered the remains of a floor made of small cubes that formed a mosaic" - says Dr. Radosław Karasiewicz-Szczypiorski from the Institute of Archaeology of the University of Warsaw, who conducts research jointly with Prof. Shota Mamuladze, director of the Gonio-Apsaros Museum-Reserve. Since the remains of the room are located deep in the spacious villa, it is possible that it was a bedroom.

So far, archaeologists have found several preserved fragments of the mosaic, each consisting of a dozen or so stone cubes. Numerous loosely scattered cubes have also been found around them. 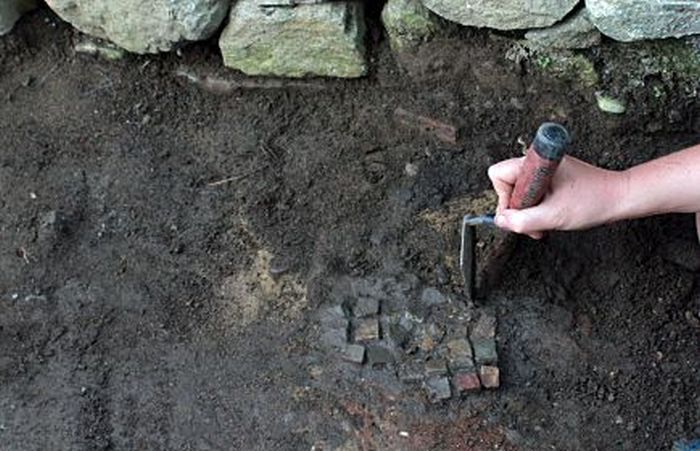 The moment of discovery of the mosaic fragments, photo by Agata Trzop-Szczypiorska

They have different colours: green, black, white, red and yellow. This means that the mosaic probably formed a decorative motif on the floor, but due to the very poor state of preservation it is difficult to tell what its was.

"Floor mosaics were uncommon in military structures built by the ancient Romans. Even the houses of commanders in such borderland garrisons usually did without such luxuries" - the researcher emphasises. He adds that mosaics are also rare in civilian structures from this period in the Caucasus. To date, only single examples of mosaics from Georgia are known, including those found in Dzalisi, where a magnificent royal residence was located.

"A significant part of this room is still waiting to be explored, but we do not expect to find the rest of the mosaic in better condition" - says Dr. Karasiewicz-Szczypiorski. 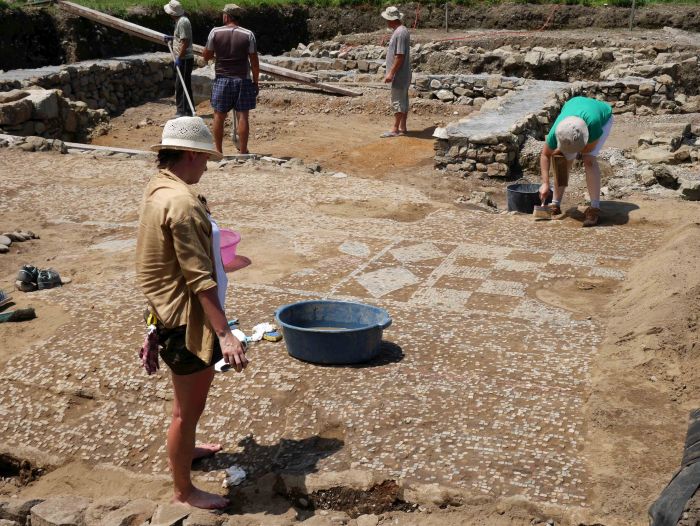 The mosaic discovered in Apsaro a few years ago underwent conservation this year, photo by R. Karasiewicz-Szczypiorski

During previous research seasons, archaeologists found a very well-preserved floor mosaic decorated with geometric motifs in the adjacent room. The work was created in the first half of the 2nd century AD.

"But in the case of the latest discovery, it is worth noting that the colours of the cubes forming the mosaic, including green and black, were not present in the mosaic we discovered earlier" - the archaeologist emphasizes.

Who was the commander living in the stately building? Researchers speculate that periodically it could have been Arrian, the governor of the Roman province of Cappadocia, who personally visited Apsaros during the reign of Emperor Hadrian (117 - 138 AD). Arrian was not only an official, but also a well-known intellectual and historian. His legacy includes one of the preserved descriptions of the campaigns of Alexander the Great.

Research is carried out inside the ancient fort of Apsaros built by the Romans in the second half of the 1st century AD. The fortress was located near the only convenient road from Colchis (western Georgia) to the Roman provinces in Asia Minor.