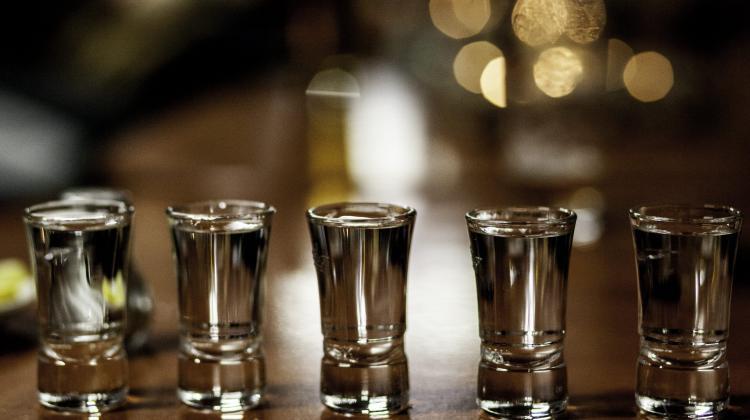 A free application is available on the Internet that can help people addicted to alcohol in their struggle with addiction. "This is a unique solution, one of two in the world based on artificial intelligence" - says Krzysztof Przewoźniak, head of research and development of the system called Addictions.ai.

The application available at www.hh24.pl is a modern diagnostic tool intended to support the patients during therapy and warn them about the risk of relapse. Its originator is Marcin Brysiak, who admits that he is an alcohol addict himself. The project was supported by the National Centre for Research and Development. Mobile apps for smartphones, video conferences, chats and greater access to information as well as online anonymity are gaining importance as tools supporting people struggling with the problem of alcohol abuse and other addictions, including behavioural ones.

"There are two solutions of this type using artificial intelligence; one was created in the USA and the other in our country" - says Marcin Brysiak. The American application focuses mainly on supporting addicts in social media, the Polish one - the first in Europe - uses advanced algorithms assessing the likelihood of breaking abstinence to support the patient and therapist in the treatment of alcohol addiction.

Relapse is one of the biggest challenges for people struggling with addiction, regardless of its type, says Prof. Jan Chodkiewicz, head of the therapeutic team in the project. According to the State Agency for the Prevention of Alcohol-Related Problems (PARPA) data, each year in Poland approximately 150,000 people complete addiction therapy, but half of them break abstinence.

"During abstinence attempts, there are usually at least several relapses. This is in part because only one in six alcoholics undergo treatment in professional addiction therapy centres. So they are usually heavily addicted people" - emphasizes Prof. Chodkiewicz.

"We want the alcohol addiction relapse to be predicted with a high probability, reaching 80 percent, preferably one or two weeks in advance, so that therapeutic support for the addicted person can be provided immediately and abstinence breaking can be prevented. This will help both the patient and the therapist" - emphasizes Krzysztof Przewoźniak.

Dr. Mateusz Żelazny, head of the artificial intelligence team in the project, explains that in the first year of the Addicions.ai project, a large database of potential relapse prediction factors will be developed. In the second year, algorithms allowing to better predict relapse in individual patient groups will be developed. In the third year, a case-control study will be conducted to assess the solution`s effectiveness. For now, over 40 predictive factors have been identified; their list will be expanded as the number of system users increases. The ultimate goal is to develop a chatbot - an automated relapse prediction module that uses personalized messages.

"For now, at www.hh24.pl, there is a free system called AlkyRecovery - motivating, advising and controlling the well-being of its users" - emphasizes Marcin Brysiak. People using this application have access to so-called feelings and hunger diaries, helping to determine their current state of health. Users can also discuss their problems with people with similar difficulties in the form of a text chat and participate in individual and group chats with therapists.

This is very important because a relapse can often be predicted. Terence T. Gorski and Merlene Miller write about it in the book "Staying Sober: A Guide for Relapse Prevention"; their ideas have been accepted by most therapists in the world. They teach their patients how to assess the risk of relapse. Changing behaviour: thinking, speaking and acting is essential for lasting sobriety. It should consist mainly in abandoning typical behaviours of a person in the state of addiction and learning new behaviours, allowing to resolve any conflicts without alcohol.

"All the methods used in our system are based on scientifically tested behavioural models" - says Krzysztof Przewoźniak. In the future, Addictions.ai will also be used to combat other chemical addictions, for example tobacco addiction, as well as behavioural addictions, such as gambling addiction.

"Alcohol addiction combines both types of addictions, because alcohol as a psychoactive substance can be addictive both physiologically and psychologically" - says Prof. Chodkiewicz.

According to research conducted by the World Health Organization (WHO), at least 240 million people worldwide are addicted to alcohol. In Poland, the number of people addicted to alcohol is estimated at about 4.4 percent of the population from the age of 15. According to the Central Statistical Office, there are 4.7 million people who drink alcohol up to 4 days a week (12 percent of the population). Over 820 thousand Poles (2%) drink alcohol at least 5 days a week.

"The number of people already diagnosed, those, in whose case there is no doubt that they have a problem with alcohol, is estimated in Poland at 600-800 thousand. But remember that only every sixth alcoholic admits to being addicted" - emphasizes Przewoźniak.

The expert points out that alcoholism is also a social problem that affects not only the addict, but also his or her family, relatives and neighbours. It does not only affect people from the so-called lower class. According to the Social Diagnosis 2015, in the so-called "white collar" professions there is a high percentage of people who abuse alcohol.

Marcin Brysiak knows from personal experience that getting out of addiction is a difficult and lengthy process. Drinking relapse, which he himself experienced many times, can occur after a few months of abstinence, or after several or even several dozen years. Addictions.ai is designed to effectively predict and prevent it. (PAP).