The fight for caves: did cave bears go extinct because of man? 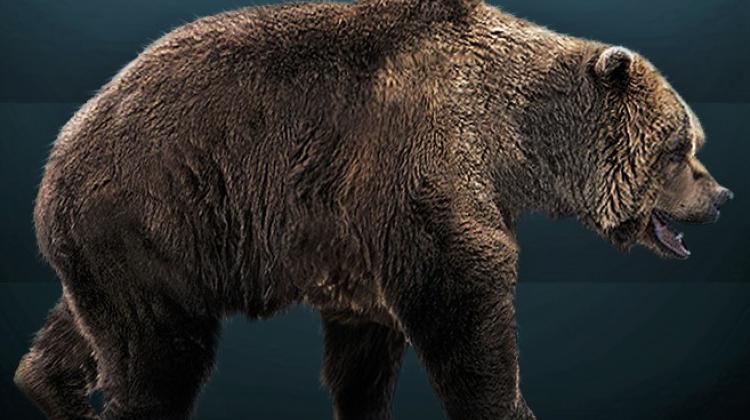 The population of cave bears decreased drastically 40,000 years ago, when people were spreading in Europe. It is possible that our ancestors - for example by settling in caves - contributed to the extinction of these animals, suggests research conducted, among others, by Polish researchers.

Today, the northern hemisphere is inhabited by very few species of large animals. But this was not always the case. During the late Pleistocene, until 50,000 years ago, these areas were still home to some of the largest mammals that walked the Earth. "It was the legendary megafauna, including mammoths, woolly rhinoceroses, giant deer, cave lions, hyenas, steppe bison. But they virtually had not survived until the Holocene, the era that began after the last glaciation. The last 12,000 years is actually a period without large mammals. Only smaller species survived: bison, aurochs and elk" - says Prof. Rafał Kowalczyk, director of the Mammal Research Institute PAS in Białowieża.

Scientists from Europe decided to determine the distribution of two species of cave bears (Ursus spelaeus and Ursus ingressus) and their extinction process. Researchers analysed mitochondrial DNA from the bones of animals from different parts of Europe and dated them to see how the effective size of their populations was changing and how long they survived in different areas of Europe.

These studies show that cave bears eventually became extinct between 23,000 and 24,000 years ago. However, it turns out that hard times for these animals began much earlier. Researchers discovered that cave bear population began to rapidly decline already 40 thousand years ago. It is also known that glaciations - which occurred earlier - did not have a negative impact on the bear population.

But an important process began in Europe 40,000 years ago: man began to spread on this continent, and (together with the Neanderthal that had already been in Europe) began to put pressure on animal populations. This could have had sealed the tragic fate of cave bears. The research is described in "Scientific Reports".

"Before, there were indications that man could have contributed to the extinction of cave bear, but now we have been able to confirm it with more research than before" - says Dr. Martyna Molak from the Museum and Institute of Zoology PAS in Warsaw, one of the co-authors of the study.

Prof. Kowalczyk, also a co-author of the study, explains that cave bears are herbivorous bear species larger than the brown bear. "Ursus spaeleus weighed up to 1000 kg. And ingressus was slightly larger" - he describes. The name "cave bear" is not accidental. "These animals used caves as shelters - not only during winter sleep, but throughout the year" - the researcher says. Most of the remains of these animals have been found in caves.

According to one of the earlier hypotheses, humans and bears competed for caves. "People probably not only drove bears out of the caves, but were also killing them to occupy the caves" - summarizes Dr. Molak.

Prof. Kowalczyk adds that populations of large herbivores and predators were weakened by climate and environmental changes. This affected their distribution, density and fragmented the populations. "They became more susceptible to the pressure of man who was capable of hunting effectively and developed hunting techniques" - the biologist says.

But now scientists increasingly point out that it was not just one factor, but a combination of climate change and related environmental changes, and human pressure that prevented many large animal species from surviving to the Holocene. Prof. Kowalczyk adds that these processes took place not only in Europe, but also in the Americas and Australia.

As part of the study published in Scientific Reports, researchers analysed DNA from fossil remains of cave bears from Switzerland, Poland, France, Spain, Germany, Italy and Serbia (a total of about 120 samples). On their basis, they prepared a phylogenetic tree showing the degree of genetic kinship between these animals. "Thanks to this, we were able to estimate how genetic diversity was changing at different times and how the population was changing over time" - explains Dr. Molak.

This research sheds new light on population dynamics and the process of extinction of these mammals. (PAP)