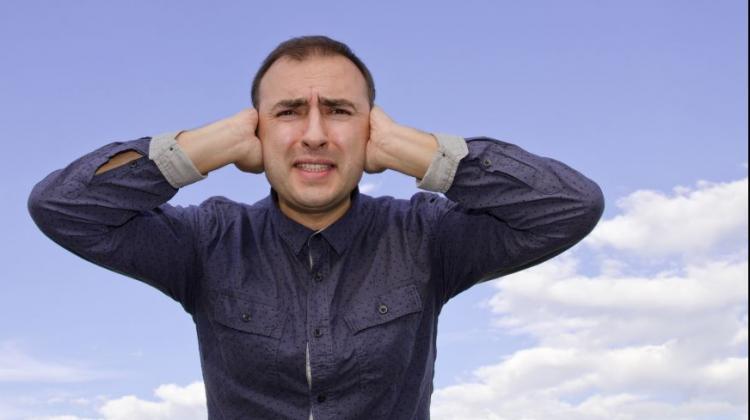 There are people in whom the sounds of munching, slacking and biting evoke strong, difficult to control emotions: anger, disgust, anxiety. "It is a bad idea to completely cut off these sounds" - advises psychologist Marta Siepsiak, who studies the phenomenon of misophonia.

‘Misos’ means hatred and ‘phone’ means sounds. "But misophonia is not a general sensitivity to sounds. A person with misophonia might not react to the sound of a power saw or a plane at all, but will find a quiet munching sound disturbing" - says Marta Siepsiak, a PhD student from the Faculty of Psychology of the University of Warsaw. As part of her research (http://psychiatriapolska.pl/_447_458_.html) she tries to understand the background of misophonia, also called 4S (Selective Sound Sensitivity Syndrome).

The researcher says that misophonia is a disorder. She points out, however, that it is not yet included in any official list of diseases and disorders (such as ICD 11 or DSM-5).

The psychologist explains that people with misophonia experience very strong, uncontrollable emotions when they hear specific sounds, for example the sounds of munching, slurping, smacking, biting apples, snoring or even breathing. "Research - including mine - shows that these are mainly man-made noises, for example those related to food" - she says. But there are also people who are disturbed by the sound of a dog barking or typing.

According to the psychologist, a person with misophonia is afraid of a specific sound. "My research shows that the emotions that appear mainly include anger, disgust and anxiety. But not fear, the researcher says. She explains that the fear of sounds is not misophonia but phonophobia.

People with misophonia are aware that their reaction is excessive, inappropriate under the circumstances. "But they can`t do anything about it. It`s automatic" - the psychologist says. She adds that this excessive reaction is often associated with high costs for these people and hinders their functioning in everyday life.

Little is known about misophonia. "This phenomenon was described in 2001. And only in 2013 the first research on people with misophonia was conducted" - the researcher says. It is known from this research that it is possible to observe psychophysiological reactions in response to an unpleasant sound in people with misophonia: they experience accelerated heartbeat and sweating. "So it`s not like these people are making this condition up" - the psychologist says.

Another study, published in 2017, showed differences in the functioning of certain structures in the brain between people with and without misophonia. "But it is absolutely impossible to conclude that since brains function differently, it means that these people were born with this condition. Their brains could have been shaped in response to experience. However, this is not known yet" - the doctoral student notes.

It is also unknown how common misophonia is. According to one foreign study, misophonia affects about 3 percent of the population. Other studies show that sensitivity to sounds - a broader phenomenon - affects 20 percent respondents.

When asked who the people with misophonia are and whether they have something in common, Marta Siepsiak replies that they are a diverse group and it is difficult to find common features between them. For now, the element that occurs more often in people with misophonia than in people without this condition is a high level of anxiety. However, at least for now, no link has been found between misophonia and depression or other disorders. Marta Siepsiak notes, however, that not much research has been done on this subject.

When asked what can help people with misophonia, she replies that elements of cognitive-behavioural therapy and deepening the knowledge about this disorder could work. "Also, the realization that the reactions are unreasonable and that the person who makes annoying sounds usually does not do it on purpose" - she says.

"In the stories of people with misophonia who write to me, the pattern repeats that, for example, when their family members hear about the ailment, they say it is not normal and laugh at the problem. It certainly does not help these people" - she emphasizes.

Since the problem became a topic of discussion, there have been people who want monetize it. "There are a lot of charlatans who come up with "therapies" for misophones involving, for example, emission of processed sounds, selling digital filters, special headphones, earplugs. But there is no reason to believe that it will help" - she describes. "In this case, researchers are in agreement: wearing headphones all the time when we encounter such annoying sounds and cutting these sounds off forcibly is not a good idea" - she says. She explains that each subsequent encounter of the problematic sound can then trigger an even stronger reaction.

But just as there are people who hate slacking, munching, smacking sounds, there are also those who enjoy the same sounds. "This phenomenon is called ASMR - Autonomous Sensory Meridian Response. There are hundreds of videos on YouTube for the ASMR community, where you can hear whispering, scraping, scraping or smacking. In some listeners, these sounds induce deep relaxation and pleasant tingling" - he says. She announces that in one of her studies she will investigate whether people who experience misophonia and ASMR are somehow similar, for example in terms of temperament.

Marta Siepsiak and her team developed a survey for people with misophonia. It can help therapists to diagnose this condition. The questionnaire includes questions about whether there are individual sounds that extremely disturb the respondent. The respondent should also answer whether dislike of these sounds significantly affects his or her life. Does the person usually avoid situations in which these sounds appear? And whether he or she incurs high psychological costs in connection with these sounds or their avoidance?

The researcher will soon begin research into misophonia in Poland. She will be looking for about 100 people struggling with this problem. Information on this subject can be found on the project website (http://www.projekt-dzwiek.com/, https://www.facebook.com/Projekt-dźwięk-107032377302633). The research is funded with the PRELUDIUM and ETIUDA grants of the National Science Centre and the funds of the Faculty of Psychology of the University of Warsaw.