Graphene will stop the heat 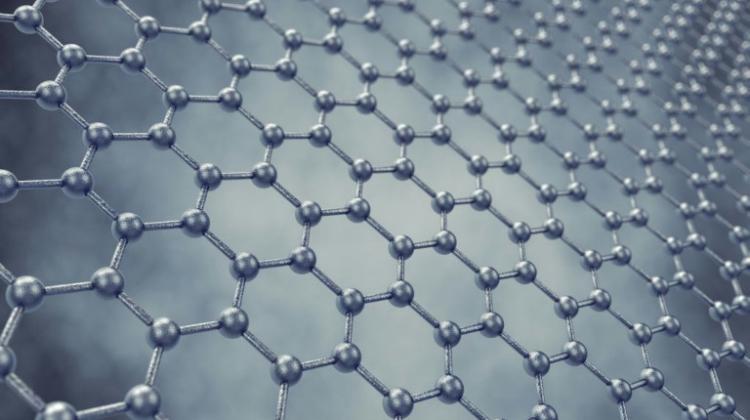 Graphene oxide and graphene derivatives can protect our rooms and vehicles against heat loss or overheating. Graphene materials can be used in façades, windows and fabrics. A team from Warsaw University of Technology is working on new composites.

Infrared radiation is characterized by a wavelength between 780 nanometers and 1 millimeter. Together with visible light and UV radiation, it forms the spectrum of solar radiation. In excess, it has a negative effect on our skin. Felt as heat, the infrared is half of that radiation that reaches the Earth`s surface. That is why shielding is so important.

"Graphene shields against electromagnetic radiation. This is widely researched in terms of microwave radiation and, more recently, terahertz radiation, mainly in military applications. We thought to check the properties of graphene related to infrared radiation, because little is known about this subject" - says Dr. Marta Mazurkiewicz-Pawlicka.

For now, the team focuses on the materials themselves, not on specific applications. Graphene is associated primarily with applications in electronics and automation. Using it for radiation shielding is not that popular.

"We want our materials to be a barrier against letting heat both in and out" - says Dr. Mazurkiewicz-Pawlicka. "We create them on the basis of polymers, currently two types. As a filler, we use graphene materials with the addition of metal oxides, for example titanium oxide. This combination guarantees effective shielding. Graphene materials are added to absorb radiation, and metal oxides disperse it" - the researcher explains.

The use of new composites in buildings or vehicles could be an alternative to air conditioning. "Its use consumes a lot of energy. The more we want to change the temperature compared to the natural one for a given room, the more energy is needed. Every less energy-intensive support would mean savings in the budget and environmental benefits" - the researcher explains.

She admits that window films that protect against radiation are already available. But, in her opinion, materials developed by scientists from the Faculty of Chemical and Process Engineering may be a competition for them. "To reduce the temperature by a few degrees Celsius, about 5% of the filler is added. We get similar results by adding 0.1% filler, which is 50 times less" - says Dr. Mazurkiewicz-Pawlicka.

Researchers conducted short-term studies. In the future, they intend to check how polymers behave in UV radiation, elevated temperature and modified humidity. They will test existing solutions in different conditions and over longer periods. Such tests can be carried out using a climate chamber, in which a sample of the material can be placed for a few weeks and observed.

"To use our materials in a window film, we need to work on the colour, because the current one, in shades of grey, reduces visibility. We also want to find new polymers that could be used as a matrix in our materials" - says Dr. Mazurkiewicz-Pawlicka.

Her team was composed of Dr. Leszek Stobiński, Dr. Artur Malolepszy and a group of students who completed engineering and master`s projects work as part of the research project. Members of the Chemical and Process Engineering Science Club built a device for measuring the effectiveness of the film. It consists of a lamp emitting infrared radiation and a sensor that measures by how many degrees the temperature could be lowered.

As part of the IR-GRAPH project, the Warsaw University of Technology scientists worked closely with Tatung University in Taiwan. Spectrometric measurements were performed by Prof. Dariusz Wasik and Dr. Andrzej Witowski from the Faculty of Physics of the University of Warsaw. The project was financed by the National Centre for Research and Development, as part of the third Polish-Taiwanese competition.