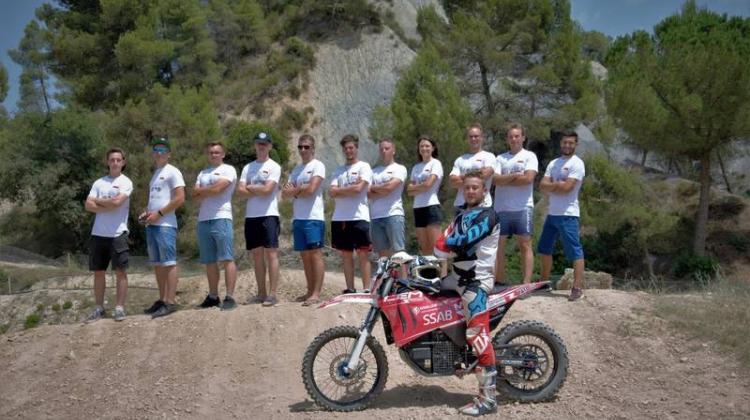 Source: Science Club of Vehicles and Mobile Robots at the Wrocław University of Science and Technology

Electric motorcycle LEM built by Wrocław University of Science and Technology students ranked second in the SmartMoto Challenge in Barcelona. This is yet another success of Wrocław students in this competition, earlier they triumphed in 2014 and 2017.

This year, the students of the Wrocław University of Science and Technology competed with the LEM Thunder v2 electric motorcycle, in the category of machines with engines up to 30 kW.

Off-road two-wheelers competed in this year`s edition of SmartMoto Challenge, and the competing teams represented countries including Poland, Spain and Russia, Andrzej Charytoniuk from the Wrocław University of Science and Technology press office told PAP.

LEM Thunder won the endurance race, which consisted of riding 20 laps in the shortest possible time. "It was an extremely difficult test of the mechanical strength of our motorcycle, as well as the capabilities of electric drive: batteries, controllers and engine" - said Marta Zarzeczna from the Science Club of Vehicles and Mobile Robots.

In the overall classification of the competition, the motorcycle built by Wrocław students ranked second.

This is yet another success of Wrocław students in the SmartMoto Challenge, earlier they triumphed in 2014 and 2017. They also won third place four times.