Expert: Immunotherapy helpful in the treatment of stomach cancer patients 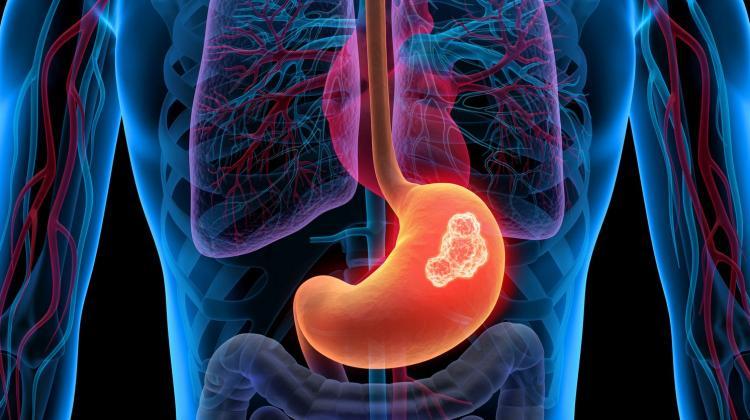 Advanced stomach cancer is a disease with a very bad prognosis, but there is hope that immunotherapy will help in the treatment of this cancer, says Dr. Lucjan Wyrwicz from Warsaw.

During the congress of the American Society of Clinical Oncology (ASCO) in Chicago, researchers presented the results of the international KeyNote-062 study, which may significantly affect the results of treatment of patients with stomach cancer. Dr Lucjan Wyrwicz, head of Oncology and Radiotherapy at the Maria Skłodowska Curie Memorial Cancer Centre and Institute of Oncology in Warsaw, is the study co-author.

"Advanced stomach cancer is a disease with a very bad prognosis. Standard management of this disease includes chemotherapy combined with an earlier assessment of whether the cancer tissue exhibits HER2 protein overexpression. In the case of overexpression of HER2, treatment may be supplemented with an additional drug - trastuzumab, an antibody that inhibits the activity of this protein" - explains Dr. Lucjan Wyrwicz, head of Oncology and Radiotherapy at the Maria Skłodowska Curie Memorial Cancer Centre and Institute of Oncology in Warsaw.

The Keynote-062 study, however, was of a different nature because it only concerned patients with stomach cancer and no HER2 protein overexpression. "In this case, we analysed patients with severe immune system response parameters, measured by the CPS (Combined positive score) parameter, recently introduced in oncology" - the oncologist says.

In this study, patients with CPS>1% and CPS>10% were analysed separately "In simple terms, patients with significantly increased immune system response parameters - those with CPS>10% in the tumour tissue - were more likely to benefit from pembrolizumab than from chemotherapy"- he adds.

According to Dr. Wyrwicz, immunotherapy is not without side effects, but the toxicity of chemotherapy is different than that of immunotherapy. "Chemotherapy in stomach cancer is usually associated with severe nausea, vomiting, weakening of the bone marrow. Pembrolizumab can cause autoimmune diseases such as hepatitis, inflammatory bowel disease, hypothyroidism or hyperthyroidism. Most of these toxicity effects subside with the use of medicines from the steroid group" - emphasises Dr. Wyrwicz.

In the case of patients with CPS>1%, the use of immunotherapy translated into similar disease control parameters as the use of chemotherapy, with significant benefit consisting in lower toxicity of therapy.

In his opinion, immunotherapy still has a long way to go before it is added to the portfolio of drugs that are registered and commonly used in the treatment of stomach cancer. "Therefore - he adds - the participation of patients in clinical trials on the combination of immunotherapy with chemotherapy in patients without HER2 protein overexpression and with HER2 overexpression, is justified".

"At this point, it is also necessary to determine whether immunotherapy can also be used in patients undergoing preoperative and postoperative chemotherapy with gastric cancer resection. Clinical studies on such indications are also conducted in Poland" - says Dr. Wyrwicz.

According to the National Cancer Registry, more than 5,000 cases of stomach cancer are detected in Poland every year. Men are more often affected with 3.5 thousand diagnosed cases per year, while in women it is only 1.5 thousand cases.