New species are also discovered in Poland. What about their protection? 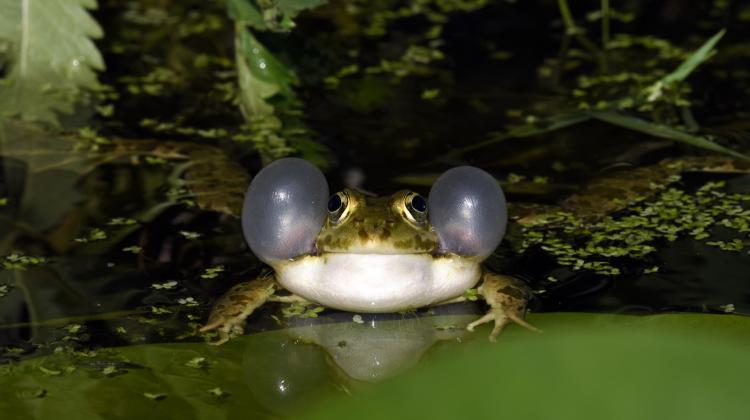 Thanks to new research tools, in recent years scientists discovered many new species of animals, such as amphibians and reptiles - also in Poland. Changes in taxonomy result in new challenges related to protection, say researchers from Poznań and Wrocław.

In recent years, increasingly popular molecular research has caused a revolution in the systematics of animals. Scientists see kinships between various organisms in a new light and are able to better recognize the so-called "hidden diversity", biologists note in a release sent to PAP.

Many taxa (units of classification of organisms, such as species or genera - PAP), which were previously classified as the same species, turned out to be so diverse genetically that it was justified to divide them into several completely separate ones. Previous subspecies often become full species, established on the basis of relatively small morphological differences. Additionally, in the age of climate changes, many species - especially thermophilic ones - can expand their ranges of occurrence, hence the surprising observations of species such as golden jackal or common mantis in completely new areas.

Man often contributes to the conquest of new territories by animal species by deliberately releasing animals into the natural environment (for example by irresponsible breeders), poorly planning active protection projects or unknowingly transporting them to new areas. Unfortunately, determining whether a given species is native to a given area or, for example, has been released there, often causes many problems, notes Krzysztof Kolenda from the Institute of Environmental Biology of the University of Wrocław.

As a result, in recent years, new species of amphibians and reptiles have been described also in Poland. "But their discoveries in our country have been largely unnoticed by both naturalists and - even worse - those responsible for nature conservation in Poland" - notes Kolenda. The researcher, together with Tomasz Skawiński from the University of Wroclaw and Mikołaj Kaczmarski from the University of Life Sciences in Poznań summarises the current knowledge about "new" species of amphibians and reptiles in Polish fauna. In the journal "KOSMOS. Problems of Biological Sciences", the scientists also presented a proposal for changes to the list of protected species.

The eastern tree frog (Hyla orientalis) and the slow worm of the species Anguis colchica are "new" native species, created as a result of raising individual forms and/or subspecies of tree frog (H. arborea) and slow worm (Anguis fragilis) to the rank of species . We know about their occurrence in Poland since 2012 and 2010 respectively. More detailed data on their distribution are still being collected.

"Unfortunately, despite the wide range of their occurrence (generally speaking, the new species occur in the east and in the south of the country) they were not included in the list of protected species in the updated Regulation of the Minister of the Environment in 2014 and 2016, although it was requested during social consultations that took place before the introduction of the current Regulation" - the authors of the study emphasize.

The next two new taxa are the variable toad (Bufotes variabilis) toad and the Balkan frog (Pelophylax kurtmuelleri). Mitochondrial haplotypes characteristic of the former have been detected near Kraków, Olkusz and Suwałki, while the Balkan frog seems to be common at least in the Barycz Valley area.

The researchers point out that research on both amphibians in Poland is preliminary and it is not known whether they have been introduced or our country is their natural range of occurrence. In addition, their systematic autonomy is still being disputed by many experts. The question that remains unanswered is whether these are phylogenetic forms or lines within the polymorphic, closely related species - respectively, green toad B. viridis and marsh frogs P. ridibundus. Therefore, their status requires further research.

They also draw attention to another controversial example of the occurrence of a new lizard among reptile representatives in the national fauna. In 2011 in the quarries on Strzelin Hills, the common wall lizard (Podarcis muralis) was observed for the first time. Further observations confirmed the existence of stable, reproducing populations. The closest site of this species is about 135 km (in a straight line) to the south, in the Moravian-Silesian Region (the Czech Republic). This may suggest that the Polish populations have been introduced.

"However, the latest results of genetic studies on isolated populations in the Czech Republic indicate that their closest relatives are Slovak wall lizard populations, and two of them have haplotypes not found anywhere else, suggesting that they may be relics and not a result of introduction. Currently, wall lizard is considered an alien species in our country, and genetic research is currently underway that will eventually explain its status" - the researchers note.

The dice snake (Natrix tessellata) situation is completely different. The first and so far only observation of this snake in Poland was made in July 2009. It was a juvenile individual found on the Polish side of the Olza River, between the towns of Kaczyce Górne and Brzezówka. However, it could not be determined whether the observed individual was a migrant from the Czech population or was displaced (deliberately or accidentally). The nearest known site of this species is located 9.5 km southwest, near the village Havířov in the Czech Republic, but it is quite a distance for a snake only slightly longer than one meter. That population is isolated and located approx. 150 km to the north of its dense range. In the following years, several field trips were made to the site of observation of the dice snake in Poland; its presence has not been confirmed. Despite a single observation of an individual of uncertain origin, the dice snake is subject to strict species protection since 2014.

The researchers point out that from the point of view of permanent protection of nature at the national level, it is crucial to identify not only particular species, but also the relationships between individual phylogenetic lines and subspecies.

Based on the state of research concerning the distribution of amphibians and reptiles in Poland, biologists postulate an urgent update of the list of protected species, for example to include the eastern tree frog (Hyla orientalis) and the slow worm of the species Anguis colchica - the species with an extensive range and natural occurrence in Poland.