Why does this happen to me?! A look at recurring negative thoughts 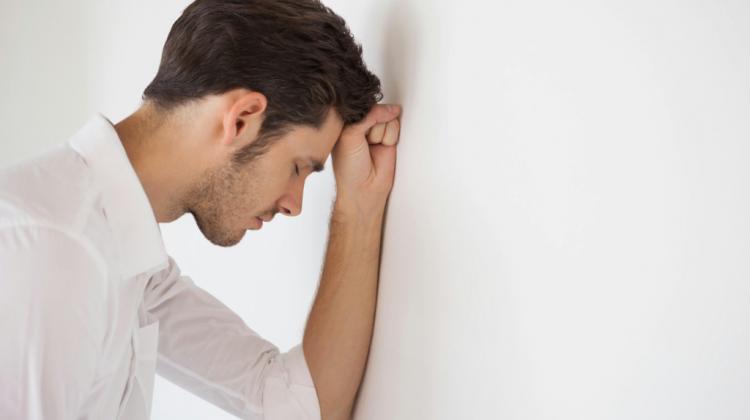 Persistent contemplation of one`s own problems - called rumination - is a mechanism of dealing with emotions. Why do some people, for example those who struggle with depression or anxiety disorders, abuse rumination? Psychologist Dr. Monika Kornacka researches this issue, among other things by following the eyes of ruminating people.

There is an old joke about a man who wants to borrow pruning shears from his neighbour. All along the way, he wonders what the neighbour will say and imagines increasingly black scenarios of this conversation. In each of these scenarios, the neighbour is aggressive and refuses to lend him his pruning shears. Ultimately, he knocks on the neighbour`s door, the neighbour opens the door with a smile, and the man, enraged by what he has imagined, shouts: "To hell with you and your pruning shears!"

Recurring negative thoughts about future or past events have their own name in psychology. They are called ruminations. Rumination happens to each of us. We replay in our heads how some angry driver shouted at us in a traffic jam, or we worry about the course of an important meeting on the next day... You could say that these thoughts concern the discrepancy between the current reality, and what you would like it to be or how you would like to behave in a given situation.

Psychologist Dr. Monika Kornacka from the SWPS University in Warsaw, a finalist of the Polish edition of FameLab, is working on explaining why some people abuse rumination. The psychologist also searches for the most effective methods of treating people, for whom rumination is a problem.

Rumination can be a frequent problem, especially for people with depression, anxiety disorders, eating disorders or addictions.

According to one hypothesis, such thoughts are a strategy to avoid emotions or unpleasant events. "If you think about a difficult event that is ahead, you I delay that event. You wonder how the conversation will go, instead of making an appointment and actually having it" - says Dr. Kornacka and comments that such thinking also can bring temporary relief. "Similarly with avoiding emotions, for example, if you had an argument with your partner, you detach yourself from this situation by replaying the argument in your head, instead of thinking what is happening to you here and now" - describes the researcher from the SWPS University.

"Rumination is one of the ways of dealing with difficult emotions, we all use rumination and sometimes it really helps us" - the researcher says. According to her, the problem can arise when someone abuses this way of dealing with emotions, and omits other methods - including distraction (for example watching a movie) or sharing difficult emotions in a conversation with others.

"When we know the mechanisms of formation of such recurrent negative thoughts, we will be able to create more effective trainings for people who have difficulties with abuse of negative thoughts" - the researcher sums up. In her research carried out as part of a National Science Centre grant and Marie Skłodowska-Curie actions within Horizon 2020, the psychologist tests two hypotheses concerning the causes of excessive rumination.

The first hypothesis suggests that in people with depression, excess rumination is associated with problems with the braking mechanism. "We use braking when we have to stop an automatic response, a habit, for example when we are in a serious meeting, we remember something funny and we stop ourselves from laughing" - the researcher says. She explains that according to this hypothesis, patients with depression do not have enough self-control, breaking resources to stop negative thoughts.

The second hypothesis investigated in the project assumes that people who ruminate have difficulty disengaging their attention from negative stimuli, above all those related to themselves.

The psychologist examines ruminations and mechanisms associated with it, for example by following the eyes of the people, in whom the rumination has been induced (by asking them questions about the problems they have recently reflected on).

And so in one of the braking experiments, the subjects were asked to ignore the words appearing on the screen and instead of reading them, turn their eyes away from them. It was assumed that the ruminating people would have a problem with that.

In another experiment (that concerned disengaging from negative stimuli) the words "I am" appeared on the screen together with a set of words: positive, negative and not matching, for example "mature", "pert", "flower". The participants were asked to compose only positive sentences using these words. By tracking the movement of the eyes of the subjects, researchers measured how long they looked at each word. It was assumed that people with a tendency to excessively ruminate would spend more time looking at negative words, which theoretically should not interest them when performing this task. The data from these experiments is still being analysed. If one of the hypotheses of psychologists is confirmed, it will be possible to start working on the use of knowledge of the causes of rumination in therapy.

When asked about ideas on how to help people, for whom rumination is a big problem, Dr. Kornacka sums up the suggestions of psychologist Edward Watkins. One of the ideas is cognitive-behavioural therapy and concretness training. Patients are taught to more often focus on their specific emotions and actions they can take at a given moment, instead of focusing on abstract and generalized consideration of the causes, effects and meanings of given events.

The second option is behavioural activation. "You have to replace rumination with another activity. It must be appropriately engaging, specific and consistent with the values" - the psychologist says. So if negative thoughts appear in someone when that person is travelling by tram, the solution is to find an activity that will replace rumination - for example, solving a sudoku. And if rumination occurs after work, in moments when you finally have the moment to "think about yourself" - you can, for example, start doing sports. "The goal is to engage enough so that there is no more place for rumination" - the psychologist says. She emphasises that these activities must be individually selected and there is no one recipe for everyone who is struggling with the problem of rumination.

"One should also remember that abuse of rumination is often a habit and, just like replacing any habit with new behaviour, it requires a lot of work, time and forbearance for yourself" - says Dr. Kornacka.