Millions of "sub-beams" allow to spy on cells at work 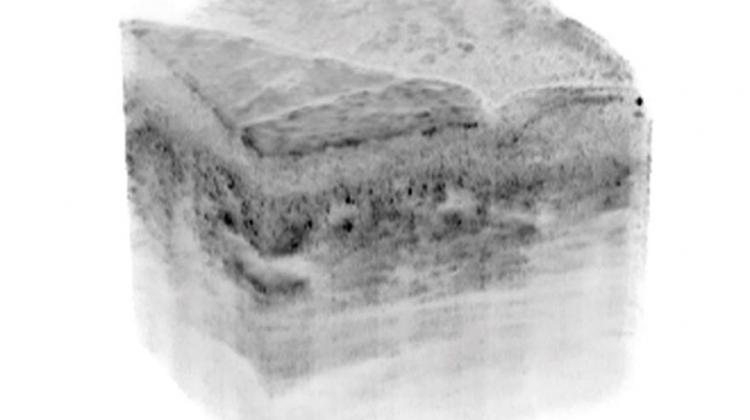 The smallest structures of a living organism can be watched "at work". Researchers have obtained sharp images of working and communicating cells. The innovative imaging methods have been developed by Prof. Maciej Wojtkowski`s team from the Institute of Physical Chemistry of the Polish Academy of Sciences.

Scientists have used near infrared, the range of light waves previously used in TV remotes. Near infrared waves are not absorbed by water, and they are not as strongly dispersed, for example, by the skin, as visible light. They penetrate dense tissue, such as skin or brain, to a depth of 1-2 mm.

"Until now, obtaining a sharp image of a single cell 1-2 mm under the skin has not been possible. Apart from the work of our group, of course. But these limits are moved every few years. I think that we will reach 3-4 millimetres; the rest is a question of appropriate specula. Or we can try to use different wavelengths" - says Prof. Wojtkowski, quoted in the Institute of Physical Chemistry PAS press release.

The success of the Polish team is the result of an unconventional approach to the source of waves - light. According to the head of the group, even the most advanced methods of microscopy use only half of the information carried by the light: the part contained in the light energy, its brightness. Polish researchers have managed to also capture the part carried by the phase, the propagation of a wave of light in time and space. The new methods allowed them to obtain both types of information and check how the elements of the light beam interact.

The starting point is a coherent beam: in one phase, with one wavelength and with the same intensity. Only lasers can generate such beams. Unfortunately, as Prof. Wojtkowski emphasises, this consistency is also a disadvantage. Upon contact with a complex tissue surface, the beam is reflected, and the individual pieces of information start to overlap. Ultimately, they can not be deciphered and all you see is noise. Therefore, the perfection of the beam must be slightly weakened. For this purpose, the researchers divide it into about a million (the more, the better) sub-beams and control each sub-beam separately, setting a separate phase for each, and then dynamically change these phases in time so that the individual beams "do not get used to it".

According to Prof. Wojtkowski, it is not difficult. It only requires pulling the main element, thanks to which we can see the images, out of any projector. The resolution of that part is sufficient to control those millions of beams. From the mass of individual beams, researchers select those that have found the optimal angle of passage through the tested object. The sharpest images are obtained from them. Then, they have to be combined into a single image. The ramaining "blurred" images can be removed with special computational methods during processing in the computer. The professor points out that ordinary graphics programs are not enough for this, so researchers have to come up with appropriate algorithms themselves.