Mathematician from Silesia is working on quantum computers 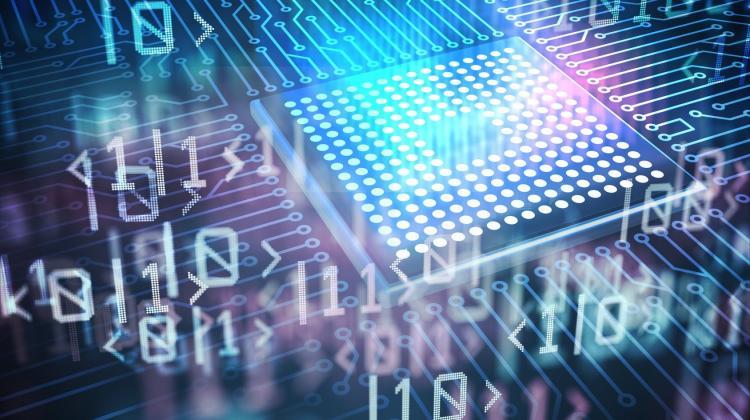 The future of computer science are quantum computers, which may allow to perform many tasks better, faster and cheaper, says Adam Glos, a PhD student at the Institute of Theoretical and Applied Informatics of the Polish Academy of Sciences in Gliwice, who is working on such solutions.

Glos is one of the stipend holders of the Foundation for Polish Science START programme for outstanding young scientists. He specialises in quantum calculations.

"Quantum computers are the future of computer science. Many scientists around the world are interested in developing these calculations and attempting to use them to solve real problems. In the near future, I plan to focus on quantum optimisation algorithms based on small quantum computers. I believe that my result will help develop the first quantum algorithms for practical applications, which can be run on quantum computers" - he says.

"At this moment, quantum computers are not ideal, for example they do handle time-consuming calculations well. Classical computers also have their limitations, there are areas where it is difficult to achieve better results, and we always strive to do something better, faster and cheaper. I believe quantum computers have such potential" - he adds.

Among the hundred Foundation for Polish Science START stipend holders is also Piotr Miska from Sosnowiec, a PhD student from the Jagiellonian University in Kraków. He studies the properties of numbers and sequences, and checks in how many ways certain mathematical problems can be calculated.

After receiving the stipend, the scientist plans to focus on the tedious work associated with combinatorics. He emphasises that he intends to change his field methodically, by regularly publishing valuable studies related to the properties of numerical sequences and the numbers themselves.

Dr. Grzegorz Świderski from the Institute of Mathematics of the Polish Academy of Sciences in Wrocław specialises in the theory of approximation, that is, replacing more complicated calculations with less precise but faster ones. The results of his research can be used in computer science.

Mathematics is can be very important for other sciences, also in very innovative processes. It is often necessary to calculate and prove something first to be able to use it later, for example by creating a computer program" - notes Dr. Świderski.

In October, the scientist will start a three-year study stay at the prestigious Catholic University of Leuven in Belgium, where he will continue to pursue his interests. Previously, he studied at the University of Wroclaw, where he obtained two master`s degrees - in mathematics and computer science.

In this year`s START programme, in which the Foundation for Polish Science awards the most talented young scholars to encourage them to continue their scientific development, there are also other scientists from Silesia. In total, stipends have been awarded to 100 scientists from all over Poland. The fields most often represented by the laureates are technical sciences (23 stipends); social sciences and humanities (15 stipends) and biological sciences (14 stipends).

The Foundation for Polish Science was founded in 1991. It is an independent, self-financing, non-governmental, non-profit institution. Its mission is supporting science. It is the largest non-budget source of financing of science in Poland. (PAP)