Staniłko: The recovery of precious rare earth metals from batteries could become a Polish specialty 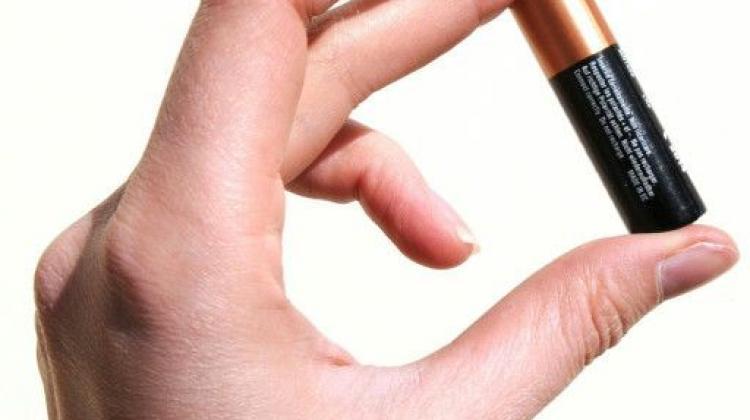 Recycling of batteries - and the recovery of valuable rare earth metals from them - may become a Polish specialty within the framework of the EU battery project, says Jan Filip Staniłko, director in the Ministry of Entrepreneurship and Technology. He emphasises that this is a global niche that will develop over time.

"Europe has overslept when it comes to the development of the battery industry - hence the idea of creating the European Battery Alliance, which is expected to reduce the market advantage of non-EU battery suppliers" - says Staniłko. He adds that Polish companies will also participate.

The Ministry of Entrepreneurship and Technology estimates that the value of the European cell and battery production will amount to approx. EUR 250 billion in 2025. According to Staniłko, currently "European companies are not capable of producing modern batteries for cars". Meanwhile, in the age of transformation of the economy towards electromobility and renewable energy sources, Europe can not be dependent on a few strong battery suppliers from Asia, he emphasises.

That is why the European Commission has taken the initiative to combine the efforts of EU countries to build a strong European cell and battery industry. "It is covered by the IPCEI (Important Projects of Common European Interest) mechanism, which enables suspending state aid restrictions in the case of the European Battery Alliance" - Staniłko points out.

He adds that the project gains such status as, for example, the Common Agricultural Policy or Horizon 2020. The leaders of the battery initiative are Germany and France, joined by other EU countries, including Poland, Italy, Belgium and Austria. "For example, Germany has already allocated 1 billion euros from the budget to projects related to this area; several consortia have applied" - he notes.

He says that since it is to be a joint business, consortia can not be national - and their members must be companies from at least two countries. "If we approach the battery area seriously, no local initiative makes any sense, batteries are a gigantic business, which has already been mastered by the Koreans, the Japanese and the Chinese" - he says. Staniłko emphasises that the battery initiative is expected to be one of the tools of European industrial policy - building European champions within international scientific and industrial consortia. "In this area, they can not be created by the forces of individual countries. Cooperation is crucial because the scale and required resources exceed the capabilities of a single state" - he concludes.

This initiative will also involve consortia of Polish enterprises that have submitted innovative projects in the field of the "battery life cycle" (production, recycling and use of cells and batteries) to the Ministry of Entrepreneurship and Technology. 17 proposals have been submitted. The winners have a chance to receive funding after the EC approves the projects.

The Ministry of Entrepreneurship and Technology hopes that battery recycling will become a Polish specialty. "The idea is to recover valuable rare earth metals that are being mined outside Europe. There will be a lot of them, especially in a country that produces batteries. This is a global niche that needs to be developed" - Staniłko says. He adds that the goal is to extract these elements from used batteries and put them back into circulation.

"As part of the battery initiative, what we are counting on the most are the projects in the field of material recovery. We are not saying that we want to make the same battery better than the Koreans, that would be absurd" - he notes. He says that in Poland there is no problem with the production of batteries, because as a country we are the fifth largest producer in the world, "but no large company that produces them is from Europe."

Staniłko emphasises that the decision on the amount of our contribution to the battery initiative will be made after analysing the projects submitted for the competition. He adds that the money will come from National Centre for Research and Development and the Low-Emission Transport Fund. "We want to see what the projects are and adjust the budget accordingly. It probably will not reach the German budget, but most Polish companies will not absorb a lot of money. Promising entrepreneurs PLN 1 billion for a project would be irresponsible, because such scale exceeds the capabilities of Polish private investment projects" - he says.

For comparison, he reminds that the largest private Polish business projects are worth, for example, PLN 2 billion (Polpharma Factory) or PLN 800 million (Forte plywood factory). "The majority of Polish investments are worth PLN 100-200 million, and I am talking about industrial, production investments, where a large production plant is needed. And here we are talking about something that still requires product development in the R&D area" - he points out.

According to Staniłko, Poland has the potential to develop battery recycling projects. "We have several companies that could participate in this initiative" - he says. He mentions Elemental Holding and Eneris. "Such companies could benefit from cooperation - as part of consortia - with scientific institutes, for example with the newly established Łukasiewicz Network, and as part of it with the Institute of Industrial Chemistry or the Institute of Non-Ferrous Metals" - he notes.

Asked when we would know the results, he says: "In the case of batteries, the minimum project time is three years, in the field of materials engineering - even longer".

Staniłko believes that the battery initiative is an opportunity for companies that are "in the trap of using old, outdated technology". "History shows that the enterprises with such problems and fail to +build a second business leg+ end up in the cemetery of history" - he concludes. (PAP)