Human
This text can be copied
Kamil Szubański 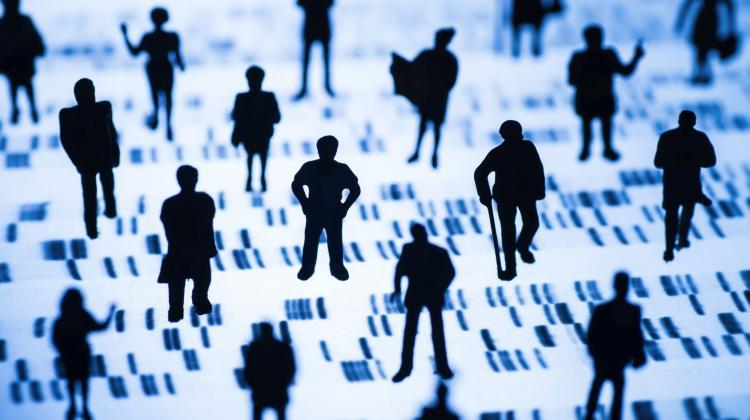 Nearly half of Poles are descendants of the female genetic line Helena, named after one of the "European Clan Mothers". This line is most common in Western Europe, especially in Spain and Portugal.

The latest research by the Biobank Laboratory of the Department of Molecular Biophysics, the University of Lodz has shown that the Polish population, like the European one, comes from seven major female genetic lines (haplogroups). In the book by Prof. Bryan Sykes, these lines are referred to as "European Clan Mothers": Ursula, Xenia, Helena, Velda, Tara, Katrine and Jasmine.

The level of diversity of the Polish population is low, it is quite homogeneous in terms of genetics. Most Poles - approx. 43 percent - come from the genetic line called Helena, according to the study of researchers from Lodz, who published their results in the prestigious European Journal of Human Genetics.

The research of the Biobank Laboratory of the University of Lodz concerned to the determination of diversity of mitochondrial DNA inherited from the female line in the Polish population. Their goal was to determine the shares of individual genetic lines of mtDNA in the population and to illustrate the genetic links between the Poles.

Dr. Justyna Jarczak from the Biobank Laboratory of the University of Lodz reminds that the DNA contains not only information about how we look and how our body functions, but also about our ancestors. We can find out what genetic line, and, in simple terms, what group of first European inhabitants we come from.

"It is worth emphasizing that mitochondrial DNA allows to determine the female genetic line, because this type of DNA is transferred almost exclusively by women. What`s more, the changes occur in it very rarely, so we can go back in time for many generations, to very distant times" - adds Dr. Jarczak.

Research of Lodz scientists was the first conducted on such a large group of people (5852) representing all provinces and the vast majority of district. In addition, researchers divided the area into clusters that more or less corresponded to geographical or ethnographic regions. This allowed to compare the genetic differences with the historical and cultural background.

It is known that 95 percent of today`s Europeans come from seven female genetic lines.

Biobank`s research shows that the majority of Poles - about 43 percent come from the genetic line H (Helena). It most often occurs in Western Europe, and the highest frequencies of this haplogroup are observed in Spain and Portugal. In turn, in the northern part of Europe, among the Sami people, it occurs with a very low frequency - 0 to 7 percent. "It is believed that the first groups of people belonging to this genetic line appeared in Europe about 20 thousand years ago in the areas of southern France" - the researcher adds.

Other common genetic lines in Poland are U (Ursula) - approx. 20 percent and J (Jasmine) - about 10 percent.

Haplogroup U is the oldest mtDNA genetic line identified in Europe. Its first traces date back 45 thousand years from the areas of today`s Greece. Haplogroup J appeared relatively recently in Europe - about 8,000. years ago. "The highest incidence rates are observed in the Middle East and the Balkans, which is where it probably appeared on our continent for the first time" - explains Dr. Jarczak.

There are also rare haplogroups in the Polish population, indicating the participation of genetic lines of non-European origin. These are haplogroups of Asian (C, D, R, A, G, Z, B, F) and African origin (N, L, M). However, their frequency in the population is very low and does not exceed 1 percent.

For the first time, the researchers also presented the mtDNA haplogroup distribution with division into regions of Poland. The research results indicate that the level of diversity in the Poland is low, and the Polish population is quite homogeneous in terms of genetic makeup.

But the researchers observed that the inhabitants of some geographical regions of our country showed some genetic diversity. In particular, the Łódz and Świętokrzyskie provinces differ from the average Polish population.

"This diversity can be explained by the history of demographic processes in Poland, such as resettlement and migration of population, or relatively weaker urbanization and a higher rate of retention of rural population in some regions" - Dr. Jarczak adds.

The Biobank Laboratory of the University of Lodz conducts research in the field of human genetics using molecular biology methods. It has a collection of DNA samples acquired from nearly 10,000 volunteers from all over Poland. The combination of state-of-the-art molecular methods with the possibility of using samples from a given population allows to conduct research in the field of population genetics.

"Using population research we can, for example, assess the health of people from a given area, we can check the impact of various factors on the occurrence of diseases, and thus affect the development of prevention and treatment of civilization diseases" - explains Dr. Dominik Strapagiel, head of the Biobank Laboratory.