Life
This text can be copied
Katarzyna Florencka 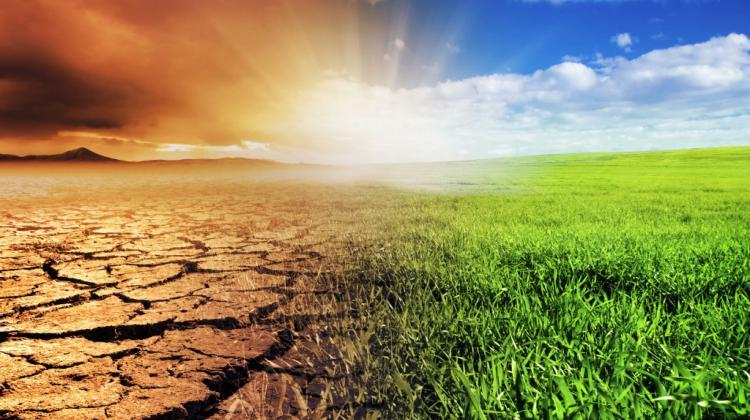 A better understanding of the links between the processes that shape drought and human activity is the goal of the Polish-Chinese research project, of which its leader Prof. Renata Romanowicz from the Institute of Geophysics of the Polish Academy of Sciences talks to PAP.

It is no secret that huge changes in the functioning of natural processes on the scale of the entire planet are taking place due to human activity. We can already observe the impact of climate change on such phenomena as, for example, droughts, which now happen more often, are more severe and cause higher losses all over the world. However, as Prof. Romanowicz notes, we are not quite prepared to deal with the changing nature of drought at this point.

"This is because we do not know and fully understand the feedback between the processes that shape drought and human activity" - the researcher explains. Meanwhile, it does not seem that this problem will disappear in the foreseeable future. On the contrary, according to scientists` forecasts, the increasing global average temperature and the growing anthropopressure (human activity that affects the environment) will have more and more impact on hydrological phenomena.

All the more important it is to examine in detail how human activity affects the processes that shape drought. Prof. Romanowicz decided to tackle this issue together with researchers working at the Hohai University in Nanjing (China). For their research, they received funding from the SHENG grant - a joint initiative of the Polish National Science Centre and the National Natural Science Foundation of China.

As part of the project, the scientists will study two rivers: the Polish Vistula and the Chinese Huai. "This will be a very interesting problem for us" - emphasises Prof. Romanowicz. "The conditions in China are extremely different from the ones in Poland. Comparing conditions in different geographic locations will be a big challenge in itself. We will also have to account for the fact that the Huai catchment is much more industrialized than the Vistula catchment, and therefore in the case of the Huai it is much more difficult to distinguish between the influence of human activity and the impact of natural changes" - she explains.

But the researcher remains optimistic. "One of our goals is to develop methods for comparing conditions in different regions. Thanks to this, the results of our work will be more than just case studies, it will be possible to generalise and widely use them" - she says.

Prof. Romanowicz explains that several stages can be distinguished in the process of drought development. The initial stage is known as meteorological drought (no precipitation), the final one is the hydrological drought, during which flows in rivers fall below the long-term average values (low rainfall persists for a long time, little water is stored in the soil, which results in lowering the overall water level in the area).

"The transition of one drought into the other is a very long process, it may take many years. That does not necessarily mean that the weather is always dry - it can be interrupted by short rainfall, which temporarily changes the situation" - the researcher emphasises.

In the water system, the water is first stored in the surface layer of the soil, and only then slowly supplies the ground water. The development of drought is gradual, starting from a long period without precipitation. Occasional rainfall passes so quickly that the soil is not able to store this water. "The reduction of groundwater resources is slower than the reduction of surface waters, but they are also renewed more slowly. Short local rainfall is not able to increase water resources throughout the country" - Prof. Romanowicz explains.

"That is why - despite the fact that there may be more local floods caused by sudden rain in the future - we predict a higher number of droughts. Although these phenomena seem extremely different, they are linked" - the researcher says.

As part of the research project, scientists from Poland and China will deal with several issues. First, they will analyse the phenomena of drought occurring in both countries and their links with the properties of the studied rivers. The rate of water consumption in a given area can be influenced by factors such as, for example, afforestation, agriculture (including artificial irrigation), industry and municipal economy. This will be accompanied by a study of human impact on the features of hydrological drought. "We are interested not only in the impact of this activity on the evolution of drought in time - but also in space. Drought is a +crawling creature+, slowly moving around in different areas. We observed it, for example, in 2015 in Poland, and similar processes take place in huge areas in China" - explains the hydrologist.

Knowledge of how man affects drought will, in turn, be indispensable for the next problems that scientists plan to tackle. "We will analyse projections of climate and social changes until 2100. We hope that this will help in the development of forecasts for future droughts" - says Prof. Romanowicz. She adds that scientists expect large seasonal changes in the occurrence of droughts - which means that there could be water shortages in critical moments, for example in spring.

At the end of the research project, the scientists want to present proposals for new methods of water resource management. "We want the results of our research to help in planning and taking measures for sustainable water management as well as increasing our resistance to drought - in both Poland and China" - the researcher emphasises.