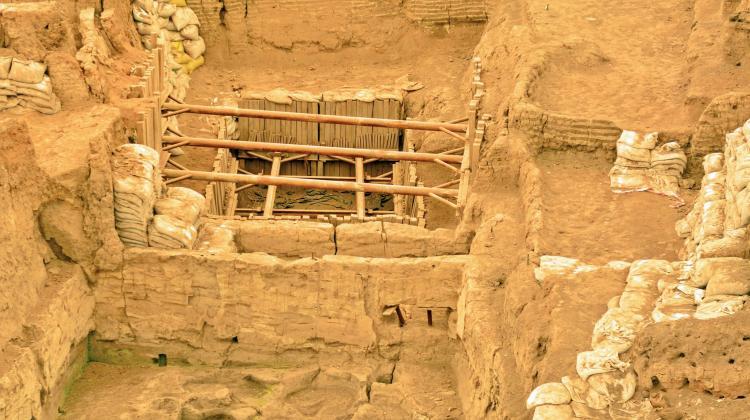 The social structure of the inhabitants of one of the oldest cities in the world, Çatalhöyük in Turkey, was more complex than scientists assumed. Kinship could have a secondary role in it, scientists determined on the basis of DNA tests of the deceased.

Çatalhöyük, an archaeological site in central Turkey, was inhabited for almost 1200 years between 7100 and 5950 BC. It is estimated that in the period of the greatest prosperity, the densely built settlement with an area of several dozen hectares had approx. 6 thousand residents. An interesting fact is that the dead were buried under the floors of houses.

An international team of geneticists (which includes researchers from Ankara and Stockholm) coordinated by Maciej Chyleński from the Fossil DNA Laboratory at the Adam Mickiewicz University in Poznań decided to study the DNA of some of the human remains discovered in the prehistoric settlement. Researchers focused on the remains of nearly 40 people found under the floors of 4 houses inhabited by approx. 8.5 thousand years ago. In an interview with PAP, Chyleński emphasises that the genetic material is poorly preserved, which is why its examination is not an easy task.

"For now, we know that the dead buried under the same house were not related in the maternal line. For example, in the case of children found under the floors, the women buried next to them were not their mothers. We do not know if they were related in any other way" - Chyleński says. He adds that further analysis of data from nuclear genomes is necessary to completely rule out kinship, but these genomes are poorly preserved. The geneticist will make further attempts to obtain nuclear genomes in the near future.

"However, the mitochondrial genomes (the information they contain is inherited only in the female line - PAP), in combination with the results obtained by anthropologists working at the site, suggest that the social structure of Çatalhöyük was more complex than one would expect and biological kinship it could have a secondary role in it" - the scientist says.

Thus, as a result of the genome analysis, numerous previous archaeological speculations have been disproved - the inhabitants of one house probably did not belong to one family.

Geneticists also found that in genetic terms, the inhabitants of the prehistoric city were genetically closely related to the peoples of the Sea of Marmara. This area played an important role in the spread of agriculture and animal breeding in Europe, called the Neolithic Revolution.

"The time of the beginning of the Neolithic in both regions and similarities in material culture may indicate that populations from Central Anatolia, or groups closely related to them, participated in the Neolithic Revolution in the Marmara Sea region" - Chyleński says.

The results of the study were published in the journal Genes. The project was financed with a grant obtained from the National Science Centre.

Çatalhöyük is one of the most famous archaeological sites in the world. It became famous due to the characteristic buildings consisting of houses built of mud brick. Their walls adhered directly to each other, and the entries were at the roof level. The interiors of some of the houses were richly decorated with paintings, among other things. In 2012, it was inscribed as a UNESCO World Heritage Site.