Technology
This text can be copied
Katarzyna Florencka 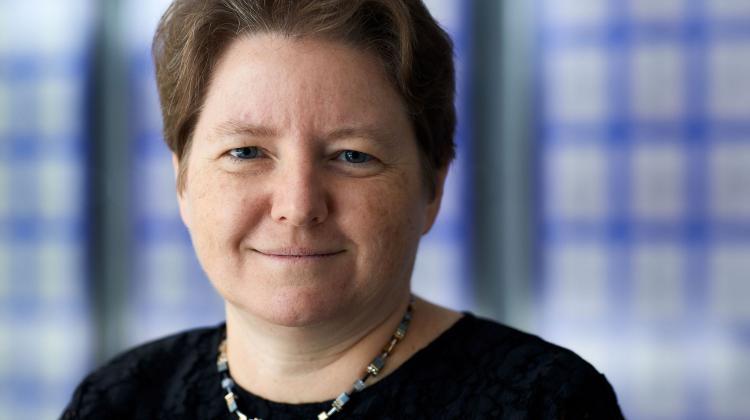 Polish inventor Marta Karczewicz has been nominated for this year`s European Inventor Award, awarded by the European Patent Office. Karczewicz is a video compression expert, and her work has enabled high quality streaming.

According to the European Patent Office (EPO) announcement, Marta Karczewicz was nominated for the European Inventor Award for her work on video compression as one of the three finalists in the Lifetime Achievement category. Polish software engineer dedicated her career to creating a technology that would allow to compress video files by a factor of 1000 without noticeably deteriorating the image quality.

The standard that Karczewicz has contributed to is used by almost every person using video streaming. Since video files contain large amounts of data and require high speed connection and disk space, video and information technology specialists had to find a way to reduce the amount of data without compromising image quality. Each time a video file is sent via a web service or TV signal, it is most likely encoded with the Advanced Video Coding (AVC) codec - which uses solutions developed by Marta Karczewicz.

Marta Karczewicz has always been passionate about mathematics and is a great enthusiast of films with special effects. She ranked among the top 10 at the Mathematical Olympiad in Poland and later secured a grant from Nokia to study information technology at Tampere University, in Finland. While there, she became interested in data compression. "I like problems that require the analysis of large amounts of data and pattern search, which is essentially what video compression is about" - says Karczewicz, quoted in the materials sent to PAP by the EPO.

During her later work for Nokia, the Polish software engineer developed the key components of the AVC codec. It is a video compression technology based on the principle of reducing redundancy or repeated information by exploiting the similarities within a frame or between successive frames in a video. Codecs are sets of modules and algorithms that run on consumer devices.

One of the most important Karczewicz`s inventions related to AVC is her patented deblocking filter, typically used in set-top boxes. It smoothens pixels arising along sharp outlines and "ghost-like" halos in images. AVC simplifies images for transmission by breaking them down into simpler blocks of information. It reduces the file size and produces sharper contrasts between adjacent blocks.

After several years of work in Nokia and graduating from doctoral studies, Karczewicz moved to San Diego (USA), where she started working at Qualcomm in 2006. There, she continued to work on codecs and contributed to the development of the latest standards for encoding video files, including High Efficiency Video Coding (HEVC), the successor to AVC, enabling faster streaming on mobile devices.

Over decades, Marta Karczewicz`s name as an inventor appeared on over 400 patent applications, of which nearly 130 obtained European patents. Karczewicz believes that patents are an important catalyst in her field, facilitating the transfer of knowledge and supporting the development of technology.

"Companies must protect their achievements, but they must also cooperate if they want to achieve progress" - she says. According to Karczewicz, intellectual property has enabled both her and other inventors to exchange inventions, develop the ideas of others and develop technical standards throughout the industry. "We reveal our inventions so that others can further develop them and draw inspiration from them. When this happens, it is an even greater honour for me" - she says.

According to Karczewicz, without the open cooperation of standardization bodies, data compression would not meet the requirements for streaming in such a short time. "Creating codecs requires the cooperation of a large team. A single company would have a problem with developing a codec on its own, and the quality of the codec would suffer due to lack of competition and information exchange" - she says.

Polish software engineer`s inventions also provided viewers with 8K x 4K resolution at 120 frames per second, enabling the streaming of movies and the use of applications that use virtual and enhanced reality on mobile devices. Her solutions also played a key role in the development of telemedicine, enabling doctors to provide medical care remotely.

Currently, Karczewicz is Vice President of Technology at Qualcomm Technologies Inc., where she is working on Versatile Video Coding (VVC) - a new video compression standard that will be introduced in 2020.

Winners of this year`s EPO awards will be announced on June 20 during a ceremony in Vienna.