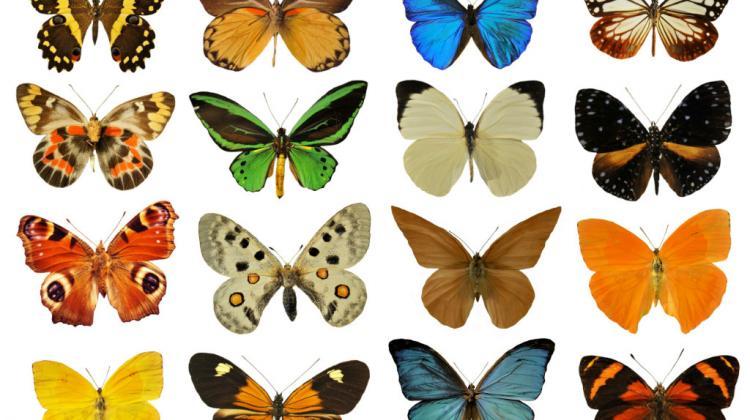 Despite their small sizes, insects sometimes cover considerable distances, but their migration routes are difficult to monitor. Polish scientists have a way to do it. They identify the DNA of plants that, for example, butterflies transport on their bodies, and on this basis they track the routes of their long journeys.

Insect migration is a poorly understood phenomenon, mainly due to technical difficulties associated with tracking these small organisms. One of the most widely spread species of butterflies, found on all continents except Australia and Antarctica, is the painted lady (Vanessa cardui). A recent study by a team of Spanish scientists indicates that it is also the most-migratory insect in the world. During its annual trips between Europe and Africa, over its short life lasting up to about three weeks, it can cross the Mediterranean Sea and the Sahara. But its exact migration routes remain unknown.

A method that allows for indirect, easier tracking of insects migration has been developed by Polish researchers: Dr. Tomasz Suchan and Dr. Michał Ronikier from the Institute of Botany PAS in Kraków in collaboration with scientists from the Institut de Biologia Evolutiva and Universitat Autònoma in Barcelona. They described it in an article published in the prestigious hjournal "Molecular Ecology Resources".

In their method, they used plant pollen that the insect collected during its journey. They analysed the pollen deposits from 47 specimens of Vanessa cardui caught by their Spanish colleagues in the spring on the Mediterranean coast. A short fragment of DNA from pollen grains transported by butterflies was used as a molecular barcode to identify the species of plants visited by insects. Therefore, by sequencing DNA from pollen collected from the body of a migrating insect, it was possible to determine which plants the individual had visited. The analysis revealed the presence of 157 species of plants belonging to 23 orders, most of them found in large amounts in Africa.

On the basis of the analysis of the ranges of detected plant species, researchers were able to determine the geographic regions, which the insects had visited, and thus determine their migration routes. The research results also indicate that trans-continental pollen transport is possible, and thus the flow of genes between plant populations on different continents.

So far, research on insect migration has been based on the marking and re-catching of specimens, telemetry and analysis of the isotope composition of insects. "However, each of the above methods has its disadvantages: marked insects are difficult to find and catch again, especially on another continent, telemetry transmitters are too heavy for most insects, and isotopic composition studies provide only very general information about the place in which the organism developed. By using the possibilities offered by the so-called next-generation sequencing, we can easily detect plant species visited by insects and that is what our method is based on" - explains Dr. Tomasz Suchan, originator and main author of the paper.

"We are planning further research on the use of this method in research on Vanessa cardui migration. In 2018, thanks to a project funded by National Geographic, we had the opportunity to collect samples of these butterflies in Africa. Some of them probably migrated from Europe. Our goal now is to detect pollen of European species of plants and determine which areas of our continent the captured butterflies come from" - says Dr. Tomasz Suchan.