Cognitive scientistist: systems modelled on the brain are the future of artificial intelligence 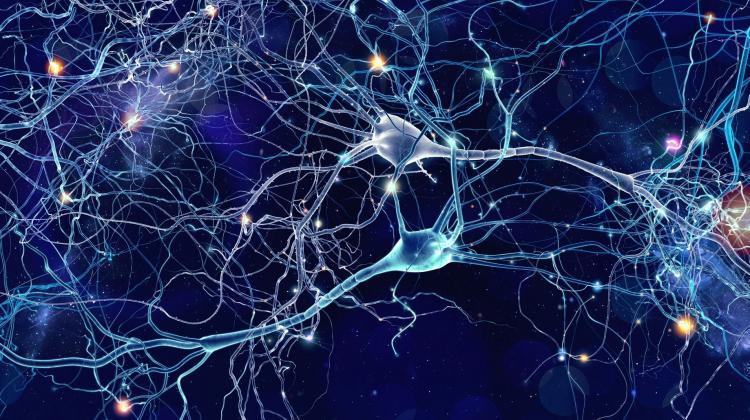 Neuromorphic systems modelled on how the brain works are the future of artificial intelligence. Researchers have already produced integrated circuits, the complexity of which is similar to chimpanzee brains, Prof. Włodzisław Duch says in an interview with PAP.

Experts say that computers are still slower than the human brain. But in recent years, work on advanced artificial intelligence systems has accelerated at a surprising rate.

Prof. Włodzisław Duch, a cognitive scientistist from the Neurocognitive Laboratory of the Nicolaus Copernicus University in Toruń says that the computers we use on a daily basis do not resemble the way the brain works, because they are based on classic processors.

"That is why people began to create neuromorphic systems, integrated circuits, which are modelled on the fragments of the brain, where the neurons send information in a non-synchronized manner" - says Prof. Duch. He adds that incredibly complex systems have already been created, and their capabilities are approaching the level of complexity of the brains of chimps. "So is not as far as it would seem from a human brain anymore, it is no longer science fiction" - the researcher emphasises.

Can such advanced systems experience emotions and certain emotional states? "This is a too far-reaching statement, but they can read our emotions and control the behaviour of robots and avatars in a way that we can interpret as emotions. To talk about real emotions, we will need to create an even more advanced model of the internal world. We are on the right track" - the scientist says.

Until now, robots have been associated with the fact that they are programmed, that is, all their skills or reactions are planned in advance and uploaded into the system. According to this concept, robots do exactly what they are told to do.

"This is no longer the case. Machines are now starting to learn from experience, from what they are shown. Robots and artificial intelligence of the future - and not a far future - will behave as individually as people They will not be programmed to behave in a certain way, only to learn in different situations" - explains Prof. Duch. Helpful in the development of artificial intelligence are large data sets, Big Data, which these systems can use to draw a huge amount of information and process it.

"This is happening now. Artificial intelligence is rapidly entering everyday life. The results include autonomous cars; AI is also able to steer the plane in such a way that it will land!" - the scientist adds.