Dr. Poleszczuk on "model" cooperation between mathematicians and doctors 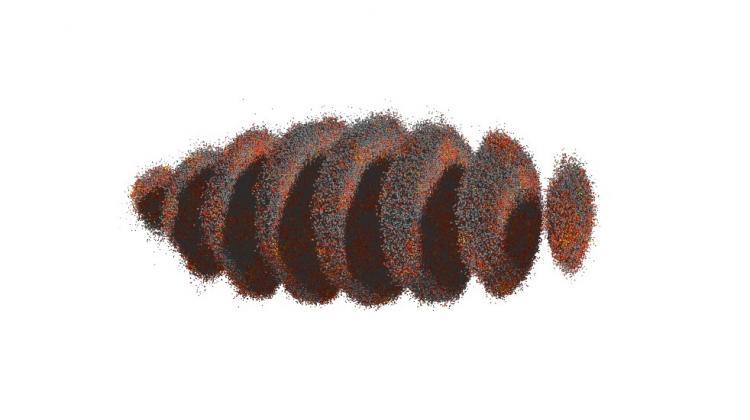 To support the intuition of doctors and more effectively choose the right treatment for a particular patient, mathematical models are sometimes needed. Dr. Jan Poleszczuk talks about the "model" cooperation of mathematicians and doctors.

"Today`s medicine is a lot of data that have to be analysed, understood and connected" - Dr. Jan Poleszczuk from the Institute of Biocybernetics and Biomedical Engineering of the Polish Academy of Sciences in Warsaw says in an interview with PAP.

He says that on a daily basis doctors face many variables that have to be analysed in order to effectively diagnose and treat patients. For example, in the treatment of cancer, the history of patient`s results should be analysed, drugs should be selected, their doses and the time of administration should be precisely adjusted.

"Common sense and medical intuition may not be enough to review all the possible combinations and find the best solutions. Mathematics may be useful" - said Dr. Poleszczuk.

The researcher creates mathematical models that will help physicians better care for patients.

In a recent study, Dr. Poleszczuk and colleagues addressed the issue of using the fact in clinical trials that radiotherapy (irradiation of the tumour and its surroundings with ionising radiation) can be very effectively combined with immunotherapy (treatment that alters the body`s defences). "Synergy occurs: radiotherapy also stimulates the immune system and can further increase the effectiveness of immunotherapy. But the question is, which doses this radiation should be given" - the scientist says.

Another team investigated mice with implanted tumours in a pre-clinical trial. Researchers checked how radiation affected cancer. The experiments tested only three specific doses, although in practice the number of possible doses of radiation can be very large. "Based on the data for these three doses, we developed a model. We allowed it to interpolate the dose - predict the possible effects of different doses in the given range" - the researcher says. He adds that mathematical models could allow to administer more effective and safer doses of drugs or radiation.

This is just one of many examples of mathematical models that can be useful for doctors.

The scientist says that although artificial intelligence quickly learns to recognize images of cats or taxis in photographs, it is still a long way from being used to reliably diagnose diseases. Dr. Poleszczuk emphasizes that the difficulty in medicine is the interpretation of data. "If we see several doctors with the result of one X-ray, the opinion of each of them may be slightly different" - says Dr. Poleszczuk. He adds that it is not known which of the diagnoses of doctors should be used as a model for further learning for a neural network.

"The problem with neural networks is that we never know what exactly we are teaching to them" - the researcher says. He gives an example that if we teach an AI to recognize tanks in satellite images, it may turn out that this AI will learn to distinguish between good and bad weather instead.

He adds that when the neural network finally "learns" something - it is difficult to get the information out of it on what it actually uses to recognise the given objects. "There are many scientists who are trying to create methods for analysing what neural networks actually take into account. But it`s not easy. There are millions of parameters" - the scientist says.

"Doctors are very familiar with the protocols that allow to diagnose a patient`s disease. Their methods are very close to the optimum. We mathematicians can help them increase their effectiveness, but we will never replace medical intuition. The claim that a neural network will replace doctors is still unfounded. If it does happen, it will not be in my life" - he concludes.