Report: Polish internet is a battlefield of political bots 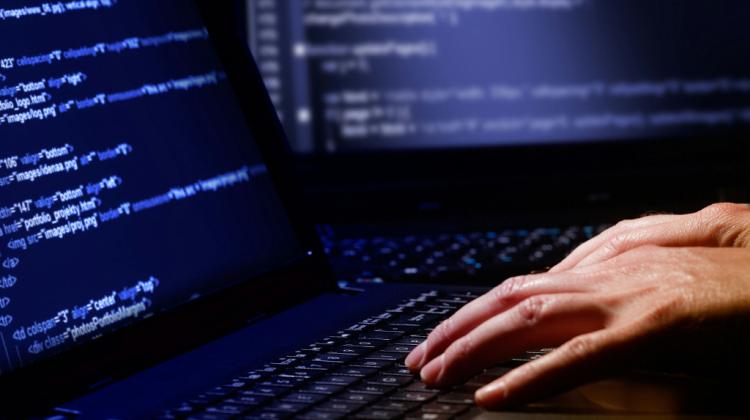 Polish social media are overrun with false identities - even every third post on the Polish Twitter is sent by bots - according to a report on propaganda on the Polish Internet, published by the Oxford Internet Institute.

The author of the report "Computational propaganda in Poland: False Amplifiers and the Digital Public Sphere" is Robert Gorwa, a graduate of the Oxford Internet Institute (OII) at the University of Oxford. He investigated how the phenomena earlier observed during the US presidential campaign look in Poland.

According to the researcher, in Poland Facebook has become a major source of information to an even greater extent than in the US - at least for young people. It ius used by as many as 22.6 million out of 30.4 million Internet users (Twitter has a much smaller reach with about 4 million users). Complicated history and political climate also create a unique research environment.

According to Gorwa, the results of the 2015 elections suggest that PiS was able to use the Internet better than PO to mobilize its supporters and control media narratives - especially those addressed to young people - although better familiarity with the Internet had been attributed to "young, educated, big city" PO supporters.

According to the experts cited in the report, IT propaganda consist of three main elements: political bots masquerading as real users (to spread spam and harmful links), organized trolling (including hate and persecution campaigns) and disseminating "fake news".

According to Gorwa, the opinions of the surveyed allow to conclude that in Poland there is a real industry of creating false identities on Facebook, Twitter and other social media. These media can be used for commercial and political purposes.

The battlefields are web portals, especially two major ones: Onet and Wirtualna Polska - the researcher noted. Immediately after the publication of a message on any topic, political comments appear. (For that reason, many websites such as Gazeta Wyborcza try to make such discussions more difficult for users). According to Gorwa, there is a popular view that political parties paid some commenters, and a large proportion of the trolls were organized.

An "interesting and disturbing" phenomenon - according to the expert - are the interactions between trolling and online algorithms. The hateful comments that have been removed by the moderators are still noticed by indexing algorithms and leave a trail on the Internet. If multiple entries suggest that "Kowalski is gay" - despite the removal of the posts about Kowalski, Google still displays that name in a specific context.

The example of "fake news" cited in the report is the news about a supposed computer game "Blue Whale" that was believed to encourage young people to commit suicide. The news appeared on one of the Russian news pages and was circulated by the British newspaper The Sun. Even the Polish Ministry of Education reacted to the information by sending out a warning to schools.

Poland\'s online policy is also strongly influenced by Russia\'s activities related to the Ukrainian conflict, the report author noted. Robert Gorwa referred to the report of the Centre for International Relations, which, as an example of such activity, mentioned false information published during the NATO summit in Warsaw (2016). In reply to those allegations, Russian Sputnik Polska published a sarcastic text "How to recognize a Russian troll".

Online discussions concerning Russia end with a flood of offensive or harassing comments. Those who provide real personal data are intimidated, like a journalist critical towards Russia, who received private messages that threatened his wife and children - the report reads. It is also increasingly difficult to distinguish between false and real accounts, as the former are becoming more sophisticated, and the name "russian troll" is one of the most popular invectives on the Internet.

Gorwa also spoke to a political consultant and marketer working for a large company that uses false identities on Polish social platforms. Over the past 10 years, the Company (as it is referred to by the author of the report) has created over 40,000 unique identities - each with multiple accounts on different social platforms and portals, unique IP addresses, and even identity. Profile images are found online and modified so that they are not recognized by search engines looking for originals. Hundreds of thousands of fake accounts are used for political and commercial purposes (for example by pharmaceutical companies wishing to use whisper marketing).

Each employee of the Company manages up to 15 different identities - they have their own writing styles, interests and personalities. VPN manipulation allows them to masquerade as real people moving around the city. False users do not copy each other\'s statements. "All this makes it virtually impossible to distinguish between genuine and false accounts" - the scientist believes.

Influencing public opinion is not direct - the activity of bots is aimed at opinion leaders: politicians, journalists, bloggers. By agreeing to them and becoming followers, bots take subtle steps to achieve their goal.

According to Gorwa\'s informant, completely automatic bots are used in only three cases: spamming, spreading hatred and discrediting opponents who receive such pathetic support from evident bots that it discourage real followers. A Facebook representative admitted that thy were less afraid of bots than "manually" created and controlled false accounts (only in connection with the French presidential campaign Facebook removed 30,000 false accounts!).

In order to quantify the impact of propaganda on Polish Twitter, Gorwa analysed many years of activity of 50 politically important accounts - including the accounts of all the major parties in Poland.

Using the hashtags #sejm, #smolensk and #abortion for a three-week observation of political discussion on the 30 selected accounts (a total of 50,000 tweets), the researcher showed that very few accounts were responsible for a disproportionate share of activity in political discussions associated with these hashtags. The number of right-wing accounts that had features typical of bots turned out to be twice as high as similar left-wing accounts, and a handful of the most active right-wing accounts was responsible for 20 percent of the total political activity on Twitter - Gorwa found. About 33 percent activity can be attributed to bots - almost as much as the bots\' activity in Donald Trump\'s presidential campaign, and more than in the election campaigns in France, Germany or the UK.

In recent months, many left-wing bots have also appeared.

According to the author\'s summary, the problem of web-based propaganda is difficult to investigate, and these issues are becoming more and more current. "We are entering the golden age of propaganda, disinformation and media manipulation" - he believes.

The report was prepared as part of the Computational Propaganda Research Project. Researchers involved in the project study the use of social media to manipulate social opinion in 2015-2017 in several countries: Brazil, Canada, Germany, Poland, Taiwan, Ukraine, Russia and USA. The publication is available at: