Gowin: We will be in the forefront of the countries that support innovation 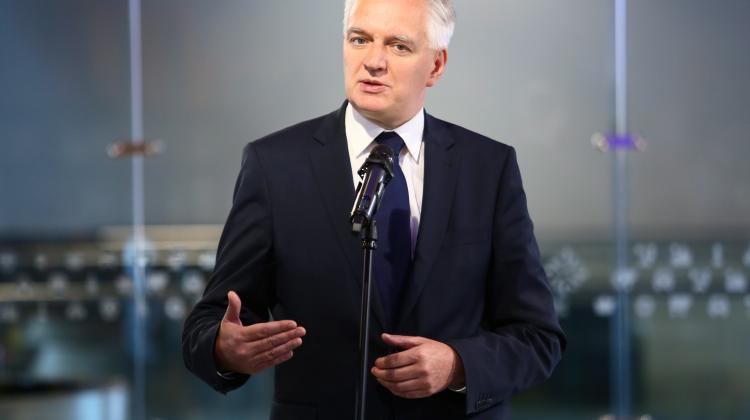 From 2018, every zloty an entrepreneur invests in cooperation with science will be tax deductible. We will be in the forefront of the countries that support innovation - said Deputy Prime Minister, Minister of Science Jarosław Gowin on Wednesday.

The conference Impact\'17 - Economy 4.0 is being held on Wednesday and Thursday in Kraków. It is attended by Deputy Prime Minister, Minister of Science and Higher Education Jarosław Gowin, who talked on TVP Info during the congress about the cooperation between business and science. According to him, in order to ensure that the relations between these two domains are as stable as possible, we need to create a system of incentives for entrepreneurs. "Such a system of incentives has already been introduced by the first law on innovations, in force since the beginning of this year. We are working on the second law with Prime Minister Morawiecki. The main incentive for entrepreneurs is tax relief" - said Gowin.

Today, every second zloty an entrepreneur invests in cooperation with science is tax deductible. From the beginning of next year, every zloty will be tax deductible, and we will be in the forefront of the countries that support innovation" - he noted.

He added that universities and research institutes also must have incentives for cooperation. "That is why I am preparing a new law on higher education and science". He also mentioned that a new career path would be introduced - implementation doctorates. Provisions will allow to obtain a doctorate degree not only for theoretical work, but also for specific economic implementations.

According to the minister, research in applied sciences is intended to serve not scientists but the entire society. "It has to work in the economy, pay off" - he said.

According to Gowin, the valley of death extends between studies and implementations, where scientific discoveries "dry up, die". "Prime Minister Morawiecki and I are building a a bridge over this valley of death. The laws of innovation are an example of spans of this bridge, but there are more such spans".

Gowin said that during the Impact\'17 conference the Polish government would present a number of solutions that would make the Polish economy more innovative and help science find stronger footing.

"In reality, inventions are created not at universities, nor in companies themselves, but at ttheir point of contact. That is why projects such as Impact are so important. Today, 5,000 entrepreneurs, scientists, innovators, start-ups will meet with each other, discuss and exchange experiences. This is an extraordinary undertaking on a European scale" - said Deputy Prime Minister. (PAP)