Polish scientists to carry out Mars analogue mission in the US 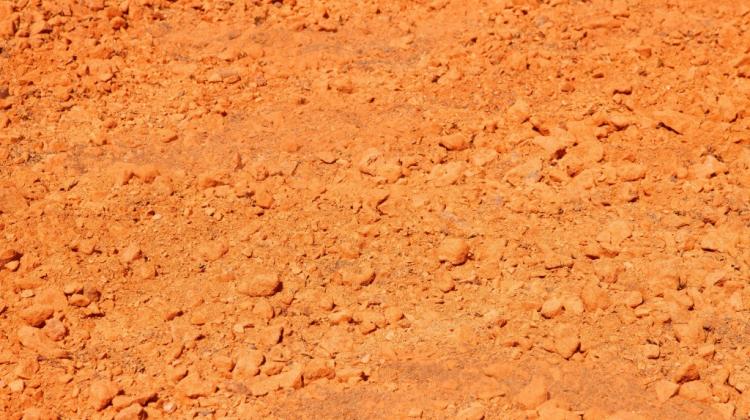 Polish scientists will carry out a two-week, analogue Mars mission EXO.17. The surface of Mars will be imitated by the Mars Desert Research Station in Utah in the US. The mission will start on March 11, and it will include testing air filtration system and ways of coping with stress.

EXO.17 mission is a collaboration of the University of Social Sciences and Humanities and the EXORiON Foundation, founded by the university graduate Jakub Falaciński - a psychologist and inventor. "It will be carried out in the US research centre Mars Desert Research Station (MDRS). For the duration of the experiment it will be made available to the interdisciplinary team from Warsaw" - announced the University of Social Sciences and Humanities.

Analogue mission is a simulation of a manned expedition to Mars. Researchers will use the same equipment, perform similar tasks and use similar procedures. They will also work in the landscape reminiscent of Mars. MDRS is located in the desert in the US state of Utah.

For more than two weeks Polish mission participants will test equipment and technology, and conduct psychological research. One of the tested devices will be a space suit analogue, which allows to adapt parts of the suit to the performed task. "For example, a geologist needs different pockets than a rover operator, so they will have to reconfigure the suit depending on the current needs" - explained Falaciński. "This is the first entirely Polish space suit analogue. We will use it to learn and test for the next generation of this suit" - he emphasised.

The researchers will also test a new version of Holter - a device that analyses heart function while performing routine tasks and morning exercise. "They will also test the air filtration system in the habitat. Martian dust penetrates deeply into the structure of the lungs, hence such safety measures are necessary" - reads the University of Social Sciences and Humanities press release.

Analogue astronauts will also be able to try out Jakub Falaciński\'s original invention Falacińskiego - the FOG shower. The minimalist device allows to take a bath in two cups of water.

Hardware tests are not the only purpose of the mission. "Analogue simulations are largely the search for potential problems. We check what works and what needs improvement. But we do not focus exclusively on testing equipment. We are primarily interested in the so-called human factor in conditions of isolation" - emphasised Falaciński.

That will be the subject of research of Dr. Hanna Bednarek from the University of Social Sciences and Humanities. The team will have to handle difficult tasks in unusual conditions. The planned tests include coping with stress and functioning of the so-called working memory.

Due to the unusual circumstances, in which the mission will take place, before it begins researchers will determine morning or evening chronotype of each member of the expedition, that is, their individual rhythm of activity in a daily cycle.

During the mission, the tasks of the crew will include daily measurement of mood and two working memory test sessions: according and contrary to the team member\'s own chronotype: in the morning and in the evening. The researchers hope that through this research they will obtain information that will enable the future preparation of individualized, optimal research scheduling of participants in this kind of expeditions.

Dr. Karolina Zawieska will look at the role of Ares, Mars rover, which will be used by analogue astronauts during the experiment. "She will check whether the mission participants treat it as a cuddly friend, a pet, or only as a cold +tool+ for specific tasks" - described Falaciński.

The work of the analogue crew will be coordinated by the EXO.17 Mission Control Center, located in the Institute of Aviation in Warsaw. The data collected during the mission will also be transferred to the institute.

The procedures developed during the mission EXO.17 will be used during regular EXO (Experimental Objectives) missions, which will be carried out every two years. "In 2019 a team will go to Iceland, where they will lead probably the world\'s first experiments in their own mobile habitat. Students, researchers, start-ups and companies can already propose their prototypes and solutions for testing in unusual conditions, including those that prevail in Spitsbergen, where the crew will go in 2021" - informed the University of Social Sciences and Humanities.

Analogue planetary missions are currently the only form of gaining knowledge and experience related to the operational and technical challenges astronauts will face during manned missions. The most famous mission of this type was the "Mars 500", during which six men spent 520 days in isolation. "Mars 500" tested, among other things, the autonomy of the crew, the ability to work with mission control, the ability to solve problems, identify conflicts, and the results of performed tests and work.