Bio-friendly implants made of polymers and minerals 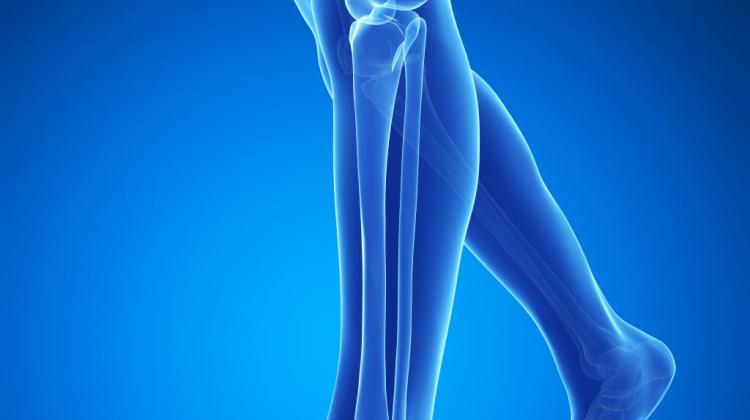 Permanent implants should be made of materials possibly similar to the bone tissue. Bio-friendly implants are being developed by the team from AGH University of Science and Technology. Researchers plan to add a mineral similar to the one the human bones are made of to the polymer. But first it has to be modified it so as it does not diminish the thermal stability of the polymer, from which implant can be produced.

Project leader, Dr. Kinga Pielichowska from AGH explained in an interview with PAP that the properties of metallic materials currently used in implants differ from our bones. Therefore, researchers are working on replacing them with polymers and polymer nanocomposites, as the human bone is precisely a nanocomposite built of polymer and hydroxyapatite. Permanent implants, such as hip endoprostheses, do not undergo bioresorption in the human body, which means that they are not absorbed. There are also materials that may eventually disappear in our body.

Dr. Pielichowska searches mainly for polymeric materials for permanent implants and attempts to make them as similar as possible to human bone tissue - in terms of both mechanical and chemical properties. In the grant funded by the National Science Centre, the researcher is working on composites based on polymer called polyoxymethylene.

"It has excellent mechanical and physical properties, but to make it more bio-friendly for the patient, we wanted to introduce hydroxyapatite into this material. Hydroxyapatite is the mineral component of our bones. Unfortunately, in the beginning we encountered some difficulties, because the introduction of hydroxyapatite resulted in a deterioration of polyoxymethylene thermal stability" - said Dr. Pielichowska.

Researchers came up with an idea to modify the additive. On the surface of hydroxyapatite they chemically added another biocompatible polymer. It is a polyethylene glycol, which is often used in other biomedical applications. Scientists introduced the modified hydroxyapatite into the basic polymer - polyoxymethylene. It worked like a charm. There were no negative effects, that is, decomposition at elevated temperatures, which are necessary when moulding and shaping the implant. Moreover, the polymer after such modifications gained even better properties, precisely those that the researchers expected.

The resulting synergistic effect has not been described in scientific literature yet. Therefore, Dr Pielichowska has planned a series of tests in order to determine in which configuration the material has the best set of properties. Such basic research is a prelude to future applications in medicine. For now, the practical result of the work is a patent application. Protection will cover the method of stabilizing the thermal properties of the polymer using modified hydroxyapatite.

As part of the National Science Centre grant, researchers plan the purchase of equipment for thermal stability studies and a doctoral scholarship.