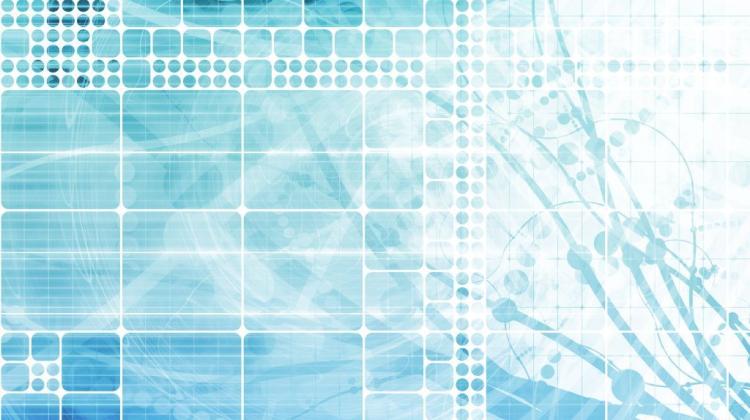 Innovative implants for the regeneration of peripheral nerves, torn, for example, as a result of an accident, have been developed by scientists from Lodz University of Technology. Implants in the form of polymer tubes are intended to assist in the reconstruction of nerves, for example in the forearm, which will help restore motor and sensory function of the hand.

This innovative solution has been developed by scientists from the Institute of Applied Radiation Chemistry at Lodz University of Technology. "Our implants have already been tested on animals (rats), which confirmed their high effectiveness in supporting the reconstruction of damaged peripheral nerves. We hope that in a few years, after passing clinical trials, they will appear on the market" - told PAP Dr. Radoslaw Wach, co-author of the invention.

The solution developed by scientists from Łódź pertains to the regeneration of peripheral nerves, for example after injury in an accident. "Nerve damage is usually caused by accidents, some forms of damage are related to diseases. The idea is to support the natural regeneration of nerves" - explained Dr Wach, who after obtaining his doctorate in Japan worked for the Japan Atomic Energy Agency and the University of Tokyo.

Torn nerves, for example in the forearm, are joined surgically by stitching their ends, in which case the prognosis is usually good. However, in some cases a loss of part of the nerve occurs. Then, an implant is used that connects the ends - it can be a natural implant in the form of nerve graft from another part of the body, or an artificial implant produced in the laboratory.

Scientists from Łódź have designed implants in the form of tubes formed from a mixture of biodegradable synthetic polymers based on polyesters and polycarbonates.

"Nerve regeneration tubes are small, a few millimetres in diameter, polymeric structures. They are flexible and resemble a hollow wire, because the space inside them must provide a place where the nerve will rebuild and connect to the other, interrupted end" - said the scientist.

In his opinion, one of the most innovative aspects of the Polish solution is the use of a suitable polymer mixture that will undergo biodegradation following the nerve regeneration. "With their help we can guide the nerve during the reconstruction of the defect. In addition, after fulfilling its function the tube will undergo biodegradation, dissolve in the body" - he emphasised. Therefore, after the nerve regenerates it will not be necessary to repeat the surgery to remove the implant.

Another innovation is placing polysaccharide hydrogel inside the tube. Hydrogel provides support for the regrowing nerve, and is the carrier of growth factors, biomolecules necessary for the correct and fast nerve regeneration. The hydrogel is synthesized within the tube, and its simultaneous sterilization occurs at the same stage - added Dr. Wach.

The implants manufacturing technology is simple, but also innovative. It involves immersion of a mixture of polymers, for example injection needles, in a suitable solution. The solution is so viscous that it settles on the needles. After precipitation of the polymer from the solution, tubes are formed that can be modified in terms of thickness and strength. "Obtained tubes are porous, which enables the exchange of body fluids and also promotes nerve regeneration" - said the expert.

According to Dr. Wach, in vivo (rat) studies, in addition to showing excellent biocompatibility of the implants, confirmed the high efficacy in assisting the reconstruction of damaged peripheral nerves.

"In addition to the excellent biocompatibility of this type of solution, we have confirmed that the tube functions as desired in the body. It allows to guide the regenerating nerve and supports its reconnection. We can expect that, in combination with physiotherapy, patients will regain the sensory and motor function of the place deprived of the nervous connection" - said the scientist.

The project "Nerve Regeneration" was financed by the "International Reintegration Grant" in the 7th Framework Programme of the European Union. The results of the work have been submitted for patent protection.

Scientists from Łódź are now looking for funding that would enable them to carry out further research, this time on large animals, and then the necessary clinical trials.

"We expect that after the completion of clinical trials of our product could be marketed within a few years" - believes Dr. Wach.