Where do holes in the shells come from? 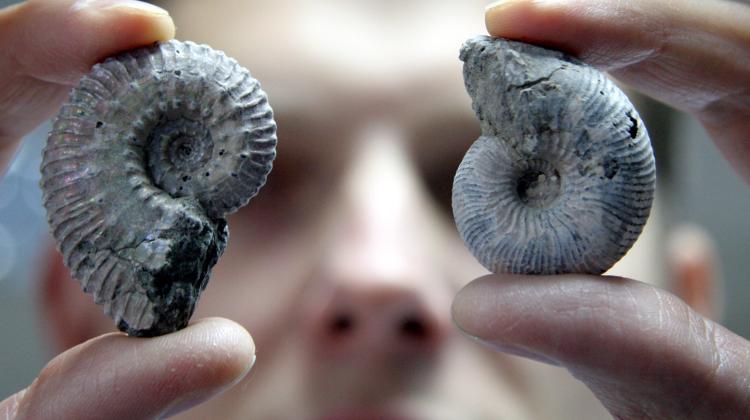 Some predators that prey on molluscs make holes in their shells, very similar to the holes in the shells found by archaeologists at the sites associated with prehistoric people. Scientists from Poznań and Liverpool recently investigated this issue.

Our early ancestors undoubtedly appreciated the taste of seafood. Shells of molluscs also had their attention. Precisely for this reason - and because the calcareous shells endure the passage of time - they are also appreciated by archaeologists. Finding shells at the sites connected with our ancestors, they draw conclusions about diet or even culture and the evolution of human behaviour.

During the analysis of shells, archaeologists pay attention, among other things, to holes, the presence of which suggests their use: threading on straps, wearing for decoration, or ceremonial purposes.

Biologists point out, however, that man is just one of thousands of creatures interested in molluscs. Crabs, birds, octopuses, and even other molluscs (snails) also appreciate the taste of seafood. And each of them has ways to get through the hard shell and to its content.

"Birds usually make holes on the top - where the shell is thinnest. Snails are more finicky and it takes them more time to select the right place. Once they find it, they can drill for several days. Octopuses, in turn, make holes in the places near the heart of the mollusc. While the shell is thicker there and drilling takes more time - once the toxin is injected, the victim begins to die more quickly" - said in an interview with PAP Anna Kubicka, anthropologist from Poznań.

Predators put quite a lot of energy into killing their victims. "Random selection of the place of attack is not in their interest. Every predator has its own strategy, selection mechanism" - she said.

Taking this into account, Anna Kubicka checked whether there was a difference between the location of the holes in the shells (found at archaeological sites) - and those that predators make. The results of the analyses were presented in the journal "PeerJ" (DOI 10.7717/peerj.2903). The authors of the work are also Dr. Zuzanna Rosin - specialist from Adam Mickiewicz University in Poznań also dealing with molluscs, Prof. Piotr Tryjanowski from the University of Life Sciences in Poznań and Dr. Emma Nelson of the University of Liverpool (UK).

To compare shells found at archaeological sites - and those left by predators - the researchers studied 316 publications devoted to archaeological discoveries of beads made from shells. Among the publications available on the Internet, almost 80 contained information on the location and shape of the holes.

The authors of the publication suggest that individual species of molluscs have "their" predators (one or several) - birds, other snails, starfish, octopus. And that each of the predators uses certain attack strategies. Many shells with holes included in the study are thousands of years old, and the scientists have studied the mechanisms of predators today. Anna Kubicka noted, however, that the mechanisms of attack tend to be evolutionarily very old and do not undergo major changes.

This study confirms that ancient people could also use shells that had been perforated in a natural way. "Predation on molluscs in the form of drilling was and is a common strategy. Therefore, when analysing the beads made from shells and drawing broader conclusions, we should take different biological aspects into account" - said the anthropologist from Poznań.

According to Anna Kubicka, archaeologists do not negate the argument that the holes in the shells could be made by animals. "They believe, however, that the probability of finding a shell pierced in the right place - so that it could be used as a bead - was very low. They claim that the phenomenon of using naturally perforated shells was very rare" - she noted.

"By analysing the location of the holes pierced in the shells by humans and other animals we have shown that humans and other species prefer the same places. Moreover, predation in the form of drilling is quite common in the animal world. The conclusion is that we should not necessarily assume that this type of phenomenon - using already naturally pierced shells - was rare" - said Anna Kubicka.