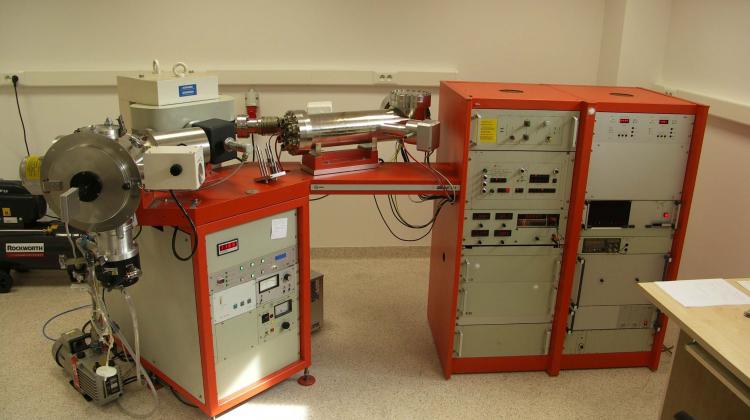 To answer the most common question in archaeology - the origin of man - it is helpful to use the increasingly popular method involving the analysis of strontium isotopes. "You are what you eat" - comments on the mechanism of its action Prof. Zdzisław Bełka from the Isotopic Laboratory of A. Mickiewicz University in Poznań.

Isotopes are variations of an element, which contain the same number of protons but different numbers of neutrons. Many elements have a few, and some - even several isotopes. In nature, elements are usually mixtures of isotopes.

In the case of strontium, its two isotopes are marked with numbers 86 and 87, indicating their mass, i.e. the total number of protons and neutrons. "The ratio of strontium 87 to strontium 86 in the rocks was determined at the time of their formation in the earth\'s crust - explained in an interview with PAP Prof. Zdzisław Bełka from the Isotopic Laboratory of A. Mickiewicz University in Poznań. - This ratio depends on the age and type of rock. Vegetation growing in a particular place takes the ratio of isotopes of strontium from the local soil. Herbivores take strontium isotope ratio from the consumed plants and water intake. Similarly carnivores and people take the strontium isotope ratio from food intake".

That makes isotopic analysis a convenient tool, often used by archaeologists during research into origins and migrations. "In the case of the +strontium+ method it is really accurate to say that +you are what you eat+" - noted the expert.

Because scientists now have more data on isotopic composition of strontium in different elements of the local environment, measurements of these isotopes in the bones and teeth of ancient people allow to determine whether the deceased originated from the area where they were buried - or perhaps had come from another area, which is characterized by a different isotopic composition.

Riddles of origin can be explained thanks to the support of geochemists, who - in addition to bones - often study tooth enamel and check the ratio of strontium 87 and 86. The results are then compared with the proportions of the same isotopes in the local environment, in plants, soils and rocks. This way, it is possible to determine whether the isotope strontium ratios in human remains are the same as the ratios in the local environment.

Talking about the use of isotopes of strontium, Prof. Bełka cited an interesting example of research of archaeologists, who were trying to determine the origin of Viking warriors, stationed for a long time in Denmark, near today\'s Copenhagen. It turned out that most of them came from Norway and from the areas inhabited by the Slavs.

Another example comes from Poland, from the seventeenth and eighteenth-century cemetery in Drawsko on Noteć, where some people were buried in a manner characteristic of people accused of drinking blood - vampires. Recently, archaeologists wanted to find out if the buried were local, or perhaps strangers, and therefore branded as alleged vampires. The study of strontium isotopes showed that although migrants had also been buried in the cemetery in Drawsko, all "vampire" burials concerned persons who were born in the area.

Geochemists usually take test samples for strontium isotope analysis from tooth enamel. It is the best material for analysis, because its building mineral it is very stable and formed only until the full development of teeth (in contrast to bones, which continue to change throughout the person\'s life). By examining the ratio of strontium 87 to strontium 86 in the enamel experts are certain to obtain information from a specific stage of life of the deceased - childhood or early youth.

Professor noted that the "strontium" method is suited for research on migration of ancient communities, whose members ate only local products - and not products imported from a distance (as is the case today). Its use therefore makes sense primarily in the study of populations that lived hundreds of years ago and earlier, including the prehistory. In their case, the ratio of strontium isotopes delivered into the body with food was in fact the same as the ratio of these isotopes in the local environment.

According to Prof. Bełka, researchers are now able to measure isotope ratios of strontium in the studied materials and tissues with an accuracy of one-thousandth of a percent. That is much more accurate than the precision required for archaeological research, which allows to avoid problems associated with possible statistical errors in the measurements. "We have a knife, which is much sharper than what we need to make a cut. But perhaps in the future we will be able to take advantage of the precision of this method to answer other questions" - suggested the scientist.

When using the "strontium" method in archaeology it is essential to know the natural "background", i.e. the isotopic ratio of strontium in the local environment - emphasised the professor. A few years ago, there were no such data for Poland. This, however, changes rapidly, also thanks to a project co-financed by the National Science Centre. As a result, researchers were able to determine the isotopic composition of strontium in rivers, vegetation and soil in the entire Oder river basin and the Western Pomerania (approx. 40 percent of the area of the country).

Through extensive research we know now that in terms of the isotopic composition of strontium, the area of northern and central Poland, covered with glacial deposits, is clearly different from the areas of southern Poland. Therefore, it is easy to distinguish between people born in Kujawy Pomerania or Mazury - and those that came from Malopołska and Silesia - noted Prof. Bełka.

The "strontium" method, just like any other test method, has its limitations - noted the scientist. Although today we are able to perform precise measurements of strontium isotopes, not every result allows for unambiguous archaeological interpretation. Many places have very similar or almost identical composition of strontium isotopes. Therefore, isotopes of strontium do not allow to distinguish between people who came, for example, from the vicinity of Poznań, and those who were born in Kujawy.