Taurids can be a source of cosmic disaster 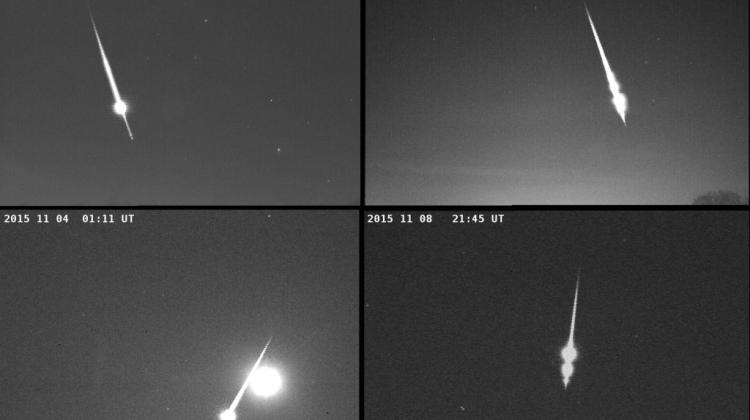 In the Taurids there is a stream of cosmic bodies, the largest of which, in the event of a collision with Earth, can cause a continent-wide disaster - according to the observations of the Polish Fireball Network. The next encounter with the dangerous stream - in 2019.

Taurids are a meteor shower, which was formed about 30-40 thousand years ago as a result of a collision, which occurred in the inner solar system. An object the size of a few or even several kilometres was destroyed. The resulting remnants move in orbit that intersects the orbit of our planet in two places, due to which two times a year Earth falls into a swarm of space debris, called Taurids.

Usually the Taurids are not an attractive meteor shower for observation. In their case, we can expect only 5-10 meteors per hour. This is not much compared to the well-known Perseids, during which even 100-200 meteors per hour can be seen.

The meeting, which takes place in October and November of each year, results in two meteor swarms: Northern and Southern Taurids. The summer meeting, which occurs in late June and early July, it is less known, because the activity of the associated meteor swarm (Beta Taurids) can be observed only during daytime. Taurids are not as inconspicuous as it might seem. The summer swarm is probably associated with one of the greatest space catastrophes of the last few hundred years, the famous Tunguska event.

Observations of Polish astronomers working in the Polish Fireball Network (PFN) show that in the Taurids there is a narrow stream of cosmic bodies, the largest of which, in the event of a collision with Earth, can cause a disaster on a continental scale. "Moreover, this stream does not tend to disperse over time, but it is maintained stably by the resonance with the orbit of Jupiter. That is not the end of bad news. In 2019 there will be another Earth\'s meeting with the resonance stream. This time it will be a daytime encounter, at the turn of June and July - just like during the Tunguska event. As if that were not enough, the encounter will be even closer than during the very high and bolide-intensive years 2005 and 2015 "- told PAP Prof. Arkadiusz Olech from the Nicolaus Copernicus Astronomical Centre PAS in Warsaw.

Scientists from the Polish Fireball Network have identified as many as 10 asteroids with sizes ranging from tens to hundreds of meters, which have almost the same orbits as Taurids. "And if Taurids enter our atmosphere, causing the phenomenon of meteors, nothing stands in the way of an encounter with a larger object. Especially that the Tunguska event, which was caused by an object with the size of about 50-100 meters, clearly shows that such things can happen" - explained Dr. Olech.

In the early 1990s, David Asher of the Armagh Observatory studied Taurids as part of the work on a doctorate. He noted that sometimes observers report that the Taurid maximums are higher than usual, and contain a large number of very bright meteors (bolides). His swarm model explained this behaviour with the existence of a narrow and dense stream of particles - a dense stream of meteoroids - within the dispersed Taurid stream. When Earth encounters that stream, Taurids they are more active and display more light phenomena. "Asher\'s model predicted that two very close Earth\'s encounters with the resonance stream would occur in 2005, and then in 2015" - explained Dr. Olech.

Taurid maximum in 2005, with the help of up to seven stations - based on digital imaging techniques - was observed by the Comets and Meteors Workshop - Polish Fireball Network. Ten years later, during the peak of 2015, 25 stations were used for observations.

Observations completely confirmed David Asher\'s model. In addition, for the data from 2005, scientists calculated 37 precise orbits of Taurids, and for the data from 2015, the number rose to 215. Among them were the phenomenon as bright as the bolide Okonek from October 31, 2015 which was 20 times brighter than the full moon, and the appearance of which was widely commented in the media.

The results of observations of both maximums are described in an article accepted for publication in the prestigious scientific journal "Monthly Notices of the Royal Astronomical Society". The first author is Dr. Arkadiusz Olech, and the full list of authors contains 30 names, among which are all bolide station operators who provided data for analysis. They are both professional astronomers and astronomy enthusiasts.