Exotic parrot forces out the hoopoe. Scientists have proof 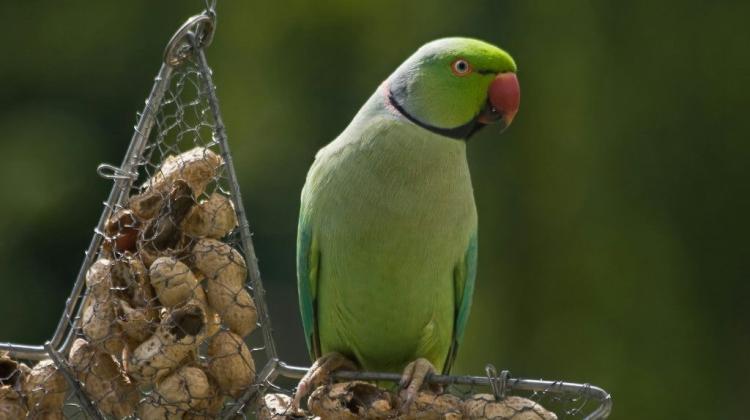 Wherever it appears - it wreaks havoc. Parrot from the invasive rose-ringed parakeet species is a serious threat to the population of hoopoe in Israel, according to a study conducted by researchers from Poland and from Ben Gurion University of the Negev.

Resilient, aggressive and very intelligent - rose-ringed parakeet has all the qualities that make it the bird equivalent of the terminator in the environment. This parrot originates from Africa and South Asia. If it comes to a new place - it quickly adapts. Currently it lives in the wild in 35 countries on four continents; in Europe alone its population can be found in over one hundred cities (most - in the United Kingdom, Belgium, the Netherlands and Germany).

It would seem that the presence of exotic green birds will increase the beauty of the landscape. But when environmentalists speak about parakeets, they fall into alarmist tone. Rose-ringed parakeet is known to have a very negative impact on the local fauna, especially on other birds nesting in hollows. There are known examples of its negative effect on, for example, nuthatches, woodpeckers, it can compete with starlings - virtually all hollow-nesters that live in the area. "Not to mention the losses in the economy - parakeet can destroy farmers\' crops, for example, date palm plantations in Israel" - noted in an interview with PAP Dr. Piotr Zduniak from the Faculty of Biology, Adam Mickiewicz University in Poznań.

Together with Prof. Reuven Yosef from Ben Gurion University of the Negev in Israel and Dr. Michał Żmihorski of the Institute of Nature Conservation PAS, Dr. Zduniak investigated the invasion of parrots in Israel and its consequences for the local birds. They presented their conclusions in the "Annales Zoologici Fennici".

For nine years (from 2000 to 2009) regular counting birds was carried out in four areas in southern Israel, near Eilat. The researchers studied large clusters of date palms planted by man in the desert. It is the habitat of hoopoe - the only bird species occurring naturally in the study area, which needs hollows.

Rose-ringed parakeets started to appear in two of the four study areas (in 2002 and 2006). "In places where they appeared, a strong decline of the hoopoe automatically followed. In places, where the parrots were not observed - the size of the hoopoe population remained stable" - said Dr. Zduniak.

The problem stems from the fact that both parrots and hoopoes need tree hollows for breeding. And those are a rare commodity in Israel - a largely desert country. Significantly, parrots begin breeding earlier than hoopoes. In practice this means that the parrots look for hollows earlier than hoopoes and grab the best places.

"Rose-ringed parakeet adapts very well to the environment of date palms. It forces the hoopoe out of breeding sites, which it previously used - said Dr. Zduniak. - Knowing the size of the hoopoe population in the study areas, and knowing when the parakeet appeared there - it is hard not to see a strong, negative impact of alien species on the native one".

On top of that there are other kinds of pressure, which - according to the scientist from Poznań - might mean a real threat for the hoopoe. "This species is sensitive to changes in the environment" - noted Dr. Zduniak. - "Meanwhile, parakeets are usually flocking birds. They are strong and very intelligent, they can also be very aggressive towards other species. When competing for resources they can chase, and in extreme cases even kill them. By acting aggressively, parakeets change the behaviour of other birds , forcing them to be more alert and thus hindering efficient feeding".