Plants will help purify the soil contaminated after Fukushima 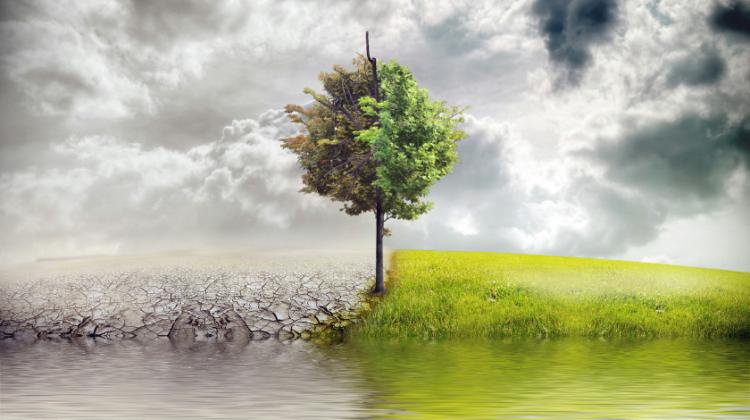 Radioactive caesium, which got into the soil after the disaster in Fukushima, accumulates mainly in the surface layer, making it impossible to safely grow crops. One way to deal with the problem of caesium and clean the soil is the proper selection of plants planted in contaminated areas.

As a result of the disaster at the Japanese nuclear power plant Fukushima in 2011, large quantities of radioactive elements, mainly caesium and iodine have been released. Iodine is no longer a threat, because its half-life is only two years. Caesium, however, poses a significant threat, because its half-life is 32 years. Although only 10 percent the amount of caesium, which got into the environment in 1986 after the Chernobyl disaster, was released during the Fukushima disaster, radioactive dust carried by the wind settled unevenly. Due to this, some areas were significantly contaminated. In total, more than 170 thousand people left their homes, farms and jobs.

A difficult problem is also the contamination of soil, especially that caesium is strongly retained by the clay minerals, usually in the top, two-inch layer of soil. 90 percent of this element is found there. "The problem is that virtually all plants absorb caesium. It penetrates them very easily, using the same channels as potassium" - emphasized in an interview with PAP Prof. Stanisław Gawroński from Warsaw University of Life Sciences. Plants reaching deeper absorb much less caesium than shallow rooted plants, such as grass or rice, which are excellent caesium absorbers.

Properly selected plant species might therefore be man\'s allies in reducing the effects of radioactive contamination. Treatment of soil, water and air using plants is called phytoremediation. However, not all plants are equally suitable for this purpose.

University in Kyoto invited Prof. Stanisław Gawroński to the consultations on the reclamation of the areas contaminated after the disaster at the nuclear power plant in Fukushima. "In areas not used for agricultural purposes, for example roadsides, I recommended the cultivation of long-lived trees with thick, strong root system, forming a thick trunk. This vegetation accumulates radioactive caesium from the environment and retains it for over a hundred years. After this period, the level of radioactive caesium falls to the natural level" - said the researcher. The trees suitable for this purpose include oak, ash and walnut trees.

In areas used for agriculture it is better to plant perennials. "In their case you can disturb the contaminated soil once, plant a plant, and not have to do that again later. Perennials absorb many elements into the roots in autumn. Although it is not yet thoroughly tested, we hope that they will absorb caesium. Because of that, in the mass, which is later collect from plants, this element is present in smaller amounts. The collected mass is subjected to fermentation, because burning the biomass is not an option. During that process the radioactivity rises almost one hundred times" - Prof. Gawroński explained in an interview with PAP.

He says Japan has a limited area suitable for growing crops. Therefore, fast decontamination of the environment is very important, as is preventing the spread of radioactive dust and ensuring that the soil contaminated with caesium does not become barren. In some agriculturally attractive places the Japanese simply collect radioactive soil, and lay uncontaminated soil in its place. Preparations take a year or two before crops can be grown.

The researcher notes that the Japanese have been struggling with nature for hundreds of years and have a lot of experience in this area. They spend about 100 billion dollars per year on measures to remedy the effects of the disaster in Fukushima. "It is indeed a terrible job, but such a rich country can afford it" - said Prof. Gawronski.