Gowin: We will earmark 450 million euros for the commercialization of research of Polish scientists 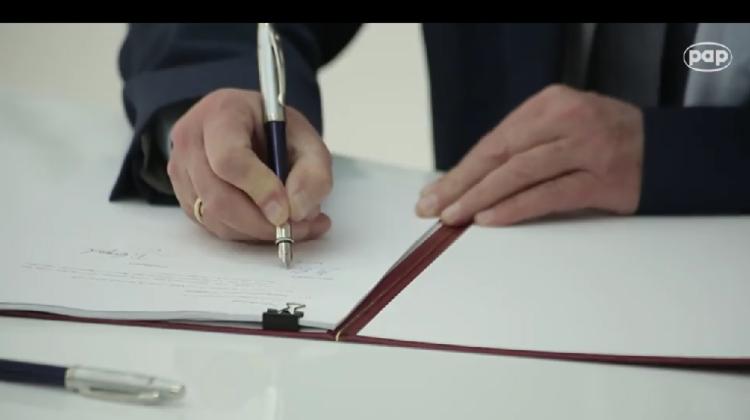 450 million euros - this amount will be spent in the coming years on the commercialisation of research results of Polish scientists as a result of the agreement between the National Centre for Research and Development and PFR Ventures, signed on December 28. "The money will be invested in small and medium-sized companies operating in the field of modern technology" - told PAP Deputy Prime Minister Jarosław Gowin.

On December 28, the National Centre for Research and Development and PFR Ventures signed an agreement to launch Investment Fund under the BRIdge VC programme. Conclusion of the agreement is the first stage of creating innovative financial instrument, the target budget of which will amount to at least 1.5 billion zlotys.

According to Gowin, signing the agreement is a response to the opinion expressed for a long time that "valley of death extends between business and science". "Modern research projects arise, which then are not commercialised. We want to enable the commercialisation of research results of Polish scientists. Today we allocate 450 million euros to this purpose. Half of the funds will come from the National Centre for Research and Development, half from private investors. The National Centre for Research and Development and the Polish Development Fund will select ten teams, and each of them will have the amount of 20 million euros to 45 million euros at their disposal, even up to 50 million euros. This money will be invested in small and medium-sized companies operating in the area of modern technology" - said Deputy Prime Minister.

He added that the funds will be a form of interest-free loan, allowing to take risks. "In the field of modern technology everything is subject to high risk. Research can be completed successfully at the conceptual stage, but then may not lead to effective business implementation. In the US it is estimated that if 5 percent innovations translate to business implementations it is already a big success. Until now, in principle, Poland did not have any support system for companies operating in the field of modern technologies. It seems that this project offers very important support for Prime Minister Morawiecki\'s plan" - he noted.

He also said that professional managers will decide which sectors and companies will receive funds. "Besides, PFR Ventures act as a kind of project manager. PFR will select the ten expert teams. They will not be scientists, they will be people with expert knowledge of the economy. I think they will include foreign experts. They will invest primarily in those areas which Prime Minister Morawiecki names in his plan as the most innovative" - he said.

Director of the National Centre for Research and Development Prof. Maciej Chorowski said the agreement aims to "direct a significant flow of funds to companies, namely to the companies capable of commercialising research results".

"With this type of measures, creating funds that will invest in selected industries - specifically those industries that are the biggest beneficiaries of scientific and technological progress - we hope that some of the companies will have a real chance to change the company status from small to medium-sized, and perhaps even from medium-sized to large. Secondly, these mechanisms, which we are talking about, are two-way mechanisms, they should produce a stream of money that will flow to the National Centre for Research and Development, wherein the return on investment can even be the prospect of ten to twenty years, while investment in companies is the prospect of a few years" - he noted.

In his opinion, the most promising sectors in which funds under contract can be invested - are the ones already identified "in the Morawiecki\'s plan and Gowin\'s science development strategy".

"First of all, they include the areas in which Polish researchers are already good, and where we have a large growth potential, and so broadly understood IT-related sectors, digitisation of daily life, as well as industrial processes and services. They are also those sectors in which Poles are traditionally good and have large internal market allowing for the commercialisation of research results, and getting good references. This may even include the traditional shipbuilding industry associated with the construction of completely new ships, such as project Batory in Morawiecki\'s plan. It may include all kinds of companies that are engaged in broadly understood electromobility. They can also be companies, in the case of which at present we are not even aware that they exist, but they approach us with good ideas" - he said.