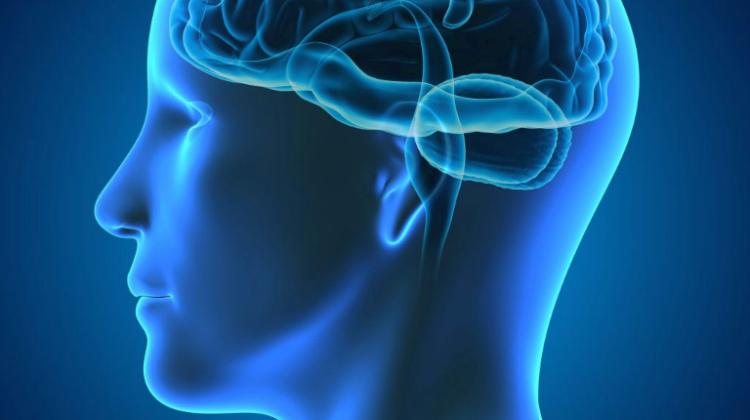 If we knew the mechanisms that occur in the amygdala of the brain, it would be much easier to build social relationships. We would be able to better treat autism and psychopathy. Therefore, many scientists in experiments on animals (such studies on humans are not allowed) investigate the functioning of the different communication channels. A lot of money is spent on this research.

In September, the European Research Council (ERC) awarded Starting Grant to Dr. Ewelina Knapska from the Nencki Institute of Experimental Biology for research on brain emotionality.

Infecting with emotions is clear when panic breaks out, or when we experience group laughter. Processing centre of emotions is the amygdala. It is a small structure with a characteristic almond shape, located deep in the brain. The amygdala is also involved in the control of social emotions, and thus emotions arising from the interaction with other, emotionally aroused beings. Some of these emotions are not our own, we take them from the people in our environment.

Scientists want to find the groups of neurons in the amygdala that control infective emotions. They will also compare how we pass on the positive and the negative emotions.

"Fear is a very distinct primary emotion, very visible in the reactions of a person. That is why we very easily to succumb to someone\'s fear, which is also easy to observe. With positive emotions it is perhaps less obvious, but we know that it is possible to be infected with those as well. Is love infectious? I do not know" - wonders Prof. Ewelina Knapska. In her opinion, it is more likely it is that if someone does not reciprocate our feelings, sooner or later this person begins to be frustrated with our efforts and induces negative emotions in us. It is a matter of emotional balance between two people.

Fear is more contagious when we are not quite sure what could happen to us. Uncertain of the situation, we do not quite know how to interpret it. Panic outbursts are more likely to happen in a crowd, where a fire or other threat can arise, and we have no information about the threat, or we have information that we are not able to verify. But if we can easily find a rational interpretation of events, we are less likely to succumb to panic. The important factors are the situational context and rational thinking.

"From daily experience we know that if we stay among people who are joyful, this improves our mood, because we adopt their positive emotions. We are trying to understand it at the most basic level, and therefore we model such situations in animals. We know that when rats who know each other and live together are temporarily separated, they are happy when they are reunited. Social interactions, contact with another individual, have positive effects in almost all species. Therefore, isolating human or animal from the group induces very strong stress" - said the researcher.

Can we transmit emotions at a distance by thinking about each other? Can people, who are close to each other, receive each other\'s experiences?

"In animals, unlike in humans, a very large part of the communication is via olfactory and auditory stimuli, for example rats communicate by ultrasound. And in all species part of the information is transmitted through the specific movements, posture, etc. It is quite important how the person behaves, facial expressions, body arrangement... Without exchanging a single word, and even trying not to look at each other, without being aware of it we observe the body language of the people in our environment. We also perceive the same sounds, smells - and so joint associations are formed. Then it appears that we transmit thoughts" - explained Dr. Knapska.

It could be said that we communicate at a distance and without words. Unconsciously, automatically we read the emotions of other people. Facial expression of another person tells us about that person\'s emotional state. But to what extent is it possible to be infected with emotions not by direct contact, but via a phone, social media, instant messaging?

"Transmitting emotions at a distance is to some extent possible even without eye contact. If you talk on the phone, the timbre of voice and the way a person talks can tell us about this person\'s mood. If we can actively obtain information about another person\'s emotions, to some extent we can adopt these emotions without our control. The most difficult task is to convey emotion, when the form of communication is texting or instant messaging, because the less information we obtain, the more difficult it is for us to imagine what the other person feels" - said the researcher.

For the purposes of scientific research simple transfer of emotion is modelled on animals. An animal is subjected to training, which stimulates it emotionally, and then returns to its peers in the cage. Rats are infected with excitement, they visibly become more lively. One individual communicates its fear to another. Other studies have shown that rats behave socially, for example they try to free a trapped rat. Empathy is a continuous phenomenon in evolution and its primal forms can be observed also in animals. It is not a specifically human trait.

"We are interested in what emotional brains are. More specifically, if there are special groups of neurons that are involved specifically in emotions caused by another person, or - in the case of animals - another individual. After all, this is not the only way of inducing emotions - they may be the result tasting the delicious food or experiencing pain, and those do not depend on social contact" - the researcher explained. Perhaps in the course of evolution we developed groups of nerve cells, a social brain, which is responsible specifically for the emotions associated with the interaction with other individuals.

Controlling very small fragments of the amygdala is possible only in genetically modified rats. Light-sensitive proteins appear in neurons. Before the experiment, a thin fibre inside is introduced into the brain of the animal. Scientists emphasize that rats tolerate this treatment very well. Scientists can see how the animal reacts to the emotions of another rat that is in its vicinity ant that is also appropriately stimulated emotionally. Responses of neurons to switching the light on and off are instantaneous.

Emotional contagion is considered to be the original form of empathy - the ability that allows us to understand other people\'s emotions. This ability is often impaired in people with autism. Understanding the mechanisms of empathy may allow to explain or better understand disorders of this type.

Another type of empathy disorder is psychopathy. In contrast to people with autism, in psychopaths understanding the emotions of others is not affected, they are able to understand what other people feel, but they lack a sense of guilt after inflicting harm. They do not take other people\'s feelings into account, they even harm them intentionally.