Greater diversity of trees in forests is good for the economy 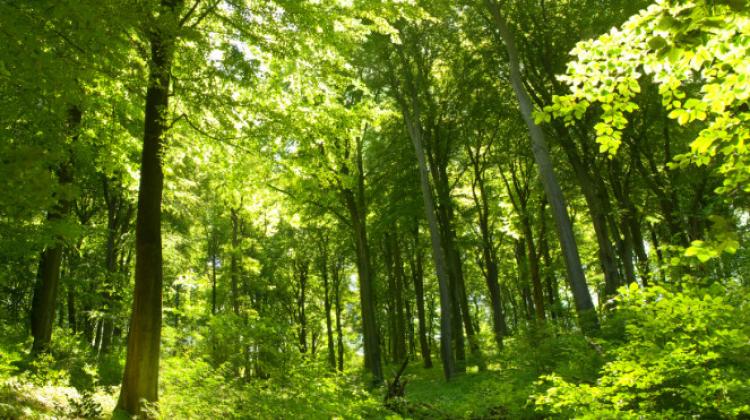 Cultivation of stands consisting of one species of trees is a waste of money - such monocultures yield significantly less wood than mixed stands - showed global study, in which Polish scientists were involved.

It might seem that monoculture stands farming - such as those consisting only of spruces or pines - is quite sensible from a commercial point of view, because, for example, such crops require less work during start-up and logging operations. Researchers debunked the myth in a large research project. They demonstrated that a greater variety of species of trees in forests is not only better for the environment, but also for the wallet; monocultures yield much less wood than mixed stands.

"The advantages of monoculture stands not compensate for their disadvantages. Forests with high biodiversity of the layer of trees are much more profitable - regardless of whether you are in Timbuktu or in Wielkopolska" - commented in an interview with PAP the research project participant Prof. Jacek Oleksyn, director of the Institute of Dendrology PAS. He added: "Multi-species stand is a much more stable system".

The study, which involved over 80 scientists from 44 countries, was published in the prestigious weekly journal "Science". The large-scale study demonstrated the significantly higher profitability and stability of mixed stands compared to single-species stands. The study analysed the results obtained in the past 150 years from more than 770 thousand permanent research plots (including nearly 1000 in Poland).

The researchers analysed the yield of forest stands (in cubic meters of wood) possible to obtain from one hectare of forest characterized by different species composition. It turned out that monocultures have really poor results. "We have shown that the global profit from the wood harvested from mixed stands is nearly 50 percent greater than that from the operation of single-species stands" - said Prof. Oleksyn.

He offered another conversion: "Reducing the diversity of forests in the world could generate nearly $ 500 billion losses per year". He added that it would be primarily reduced profits from timber sales.

Another study participant, Dr. Andrzej Jagodziński from the Institute of Dendrology PAS emphasised: "In the analysis of profit and loss it is necessary to take into account the increased investments in measures to protect the forest in single-species stands, especially in large-scale plantings. Resistance to the negative impact of environmental factors, including anthropogenic factors, is much higher in mixed (multi-species) stands".

MONEY IS NOT EVERYTHING

Prof. Oleksyn drew attention to the fact that biomass production is only a tiny fraction of what mankind can gain on maintaining high biodiversity of forests. It has been shown, for example, that multi-species stands more effectively accumulate atmospheric carbon (contained in CO2), thus effectively slowing down climate change. Such stands also offer better protection against the effects of drought and flooding, and in addition they are a friendlier habitat for various species of plants, animals and fungi.

"We decided, however, to convert the value of forests to money derived from biomass, because this appeals more to the imagination than specialist language" - explained Prof. Oleksyn. He also noted that every year on Earth a surface about the size of 7 million hectares is deforested - a little less than a quarter of Polish territory.

MANY SPECIES - MANY ADVANTAGES

The researchers explain the advantages of multi-species stands. According to Prof. Oleksyn, in diverse ecosystems trees are more resistant to adverse external conditions, and space is much better utilized.

Prof. Oleksyn also noted that appropriate selection of species not only allows to improve the productivity of forest stands, but also change the soil environment. For example, in our climatic conditions the addition of conifers (such as larch) may change alkaline soil into more acidic, and maples (trees with significant levels of calcium in the leaves) - the other way around.

Dr. Jagodziński, in turn, noted that better use of space in mixed forests has been practiced in the State Forests in Poland for many years - redevelopment of single-species stands into multi-species stands, consistent with the habitat conditions, brings many benefits. One of them is the increased amount of carbon stored in the tree biomass. According to the researcher, the positive dimension of the activity of Polish foresters is confirmed in this publication.

EXAMPLE FROM OUT BACK YARD: THE BIAŁOWIEŻA FOREST

Besides - Prof. Oleksyn explained - various stands are not so sensitive to such phenomena as drought or pest outbreaks. The researcher gave the example of the Białowieża Forest, that in recent years experienced a massive dieback of spruce. He reminded that after the First World War, Poland sold the rights to operate part of the natural forests to the company Century. When it became clear that felling by this company led to devastation of forests, the contract was cancelled, and spruces were planted in deforested areas. Now - after nearly a hundred years - these spruces have begun to die en masse - due to drought and the bark beetle outbreaks in weakened stands. These trees have a superficial root system and when the groundwater level dropped they became an easy target for insect pests and fungal pathogens.

"So we have a huge problem. If the stands were more diverse, the system would be more stable and resistant. Single-species stands are much harder to protect" - added the researcher.

The study published in "Science" involved Polish researchers from the Institute of Dendrology PAS, the Warsaw University of Life Sciences, the Directorate General of State Forests, the Forest Research Institute and the University of Warsaw.