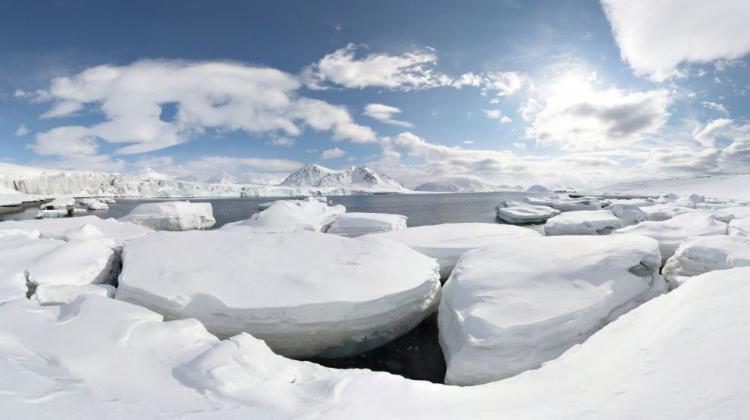 At the White House Arctic Science Ministerial with the participation of Poland, ministers of science from 22 countries agreed in Washington on the principles of cooperation in scientific research in the Arctic, a region of growing importance in connection with global warming.

In the joint statement issued on Wednesday at the end of the conference, the participants and the representatives of the indigenous communities of the Arctic pledged to increase cooperation in research, joint observation, data exchange and education related to Arctic research.

"We talked about the ways to use the infrastructure already available in the Arctic, on how to share the results of research and how to build a strategy that would address climate change in the world" - said Deputy Minister of Science and Higher Education Teresa Czerwińska, who represented Poland at the summit.

The climate in the Arctic is warming faster than in other parts of the world, 2-3 times faster than the rest of the northern hemisphere. This causes melting of glaciers and ice cover in the Arctic Ocean and the permafrost. The results include greater availability of huge natural resources in the region and the possibility of boating and fishing, but also the disruption of the traditional way of life and economy of local communities.

At the conference, leading role had the Arctic Council, founded 20 years ago and composed of 8 "Arctic" countries: USA, Canada, Russia, Denmark, Finland, Norway, Iceland and Sweden, which are the only countries with voting rights. The remaining 14 countries-participants of the conference - including Poland - have observer status, as do intergovernmental and nongovernmental organizations.

"We are very strong in Arctic research, the dissemination of this research and broader education about the Arctic and the new opportunities that now open there. Besides, climate change and the associated availability of natural resources and the expansion of fishing areas have economic consequences also for Poland"- added Minister Czerwińska.

Opening the possibility of exploitation of the rich natural resources in the Arctic, such as oil, natural gas, nickel, copper, coal, gold and uranium, creates a potential for conflicts between the great powers, like Russia and the United States. Conflicts between economic interests related to the exploitation of resources and environmental protection are also expected.

Minister Czerwińska said, however, that the conference was not devoted to geopolitics. "As ministers of science and education we talked more about how to work together than how our interests might clash. We talked, for example, about how Russian equipment is used to cooperation with the Germans and Norwegians. I have the impression that the atmosphere at the conference was cooperative rather than competitive. We have not talked about division of natural resources either" - she said.

"It was only the first meeting, where science paves the way for further decisions" - she added.

American conference organizers even use the term "scientific diplomacy". Professor Jacek Jania, a prominent geomorphologist and researcher of glaciers from the University of Silesian, who also attended the conference, drew attention to the need to intensify research in the Arctic in connection with global warming.

"Series of observations indicate that the global warming trend will not be easy to stop. Glaciers disappear before our eyes. This results in the increase of the level of the World Ocean. Poland, albeit to a lesser extent than the Netherlands, may also be affected by the sea-level rise that threatens our coast" - said Prof. Jania. Poland has been invited to the group of countries responsible for carrying out educational programs to develop the interest of students in polar research.