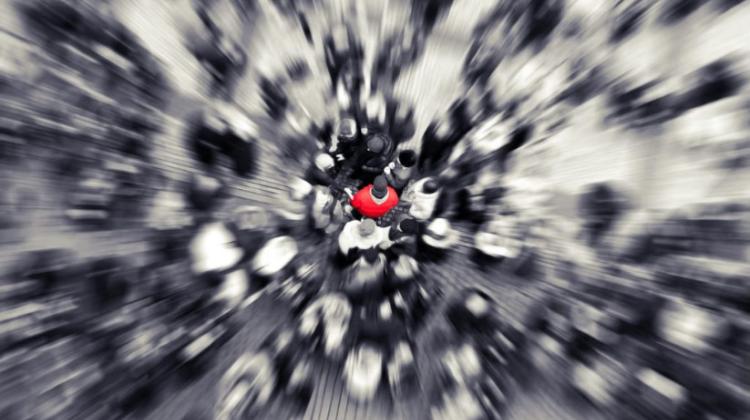 Students from Lodz University of Technology are working on land and flying robots that could be used, among other things, to search for missing persons in difficult terrain. They have developed a rover, quadro- and hexacopters and an autonomous robot, the cooperation of which would accelerate such searches.

As part of the competition "Best of the Best!", the students received over 365 thousand zlotys funding for their project from the Ministry of Science and Higher Education.

Students from the SkaNeR Club have been building more and less advanced robots for years. They build small sumo robots, and most recently include also a Mars rover and flying robots - told PAP Mateusz Kujawiński, team leader of Raptors, who created the rover that recently took part in the prestigious University Rover Challenge in the United States, where it finished 5th among 28 teams from around the world and third among Polish teams that dominated the competition.

The project, on which Lodz students are working currently, is based on the cooperation of land and flying robots - a rover, whose task is to navigate in a very difficult terrain; autonomous robot that can ride in a simple terrain, but without human control, and quadro- and hexacopters.

"We have a long-term plan that involves flying robots supporting land robots, which we can use in search missions, in which where we are searching for a person who needs help. Such flying robot can visualize a large area and locate the person, and the land robot can then reach this person and deliver a med kit or other first aid items" - explained Kujawiński.

The rover built by Lodz University of Technology students is an analogue of an actual rover, which is now on Mars. The robot weighs approx. 50 kg, has an arm with 5 degrees of freedom, a probe that extracts material from a depth of 30 cm, a set of four cameras and specialized sensors.

"The rover consists of a few basic components. It has a rocker-bogie suspension and 3 wheels on each side, each wheel powered independently. There is one point of attachment of the suspension, so that when you move the front wheel on the hill, the entire suspension and the body work together. Another very important component is the body, which houses the on-board computer, engine drivers and other components, which are responsible for the operation of the robot" - Kujawiński told PAP.

The robot communicates using Wi-Fi antennas, which allows the operator to control it in a range of approx. 1 km. It can drive on very rough, rocky terrain and climb a 45 degrees slope.

"We have built the rover from scratch, very few parts have been purchased, we have designed all the mechanics" - said co-creator of the robot. He admitted that the hardest part was to put everything together, integrate components and make them work.

Quadrocopters in this project can be used to search for people - they would allow to accelerate the search for missing persons, or persons in need of help, and give their accurate location to emergency services. The largest of flying robots, a hexacopter measuring more than one meter in diameter, has six propellers and can carry a camera and research equipment, which allows to comb a large area. It can take off and land vertically and reach a speed of approx. 40-50 km/h.

"The cooperation of these robots will allow for autonomous or semi-autonomous work with two robots at the same time in order to increase the speed of finding people and helping them - said the leader of the Raptors.

The project Lodz students will be completed next year. Mars rover built by the team Raptors will take part in the third edition of the European Rover Challenge, the finals of which will be held on 10 - 13 September at the Exhibition and Congress Centre in Jasionka near Rzeszów. 60 teams from 12 countries, including Canada, the United States, Italy, Poland and Peru have signed up for the competition. The event is held under the patronage of the European Space Agency. (PAP)