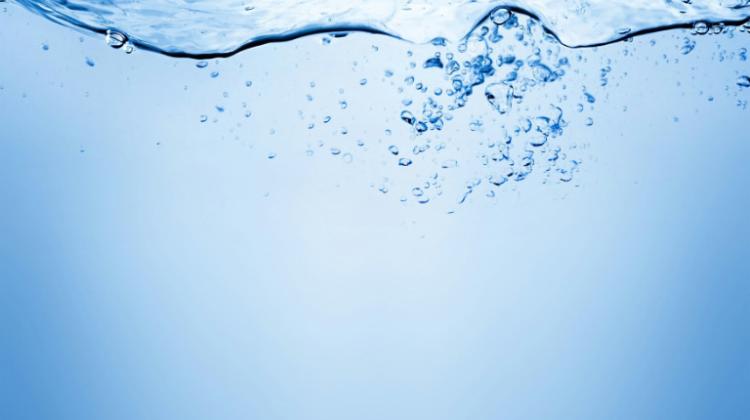 Reservoirs may increase the attractiveness of the city. When creating them, you can use storm water purified using the processes copied from nature. Prof. Maciej Zalewski talks about innovative ecohydrological solutions already successfully used in Łódź.

"When designing a city, we should pay attention not only to the infrastructure: efficient discharge of waste water, clear roads. We should also ensure that the city is a healthy and attractive environment for residents" - believes director of the European Regional Centre for Ecohydrology (ERCE) in Łódź under the auspices of UNESCO, Prof. Maciej Zalewski.

In his opinion, the quality of life in cities depends, among other things, on urban greenery. According to the researcher, contact with nature is beneficial not only for the well-being of residents, but also for their health. "In the greener outskirts of Łódź, the percentage of children with allergies (5 percent) is three times lower than in children who live in the centre of the city (15 percent)" - said Zalewski.

In an interview with PAP the ecohydrologist said that he used to live in the city centre. With time, however, he decided to move to the outskirts of the city. "In the centre I had a problem with going out for a walk. One lawn in front of the building was too little" - said the researcher. He began to wonder how to add more green to the city.

A RIVER THROUGH ŁÓDŹ

The researcher was particularly interested in water. "There are 18 rivers in Łódź. Some of them only drain storm water. They may be dirty, but it is still life in them" - said the researcher. Zalewski came out with the assumption that more storm water could be discharged into these rivers, reducing the risk of flooding, but under the condition that they would be pre-treated in the city, allowing to retain it in reservoirs, that in turn could become an urban attraction. Recreational areas could be established around such reservoirs. By restoring the natural character of rivers and turning them into corridors connecting parks, it would be possible to create a "blue-green network" in Łódź, which would have a positive impact not only on the well-being, but also on the health of residents. This may sound like utopia, but Prof. Zalewski decided make it a reality.

The researcher is the author of the re-naturization project of the Łódź river Sokołówka. As part of the SWITCH project funded by the European Commission, the ecohydrologist implemented his storm water pre-treatment system that uses natural processes occurring in nature. "Our solution allows to obtain clear water from cloudy brown liquid, storm water initially is" - said Prof. Zalewski. Clean water can in turn be stored in reservoirs.

Biofiltration system is already installed in Łódź on the river Sokołówka, and several of its variants - on the Górna Bzura, where another phase of implementation has been completed in the project Life+ EHREK. Work has begun on applying the solution in the south of Łódź, and in Radom - as part of the new LIFE+ project.

"At the beginning there were protests - people were afraid, for example, that there would be mosquitoes in the vicinity of new cleaned storm water reservoirs. But when we finished work, it turned out that the value of apartments in the area increased by several percent. This strengthened the belief that it is really worth it to incorporate green in the city "- said the researcher.

The idea of Łódź researcher uses many different water purification processes that occur in natural conditions. In Prof. Zalewski\'s solution, these processes are "condensed" in a small area. Prof. Zalewski explains that in order to achieve self-purification of water in normal conditions, 1-3 percent basin would have to be reserved and an artificial wetland created there. In the Łódź solution, an almost 10 times smaller area is sufficient to achieve similar or even higher efficiency of the purification process.

Prof. Zalewski\'s system consists of three zones: sedimentation zone, wherein the sludges fall, biogeochemical zone where phosphorus is removed from water, as well as an artificial wetland area, where the impurities are absorbed by plants. Several innovative solution are used: water purification by the soil and geotextiles, as well as selected strains of bacteria and plants. These few elements allow to improve the efficiency of the process in comparison with conventional artificial wetlands. The scientist told PAP that the system reduces up to 90 percent suspensions and 60 percent phosphorus from storm water. "If phosphorus gets into the reservoir, there may be toxic blooms of blue-green algae" - he explained.

The scientist admitted that the system is not maintenance-free - every now and then deposits that accumulate in the initial part of the tank need to be cleared. The solution, however, is designed so that as much as possible is achieved by the forces of nature.

Prof. Zalewski has studied self-cleaning processes of rivers for many years. This included basic research on the type of rocks in the substrate, the dynamics of groups of organisms living in the rivers, the selection of bacterial strains that most effectively reduce water pollution. At first, the researcher constructed systems similar to those observed in nature in the field station of the University of Łódź. "Over time, I began to reduce them to make them more effective and simple in design" - he said.

Head of ERCE explained that a new approach was necessary to be able to work out such solutions. "Traditionally, scientists propose to protect a particular species, a tree, or an area. In ecohydrology we focus on the analysis of the processes taking place in a part of the ecosystem - how the circulation of water or individual elements (especially phosphorus, nitrogen and carbon) occurs and how it is modified by humans. This allows to use the natural properties of ecosystems as complementary tools to the technical methods of purifying water, treating the maintenance of biodiversity as a fundamental condition" - he told PAP.

"Cities evolve and engineers try to maintain dense development, because land is expensive, and the purchase of land for investment must be cost-effective. But with the increasing wealth of society, people will move away from such densely built-up areas. We must therefore shape the city so that it is friendly for its residents. In the long term it will also translate to economic benefits" - concluded the researcher.