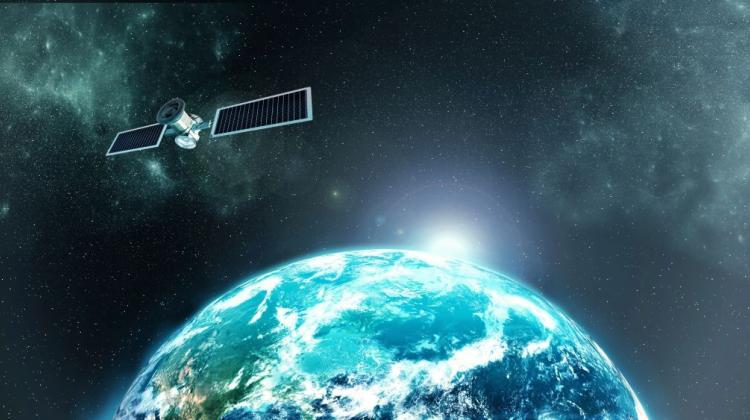 Active satellites and probes, space debris, and even items lost by astronauts. The Earth orbit is getting crowded, which is why scientists are preparing a system that will help them monitor the cosmic traffic and avoid costly collisions.

"The traffic in Earth orbit is getting heavier, and the costs of launching and use of the satellites are very large. Collision of a satellite even with a small object usually means a scientific and financial disaster, and sometimes even stops various scientific programs. In addition, satellites are used for various purposes, so their failures can have a negative impact on our lives" - noted Jerzy Łukasiewicz from the Air force Institute of Technology.

He is head of the Polish part of the European system for optical observation and tracking objects in space - SST (Space Surveillance and Tracking). Poland joined in 2014, as SST-PL. "In order to comprehensively monitor space, you need the cooperation of many, even hundreds of devices such as the ones that we are building now" - noted Łukasiewicz.

When preparing their system, Polish scientists want to primarily ensure the safety of working observation and telecommunications satellites and prevent their collisions with space junk. "A lot of space debris is created during launching rocket into space. There were also some cases in which the source of space debris was a collision of satellites. The collision of Chinese and US satellites created several thousand fragments. Such objects litter several adjacent orbits and threaten the objects that work for us" - the researcher explained.

The SST-PL will observe operating satellites, already included in the databases, such as the database maintained by the US-Canadian unit North American Aerospace Defense Command (NORAD), which contains several thousand objects. It will also identify unknown objects.

"Each state that launches a satellite has an obligation to notify the International Astronomical Union and give the orbit parameters of the satellite. But there are countries that do not do that, for example North Korea. Sometimes a military satellite changes its orbit and the world is not always notified. Our system will identify objects that do not exist in the database and determine the exact orbits. This way we will build our own base" - explained Łukasiewicz.

The construction of the system is all the more urgent that Poland is preparing to launch its own observation satellites, which will be in the low orbits of 400 to 600 km. "They will be in an area where there are plenty of other such devices. Theoretically it is possible that someone could redirect an old satellite into orbit that intersects the orbit of the our satellite, which could result in a collision" - Łukasiewicz told PAP.

Will scientists will be able to identify natural space objects that threaten us, for example asteroids? Of course there is a possibility, but it is not that simple. "Natural objects that move towards the Earth reflect solar radiation in different ways. Those that reflect very poorly are difficult to observe. However, because our system will automatically search for objects, which are not included in the databases and calculate their orbits, on this basis we can try to determine whether we are dealing with a natural or artificial object" - explains the project leader.

How do scientists want to track and identify objects in space? They will use a light collecting, moving telescope. The light will be transmitted to a high resolution CCD camera. Acquired image will be analysed by a computer system, which will use special algorithms to "pull" data allowing to automatically identify objects and determinate the parameters of their orbits.

Over time, the system will become remotely controlled and it will be possible to observe a fragment of the sky at a given time. The system will send the search results to the unit, which commissioned the observation.

Polish system will become operational by the end of 2017. National Centre for Research and Development announced the competition for the project of automated optical observation and tracking system SST-PL in July 2015. Ultimately, the project worth about 3.5 million zlotys will be implemented by the Air Force Institute of Technology, Creotech Instruments SA and the Military University of Technology.