Unmask the impostor: researchers on the trail of a cure for melanoma 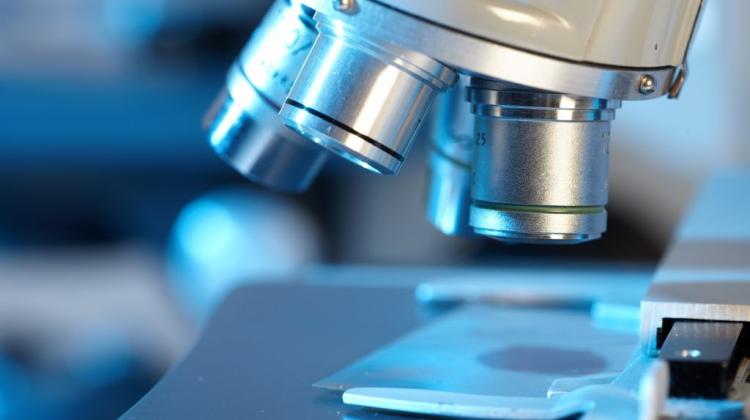 Deadly melanoma cells can fool our immune system by pretending to be innocent. Researchers from the University of Gdańsk are looking for new, better and cheaper compounds that would unmask the impostor cells.

Prof. Sylwia Rodziewicz-Motowidło from the Department of Biomedical Chemistry of the University of Gdańsk talks in an interview with PAP about work on a compound that may be effective against melanoma. The work is conducted by researchers from Poland and Switzerland.

"Melanoma is a very dangerous cancer. When the lesion is 1 mm thick and still in the epidermis, it can be surgically removed with no serious consequences. But when the cancer digs 5 mm into the dermis, it becomes dangerous to the human body and then it should be combated by other means, not just a scalpel" - said researcher from the University of Gdańsk and added that cancer cells frequently metastasise to lymph nodes and other organs, for example lungs.

She added that existing therapies are not very effective in an advanced disease stage and only slightly extend the lives of patients. A more effective solution is immunotherapy, in which patients receive antibodies to help the body to fight cancer. 60 percent patients undergoing such therapy survive about two years, which can be considered a great success, because with the previously used forms of treatment only 20 percent patients survived two years.

The problem is that immunotherapy is very expensive and its future consequences are unknown, because it is relatively new. "And we want to find a compound that will work like antibodies, but will be easier to obtain, store and administer. That would make it less expensive" - the researcher explained.

HOW DOES MELANOMA WORK

The researcher explained that melanoma is a cancer that arises from melanocytes - cells that produce pigments. Melanocytes are located, for example, in the skin and give it a colour, but they are also present in the iris of the eye. Sometimes - for example under the influence of the action of the sun - genes in a cell mutate and promote the disease. Cells undergo the process of carcinogenesis - proliferate and move from the skin to the dermal layer, then metastasise to other parts of the human body.

Normally, for example during infection, the immune system recognizes the pathogen and begins to fight it. In the case of cancer, numerous mechanisms have developed that reduce the effectiveness of immune function. This means that the melanoma cells circumvent the immune system. T cells, immune cells, have on their surface proteins such as, for example, BTLA. BTLA binds to another protein, HVEM, found on the surface of melanoma cells, preventing the activation of cytotoxic T cells. Vigilance of the immune system is therefore put to sleep. This allows cancer cells to spread rapidly.

Antibodies hitherto used in the immunotherapy bind with proteins on the surface of T cells, activating them to fight the tumour cells. You could say that they unlock the immune system.

Meanwhile, the Polish-Swiss team is looking for peptide compounds that will act on the immune system like antibodies. "For comparison, antibodies are built of 3 thousand bricks - amino acids, and peptides - only of 20-30 bricks" - noted Prof. Rodziewicz-Motowidło. She added that while scientists are able to synthesize peptides in a lab, antibodies are produced mostly in animal organisms, for example mouse or rabbit, or in tissue cultures.

In the search for peptides, researchers have had some success. "We have already designed and synthesized a peptide that binds to BTLA protein present on cytotoxic T lymphocytes" - the researcher told PAP. She acknowledged, however, that this compound, although it binds to BTLA, is not able to inhibit its interaction with HVEM protein and activate the immune system. "We are now working on modifying the compound to make it interact more strongly with BTLA" - said the researcher. As part of their study, the researchers also are testing an alternative route, they intend to use the resulting compounds for the production of antibodies in mice. They are hoping that these antibodies will block tumour growth.

In the study, Swiss researchers design compounds using computing methods, and the Poles synthesize and study these compounds. The compounds are then sent to Switzerland and undergo further tests there. Scientists also check whether the new compounds may inhibit the interaction of proteins BTLA-HVEM and thereby activate the immune system.

"Personally I think immunotherapy gives the best chance in the treatment of melanoma" - concluded Rodziewicz-Motowidło.

The study was funded as part of the Polish-Swiss Research Programme (PSRP) implemented by the National Information Processing Centre.