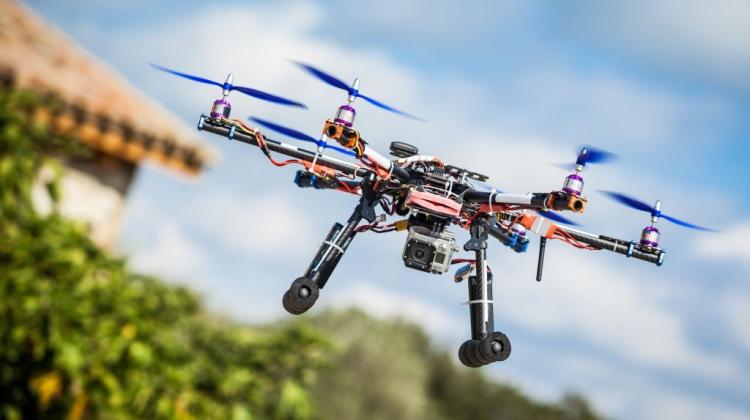 Students from Wroclaw University of Technology will start in October in the International Micro Air Vehicle Conference and Competition (IMAV) in Beijing. The competition involves participation in a rescue operation with drones of own design.

Andrzej Charytoniuk from the press office of the Technical University of Wroclaw told PAP, 27 teams from around the world signed up for the competition.

"The organizers - Beijing Institute of Technology and the National University of Singapore - have not revealed yet how many teams qualified for the competition, only the teams have been informed. Among the teams that qualified are students from the science club JEDI at Wroclaw University of Technology" - explained Charytoniuk.

"To qualify for the competition, we had to convince the organizers that we are able to build machines capable of performing the competition tasks. We described our activity and previous projects, and above all, we sent a recording that showed our drones and their capabilities. And we received a positive response" - added president of the science club JEDI Alan Sierakowski.

As reported, members of JEDI are preparing for the competition together with colleagues from the Academic Aviation Club at Wroclaw University of Technology. Students work together on both preparations for the start of the Beijing competition, and in the competition of unmanned aircraft that will be held a month earlier in Australia.

IMAV competition is a simulated rescue operation after an accident on an oil rig. There is an explosion, and employees must save themselves by jumping into the sea. They receive assistance from drones, which, among others, supply lifebuoys, and collect water samples for analysis.